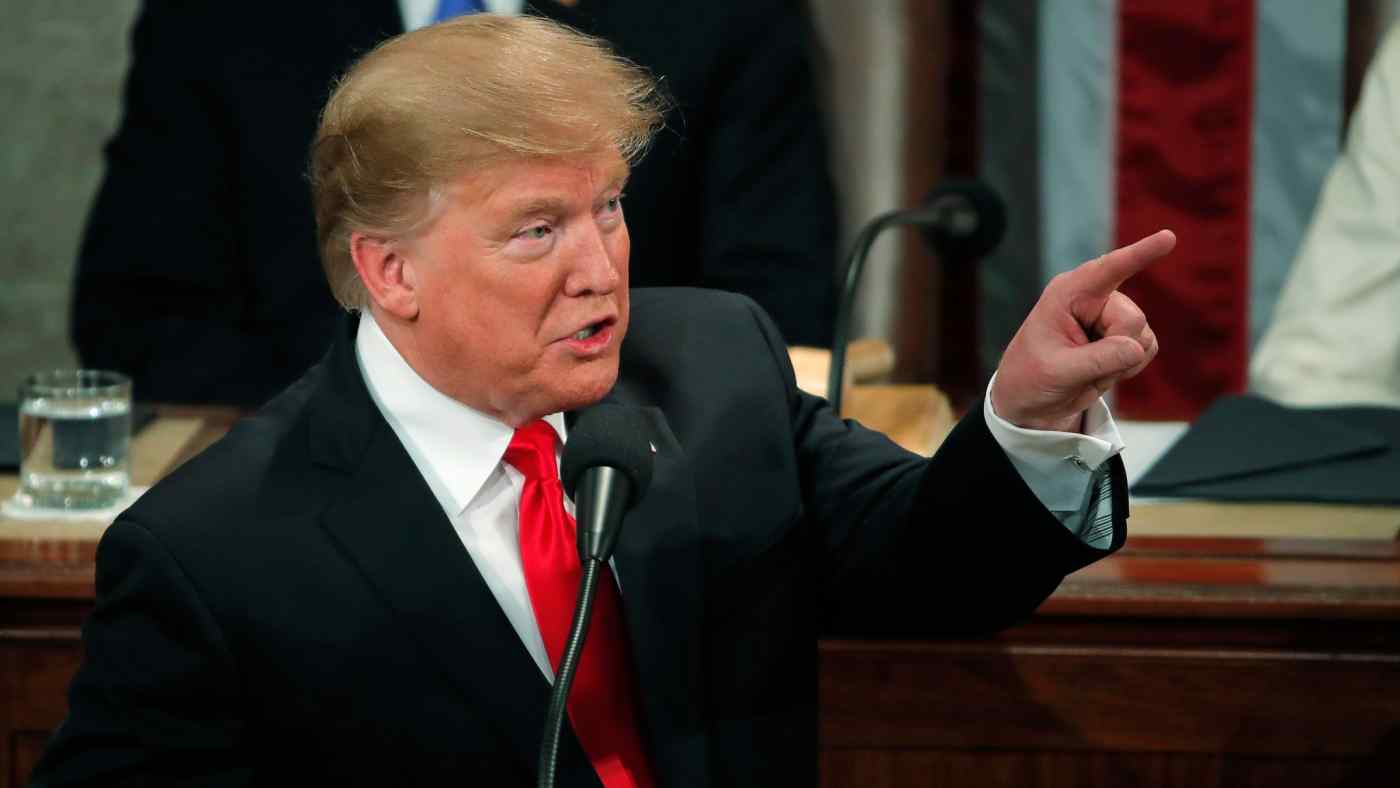 This -- Trump's divisive politics flowed through the speech.   © Reuters
CopyCopied

Much of the world, not least Asia, was looking to Donald Trump's third State of the Union speech for clues about the direction of U.S. policy during the final two years of his controversial presidential term.

The speech, his first since the midterm elections yielded a divided government as the Democratic opposition won the House of Representatives, was vintage Trump, full of bombast and boasts about his success in everything from the American economy to fighting Islamic State terrorists.