Trump and Xi put conciliation on the menu 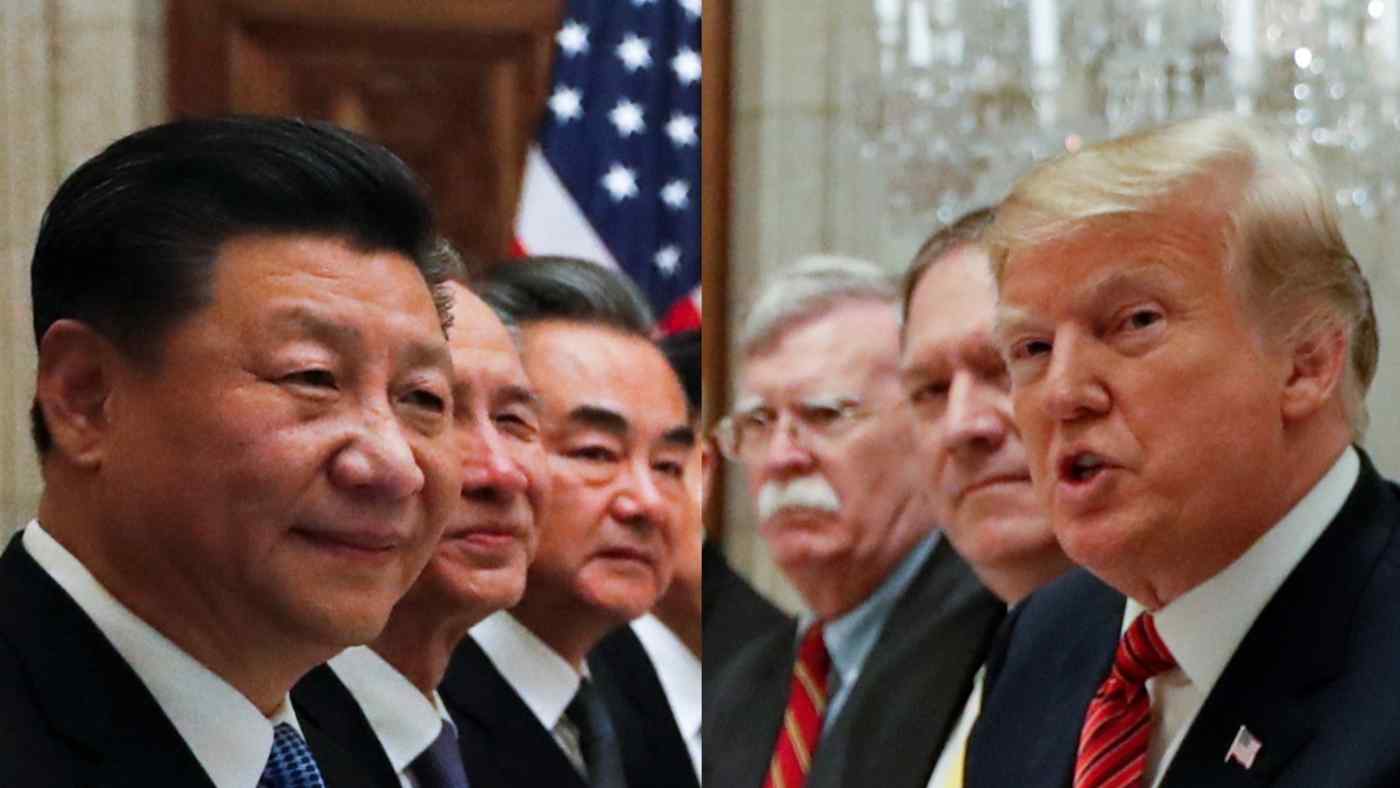 Over dinner, U.S. President Donald Trump and his Chinese counterpart Xi Jinping agreed to a 90-day cease-fire in their trade dispute.   © Reuters
CopyCopied

U.S. President Donald Trump and China's President Xi Jinping held a very productive dinner with their closest advisers on the margins of the Group of 20 summit this weekend. The inability of economic officials on either side to overcome mutual mistrust and constructively negotiate in advance of the summit placed the onus on the two heads of state to affirm their political will to address fundamental issues, with the goal of leveling the playing field for U.S. companies and creating a fairer and more reciprocal economic relationship.

The outcome of the dinner discussion was not resolution or even a truce, but a temporary cease-fire in their trade dispute for 90 days. The two sides will return to the negotiating table to address what the White House statement described as: "structural changes with respect to forced technology transfer, intellectual property protection, non-tariff barriers, and cyber theft, services and agriculture."

Trump agreed not to proceed with his threat to increase the tariff rate on $200 billion worth of Chinese goods to 25% from 10% from early January but indicated he would keep that option open after March 1 if no progress is made. In exchange, Xi agreed to return to buy U.S. agricultural products, energy and other goods. He also agreed to criminalize Chinese sales of the opioid fentanyl to the U.S., an issue about which Trump personally feels strongly, having lost his older brother to addiction in 1981.

Importantly, acrimony was set aside at the meeting and the chemistry between the two leaders was apparent. While the dinner may not mark the end of trade tensions and a final resolution, it does signal to businesses and the markets that the world's two largest economies are willing and able to rationally discuss their differences and seek ways to resolve them.

A key indicator that constructive negotiations are forthcoming is the identification of a 90-day deadline set on the truce, most likely stipulated by U.S. officials who are wary of China's negotiating approach which tends to over-promise, buy time, then under-deliver. The experienced China hands at the White House know this is not always a case of mal-intent, deception or deceit on China's part, but a reflection of the challenge Beijing faces implementing reform policies that are resisted by domestic stakeholders, such as provincial officials and state owned enterprises which can have vested interests that diverge from the central government's objectives.

The March 1 deadline is intended to pressurize talks that hold China accountable to measurably address objectionable policies and practices, but it is no guarantee of success. In April 2017, the two presidents at their Florida summit agreed to a "100-day Action Plan," which concluded with the Comprehensive Economic Dialogue in August 2017 with no joint statement and no concrete deliverables. What has changed this time around is that Xi and his advisers are less likely to question Trump's resolve and willingness to impose costs to achieve reciprocity and a more level playing field for U.S. companies.

Conspicuously quiet in the trade dispute are U.S. companies, which generally are pleased to see Trump take a tough line with China, but are displeased with tariffs as the primary tool to pressure China into negotiating concrete reforms. Unfortunately, they have proposed no alternatives to bring China to the table. U.S. administration officials have also put U.S. companies on notice that they need to diversify supply chains and avoid a trade trap where they are entirely dependent on Chinese suppliers or customers who can boycott or embargo U.S. trade partners when political or security tensions rise. China's track record of using trade as a tool of diplomatic coercion in security disputes with other trade partners makes this diversification strategy a prudent measure.

The Trump-Xi dinner at G-20 did not resolve the trade dispute, nor was it expected to. It did, however, create more favorable conditions for meaningful progress negotiating a more balanced, fair and reciprocal economic relationship with China that will benefit U.S. companies. Significantly, it also bought more time for those companies to adapt to a new economic paradigm that will ultimately be better for U.S. interests. Drew Thompson is a former U.S. Department of Defense official responsible for China, Taiwan and Mongolia and is currently a fellow at the Lee Kuan Yew School of Public Policy at National University of Singapore. He is on twitter @TangAnZhu.