No longer a matter of if, but when China will have its own domestic supply chain 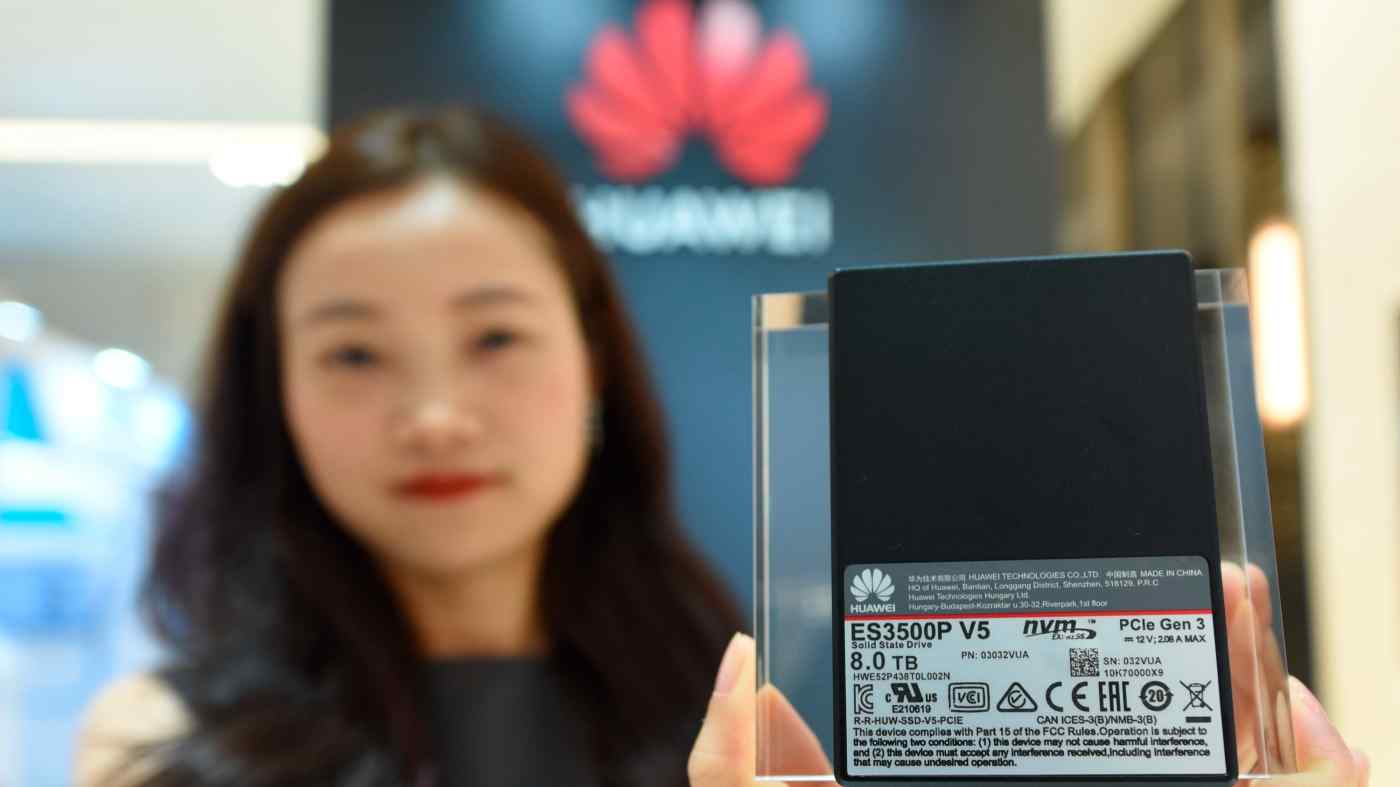 A staff demonstrates a product invented by Huawei at Flash Memory World in Hangzhou in August 2019: it is not a matter of if but when China will build its own industrial chain.   © Imaginechina/AP
CopyCopied

Looking at the current tech rivalry between the U.S. and China, the U.S.' stranglehold over China's semiconductor sector is a little bit like Liu Cixin's off-switch. By requiring all U.S. suppliers to apply for a license to sell technology to China's largest and most advanced chipmaker, Semiconductor Manufacturing International Corp., better known as SMIC, Washington has stated its intentions loud and clear: it will do anything to arrest China's advances in semiconductors and, therefore, its overall tech progress. This aggressive action achieves three things at once.

Firstly, it jeopardizes SMIC's march toward more advanced chip manufacturing processes such as 14-nanometer and 7-nm chips, where the smaller the distance, the more advanced the chips, with each step -- from 28nm right down to 3nm -- representing a major advance to the next generation.

The Shanghai-based SMIC had planned to aggressively ramp up its 14-nm fin field-effect multigate transistor process this year and speed up research of its 7-nm process. It will now be almost impossible for SMIC to pursue advanced processes including 14-nm and 7-nm chip manufacturing because the American suppliers that it relies on to supply critical equipment and materials, such as Applied Materials, are banned from doing business with SMIC.

Secondly, Washington's new license requirement wipes out Huawei Technologies' last flickering hope of securing a third-party chip manufacturer to make its self-designed chips. SMIC was barred from working with Huawei under a previous blanket ban on any component sales containing U.S. tech to Huawei. But there was hope that if SMIC could succeed in mastering the 14-nm and 7-nm processes, it could find a way to work around the ban and still produce chips for Huawei. Now, not only does that prospect appear doomed, but SMIC's own future is in doubt.

Finally, the license requirement greatly slows the capacity for China's entire semiconductor industry to advance. A semiconductor manufacturing plant, or foundry, is like an anchor that supports equipment, materials, design software, integrated circuit design houses, and end-users that together make up an entire semiconductor industrial chain. If SMIC can't advance its chip manufacturing processes, then the related segments won't work either. China's next biggest foundry is Shanghai Hua Hong Group, which is half the size of SMIC and a couple of generations behind.

Because of the extent of America's dominance of the market and the superiority of its chip technology, the U.S. lock on China remains tight and secure. The end goal for the Trump administration is to maintain and even deepen China's reliance on U.S. chips.

China is still the world's largest semiconductor market in terms of consumption, and, after Intel and AMD obtained licenses to continue supplying chips to Huawei -- still one of the world's biggest mobile phone sellers -- U.S. headquartered Qualcomm may be next. Overall, the export ban and entity list structure seems designed to facilitate U.S. chipmakers' continued dominance of the Chinese market.

On the other side, Chinese companies would be happy to continue buying American chips, but not for much longer. Because if the pain they have suffered has achieved anything, it has been to get Chinese companies crying with one voice on the need for China to move toward the domestic replacement of imported chips. As the industry insider joke goes, it's Trump's policies that are working as the biggest stimulus for China's semiconductor sector, achieving what China's industry policies and billions of taxpayer investment has so far failed to do.

Products are exhibited at the World Semiconductor Conference in Nanjing on Aug. 27: Chinese companies would be happy to buy American chips, but not for much longer.   © Imaginechina/AP

The need for a domestic replacement chip industry has certainly gained urgency this year, with Huawei reportedly building its own chip production line without U.S. technology. A 45-nm process production line is expected to be ready by the end of this year, with a 28-nm line coming next year as Huawei continues to advance its chip manufacturing processes.

Investors are also betting heavily on companies linked to China's domestic semiconductor companies, such as those in equipment, materials and software. Investment deals in the sector increased by 200% year-on-year to reach 60 billion yuan during the first seven months of 2020. That is expected to reach 100 billion yuan by year's end, or triple last year's total. This kind of private sector enthusiasm has never been seen before.

With money, talent, and the world's biggest chips market, it is not a matter of if but when China will build its own domestic industrial chain. And that will be the biggest loss of all for America's semiconductor companies, equivalent to watching the crown jewels slip through their fingers. Washington can't be unaware of this peril, but its short-termism is such that it only favors immediate gains and nothing else.

To be sure, China's domestic replacement effort must overcome several major challenges. Already, there have been several failed projects that have swallowed tens of billions of yuan worth of investment. Violent disruptions to a delicate global industrial chain will also damage those beyond the U.S. and China.

In Liu Cixin's The Three Body Problem, the aliens and humans faced destruction after centuries of struggle, a lose-lose scenario destined from the beginning of the novel. In the current U.S.-China tech contest, there is still hope that a similar fate can be avoided if both countries can get back onto a constructive, problem-solving path.