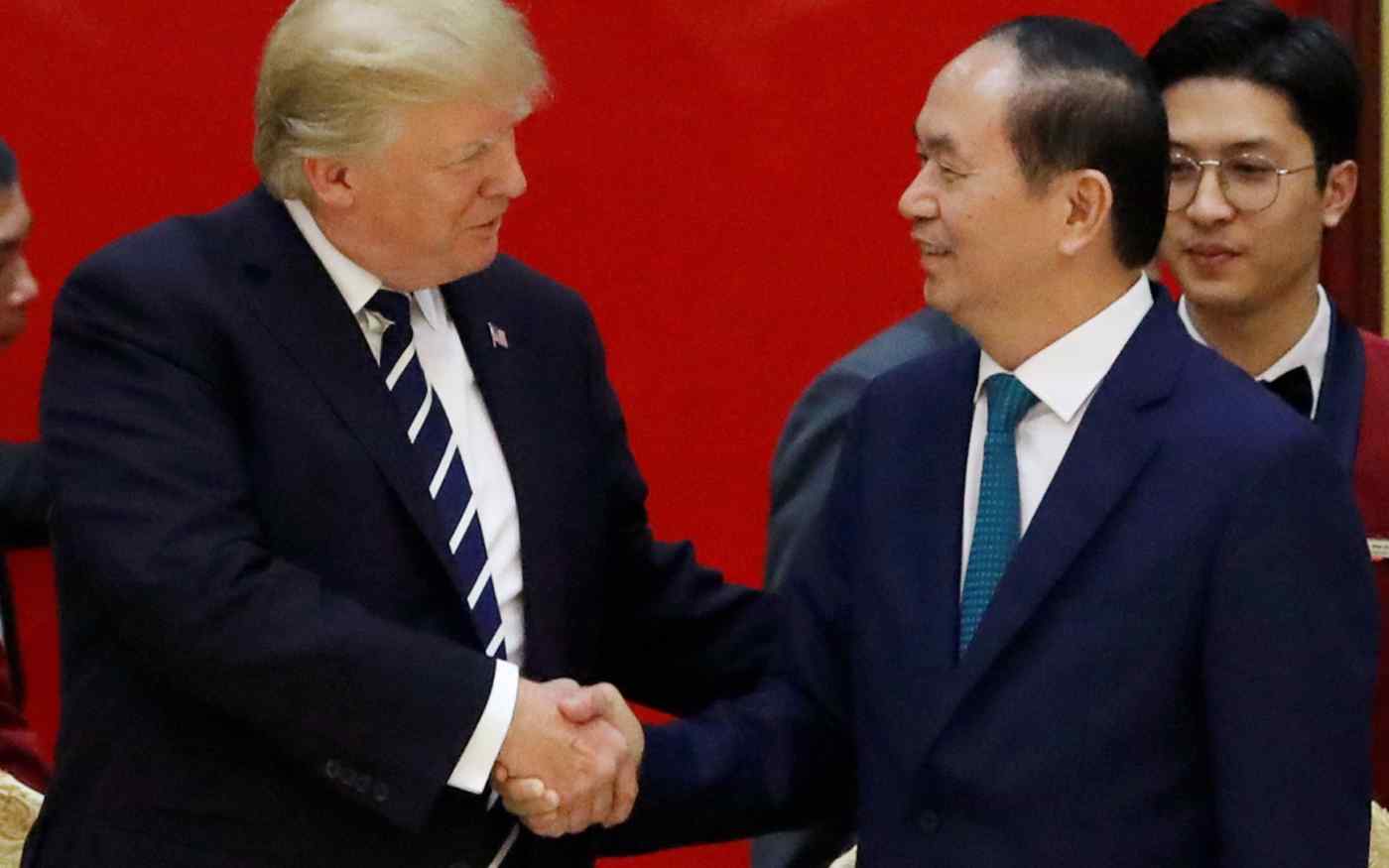 Earlier this week U.S. Secretary of State Mike Pompeo gave a speech that was widely viewed as Washington's response to the Belt and Road Initiative, China's giant pan-Asian infrastructure scheme.

But BRI involves investments worth many hundreds of billions of dollars. The new U.S. reply? $113 million. It's hard to think there weren't a few quiet chuckles in Beijing.

Pledging that President Donald Trump would seek "partnership, not domination" in Asia, Pompeo dismissed the idea that Washington might retreat from the region. "The United States will continue to create the conditions for mutual prosperity in a free and open Indo-Pacific," he said.

Yet those worried about growing Chinese sway are still likely to find Pompeo's plans disappointing. U.S.-China watchers have waited for meat on the bones of the "free and open Indo-Pacific" idea since Trump first talked about it last year. Pompeo's remarks suggest there may be barely any flesh at all.

This is a shame. Attempts to spell out a more prominent U.S. role in Asia are welcome. They are well-timed too, given signs of a growing backlash against BRI itself. Bringing together various transport and telecommunications projects, president Xi Jinping's BRI once seemed unstoppable. Yet of late it often appears beset by corruption scandals and concerns about opaque financing, delays and mounting debt problems linked to the loans Beijing has provided to its partner countries.

The most obvious example is Malaysia. Following his election victory in May, Prime Minister Mahathir Mohamad launched graft probes into an array of Chinese-funded projects. More than $20 billion have now been suspended, including a $14 billion rail line. The fate of a planned high-speed link between Malaysia and Singapore is also in doubt.

Similar discontent is easy to detect elsewhere. BRI-linked projects have caused public outcries from Indonesia and Myanmar to Sri Lanka and Vietnam. As well as worries about rising debts, such protests often focus on China's self-serving infrastructure development model, with projects run by Chinese contractors and built by Chinese workers that leave little left over for locals.

When China chooses to play by these same standards, as it does via the Beijing-based Asian Infrastructure Investment Bank, it also makes slow progress developing big projects. But BRI plays by faster and looser rules, offering little clarity on the criteria it uses to develop projects or the terms on which it offers funds.

Trump's presidency has been marked by isolationist rhetoric and destructive tendencies, not least his decision to pull out of the Trans Pacific Partnership trade deal. Yet few Asian leaders would welcome U.S. withdrawal from their region. Rather they hope the U.S. will stick around and act as a balance against inevitable Chinese expansion. The fact that Pompeo is even talking about crafting a more influential U.S. role is likely to be welcomed as he heads off to visit the region later this week.

Yet even judged on these charitable terms, Pompeo's specific plans remain underwhelming. His $113 million covered new projects in areas such as cybersecurity and energy. Elsewhere America's development finance institution, the Overseas Private Investment Corp., announced a new "trilateral partnership" to build infrastructure with the Japan Bank for International Cooperation and the Australian government, albeit while giving few details about how this might work.

Of India -- supposedly the fourth corner in the so-called "quad" strategic grouping along with Australia, Japan and the U.S.-- there was precious little mention. In short, those attempting to understand what the "free and open Indo-Pacific" might eventually mean in practice are likely to be left scratching their heads.

It is of course possible that China will continue to do the U.S.'s work for it, by developing infrastructure in ways that alienate those it ostensibly seeks to help. Those nations striking deals with Beijing should by now be well aware of the many strings that come attached to Chinese bounty. The more likely scenario, however, is that China will now learn from its mistakes and gradually re-fashion BRI in ways that will mitigate the current backlash.

More brutally, poorer Asian countries still need the money. $26 trillion worth of infrastructure investment is needed across the continent by 2030, according to the Asian Development Bank. Without viable alternatives, Asia's politicians will have little option than to turn to China.

Sri Lanka is one obvious case. Few countries have taken as much flak for their Chinese-linked projects. Last year its government faced global humiliation when it was forced to hand over a Chinese-built port on its southern cost to Beijing, having failed to repay the project's debts. And yet, last month, President Maithripala Sirisena happily accepted a new 2 billion yuan grant ($295 million) from Xi, which Sirisena said he planned to spend on housing projects.

The U.S. cannot compete directly with this kind of largesse. Instead, it must play a subtler influence game, drawing on its many cultural and economic strengths, alongside its formal network of military alliances. Pompeo is also right to argue that infrastructure is often best developed by creating the conditions for greater private sector investment, rather than in the U.S. seeking to mimic China's clumsy state-backed model.

Still, whether the U.S. likes it or not, its initiatives are going to be compared with China's. And here there needs to be far more substance in the "free and open Indo-Pacific," if the U.S. is to have any hope of challenging Beijing's expansion -- and retaining its own position as Asia's dominant power.

James Crabtree is an associate professor in practice at the Lee Kuan Yew School of Public Policy at the National University of Singapore. He is the author of "The Billionaire Raj."