Markets underestimate how election-year pressure will likely increase US protectionism For Trump, trade is essential to his message of grievance politics.   © Reuters
CopyCopied

Investors seem to think that they have already priced in trade restrictions imposed or threatened by U.S. President Donald Trump.

They include increased tariffs on Chinese products that went into effect on June 1, pending restrictions on the Chinese telecoms group Huawei Technologies,  existing tariffs on steel and aluminum produced outside North America, and the threat of escalating tariffs on Mexico -- "suspended" only if immigration enforcement goals are met.

For instance, the administration in late May "celebrated" Indian Prime Minister Narendra Modi's reelection by increasing tariffs on India as a result of removing it from a special trade program for developing countries, known as the Generalized System of Preferences, which grants tariff concessions.

India is by far the largest beneficiary of the GSP program, which covers nearly $6 billion in traded goods. While the Modi government is playing down the impact of the higher tariffs, the action undermines New Delhi's confidence in the U.S. -- even as U.S. defense officials talk about the importance of Indo-Pacific security cooperation. Migrants sit on the ground after crossing illegally to the United States: the threat of escalating tariffs on Mexico is suspended only if immigration enforcement goals are met.   © Reuters

What comes next? The Trump administration has announced that the Commerce Department is considering a new rule to apply anti-subsidy trade law to undertake legal actions against countries that may be using undervalued currencies to increase exports. Possible targets include Germany, Japan, South Korea, India and China. The announcement coincided with the release of the U.S. Treasury Department's biannual currency report, which could provide the potential basis for any such trade actions.

Currency manipulation has been a constant theme in trade disputes with China. But using trade law to punish countries with allegedly undervalued currencies has not been a policy option since the mid-1980s, when it was used in conflicts with Japan and South Korea.

Because trade tools have not been used as a weapon in currency valuation disputes in recent years, financial investors may be tempted to dismiss this idea.

But that would be a failure of imagination. The abrupt stepping down of Kevin Hassett, the chairman of the White House's Council of Economic Advisers, whose departure was announced on June 2, is further evidence that moderation and "traditional" thinking about trade remedies and macroeconomic policy is not to be counted on in this administration.

The European Union remains concerned about tariffs being imposed on Airbus aircraft because of state subsidies it receives. Trump could also declare later this year that imports of foreign cars represent a "national security" threat to the domestic car industry and impose tariffs on European, Japanese and possibly South Korean luxury cars, threatening global auto trade expectations and supply chains.

There is a greater systemic risk in Trump's trade policy. By end-year the World Trade Organization will lack a quorum of trade judges in its version of the "Supreme Court," opening the door for Trump to withdraw from the WTO, an action that seems to have the support of U.S. Trade Representative Robert Lighthizer and National Security Adviser John Bolton.

Market investors may discount the immediate impact but a U.S. departure from the foundational trade rules regime would have profound implications for the trading system that are difficult to predict.

This list is admittedly a worst-case scenario. In some instances a deal could be reached, such as with Mexico. In other cases, the Trump administration may postpone deadlines to avoid rattling business and market confidence with too many restrictive moves in such a short time.

Still, the overall pattern is clear.

Trump's mercantilist credentials extend back to his first presidential foray in 1988. To dismiss his role as "Tariff Man" as simple protectionism misses the point. For Trump, trade is essential to his message of grievance politics in a White House that deploys the language of an insurgent opposition movement.

In the three states of Wisconsin, Michigan and Pennsylvania that clinched Trump his 2016 presidential victory, he used the issues of immigration and imports to argue that working-class white voters were being unfairly treated and that the government did not have their backs. Whether it concerns the import of people or goods, Trump focuses on these twin injustices -- illegal immigration and illegal trade -- as core messages in his campaign to woo voters he portrays as victims of policy failures in responding to outside threats.

The current lead of former Vice-President Joe Biden in opinion polls for the Democratic presidential nomination and his appeal to blue-collar working-class voters may have prompted Trump to accelerate and deepen his own trade activism. Expect him to go even further if Biden sustains his status as the Democratic front-runner. 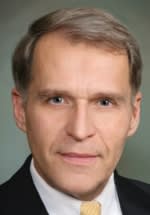 Kevin Nealer is a principal of The Scowcroft Group, a former U.S. government trade lawyer and nonresident senior fellow at the Center for Strategic and International Studies in Washington D.C.