Trump's 100-day dash to a disorderly break-up with China 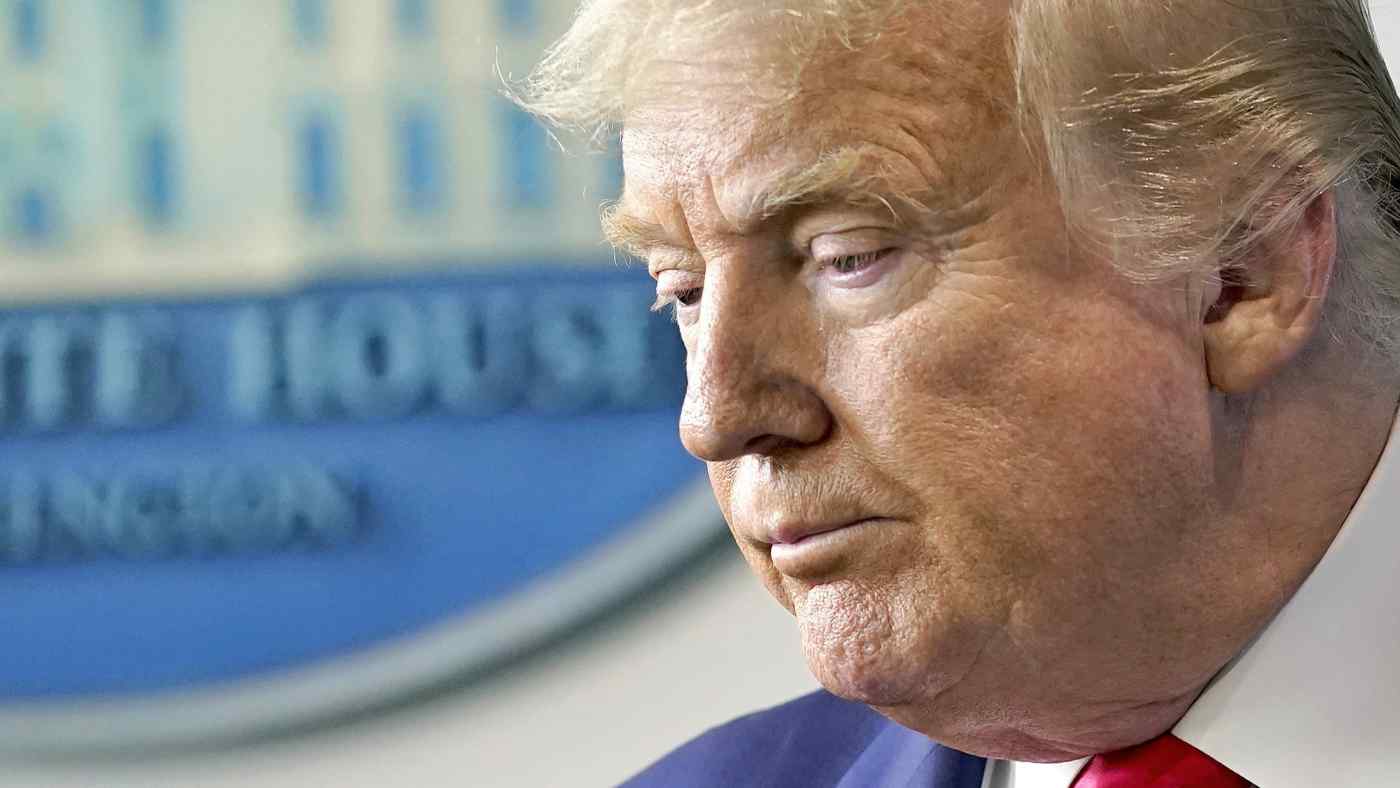 Trump replied with "whatever" to concerns about WeChat ban hurting Apple.   © AP
CopyCopied

Political leaders tend to obsess about their first 100 days in office. President Donald Trump is now focused squarely on what looks likely to be his last 100, as he rushes through measures to ensure a disorderly technology decoupling with China.

With roughly three months left until the U.S. Presidential elections, Trump is a man in a hurry. Over recent days he issued one further new edict demanding ByteDance divest its U.S. TikTok operations within 90 days. More are likely, he hinted, to target Chinese tech giants.

TikTok has attracted more headlines, but it is his attack on Tencent's WeChat messaging app that may eventually turn out to be the most consequential of these recent moves, both for the breadth of its impact and the damage it could do to U.S. business in China.

In early August, Trump created confusion with an executive order demanding U.S. companies stop using WeChat within 45 days. Its wording is ambiguous, however, leaving American executives unclear about whether it applies merely in the U.S., or to their Chinese operations as well.

Tencent shrugged it off, claiming the order did not apply in China, where the majority of its more than 1 billion users are based. But U.S. companies with sizable Chinese footprints, from Disney to Apple, are alarmed.

It is hard for those outside China to grasp the extent of WeChat's domination of Chinese business and personal communication, a fact driven home to me on a visit to Beijing's Zhongguancun tech district a few years ago.

I'd spent a day talking to workers at a large internet company, who worked exclusively by flicking through WeChat groups, ignoring the tools commonly used in Western offices. "I'm curious," I asked one. "How many emails do you get a day?" "One or two, sometimes none," she replied, giving me a look that implied office email was about as old-fashioned as handing over actual cash to buy a coffee.

This domination explains U.S. companies' anxiety. Even if their employees in China can keep using WeChat, the order will stop U.S.-based workers at companies like Ford Motor or Goldman Sachs using it to communicate with their Chinese offices. It may be that the order also prohibits U.S. companies from using WeChat's payments systems for business transactions, which would be a significant competitive disadvantage.

Then there are specific issues for Apple, which under the order may, as a U.S. company, have to take WeChat off its app store. This could severely damage iPhone sales in China, sell-side analysts suggest, as Chinese consumers switch phone makers to keep hold of the service. Appler may have to take WeChat off its app store.   © Getty Images

You might expect a U.S. president to try and protect the interests of major U.S. businesses operating in China. But as he careers toward election day, Trump genuinely seems not to care. Indeed, he made this abundantly clear at a recent press conference. When asked about such worries, he scowled and replied with an insouciant "whatever."

Nor do they much trouble the two camps pushing Trump's aggressive last 100-day agenda on China behind the scenes.

The first, associated mostly with trade aide Peter Navarro, wants U.S. manufacturing operations in China to move back home. The second views China more as a civilizational and geopolitical threat, of the kind Secretary of State Mike Pompeo described in a hard-line speech entitled "Communist China and the Free World's Future" in late July.

Neither group worries much about damaging the Chinese operations of U.S. businesses. Indeed, both would almost certainly be happy to see their footprint reduced, in the name of decoupling in general, and protecting domestic manufacturing or national security respectively.

Both groups also realize their time in power may be running out, and are thus especially keen to bind the hands of a likely incoming Biden administration. This was the point of Pompeo's vague but potentially wide-ranging recent "clean network" plan to remove Chinese companies from U.S. internet architecture, from fifth-generation, or 5G, networks to undersea cables.

The more alarming point is how quickly measures like these are being pushed through, mostly seemingly without consultation or careful consideration of longer-term consequences. The idea that TikTok ought to be banned in the U.S., for instance, only really took hold in early July, in the aftermath of India's decision to do just that.

So even if Trump's current WeChat order does not stop U.S. companies using the service in China, a future ruling might well now do so. Certainly the national security rationale of the existing order, which argues that WeChat takes "vast swathes of information from its users" which be handed over to China's Communist Party state, would appear to apply to U.S. companies operating in China as well.

In what may be the twilight days of his administration, Trump and his allies face the uncomfortable fact that many American companies do brisk business in China, the world's most important emerging market. Most would like to keep doing so.

Trump's goal therefore appears to be to make their lives as difficult as possible, in the name of forcing through rapid and potentially irreversible decoupling between the world's two largest economies. Expect more of the same in weeks and months to come. You can create a lot of disturbance in 100 days.