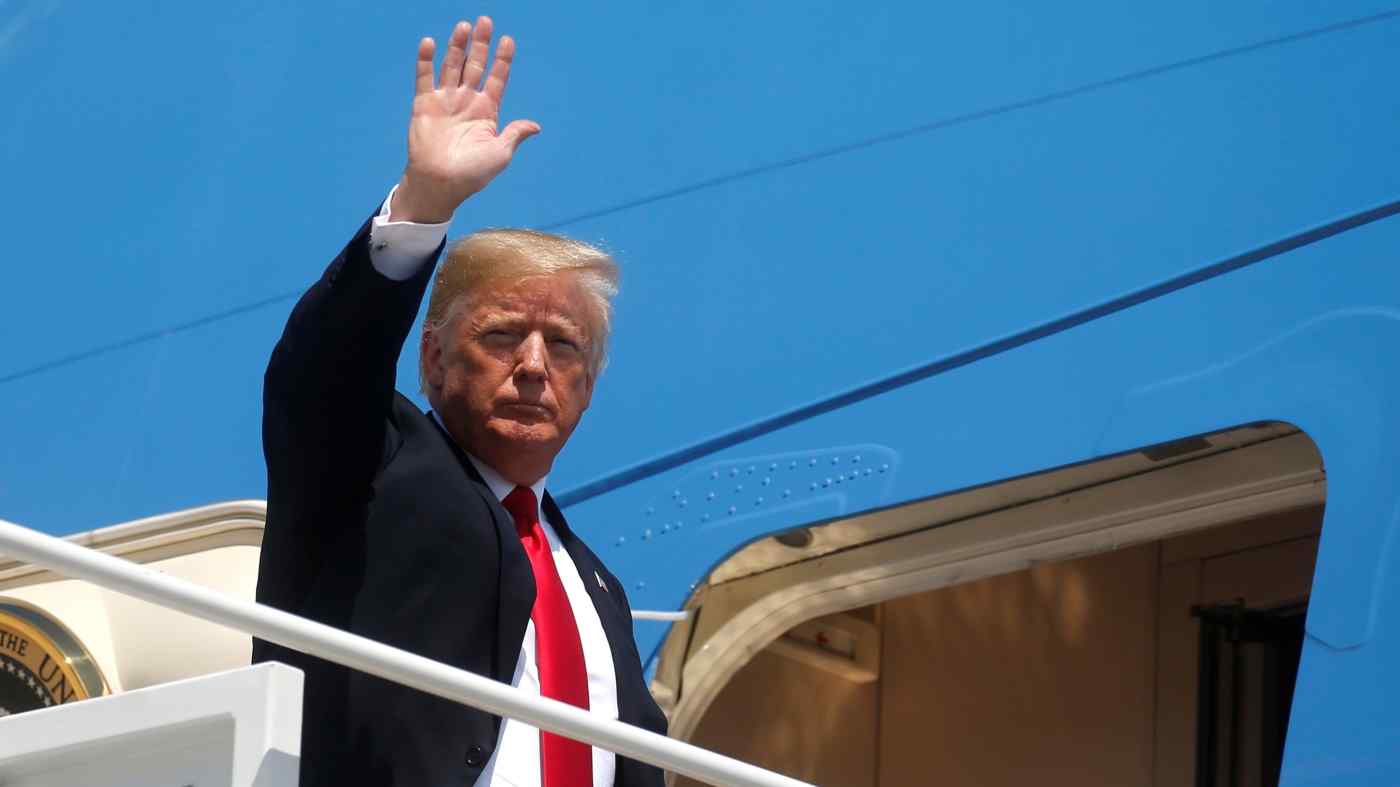 World leaders seek to divine the direction of U.S. policy often by listening to a president's words, or by watching his actions. In Donald Trump's case, the trick is to follow Air Force One.

Asia just got word that Trump is pulling out of two highly anticipated regional summits in November: the 10-member Association of Southeast Asian Nations and the 21-member Asia-Pacific Economic Cooperation forum. Together, these absences will stoke concern about Washington's disregard for Asia and will strengthen China's position as regional power broker.

This is hardly the first time Asia felt snubbed by a White House. In 2007, then-President George W. Bush irked leaders by rescheduling a planned meeting with Southeast Asian nations in Singapore. In October 2013, it was Barack Obama skipping an APEC summit in Indonesia.

Yet in both cases, at least plausible explanations were offered. Bush and then-Secretary of State Condoleezza Rice (who missed an ASEAN summit in September 2007) were dealing with surging violence in Iraq. Obama claimed to be heading off a shutdown of the federal government (lawmakers shut it down for two weeks anyway).

Trump's excuse? The White House did not bother to give one. More time for golf, perhaps. Yet Trump's absence is a fresh reason for Asia to doubt Washington's reliability as a counterweight to China. It is also a gift to President Xi Jinping, who now has freer rein to position China as savior of global capitalism and bastion of stability.

We tend to think of China as on the losing end of Trump breaking the global economic system. Surely, Washington tossing sand in the gears of China's vital export engine is the last thing Xi needs. But it is really America's future that Trump is breaking. While Trump thinks in terms of the next tweet, China plays the long game, one that it can raise in his absence.

At the ASEAN summit in Singapore, Beijing now has scope to sell China as a one-stop shopping destination for economies under pressure. With the Indonesian rupiah at 20-year lows and the Philippine peso down 7.4% versus the dollar this year, Beijing can position itself as the International Monetary Fund of the East. While neither Jakarta nor Manila need Argentina-style bailouts, Xi's team can scare off speculators. He can dangle currency-swap arrangements or pledges to buy government debt.

At APEC, this year in Papua New Guinea, Xi already plans to host his own side summit of sorts. Without Trump on hand to hijack the news cycle, China has greater latitude to sell its grand development projects. They include the ambitious Belt and Road Initiative and Asian Infrastructure Investment Bank.

While Vice President Mike Pence will attend ASEAN and APEC, everyone knows Trump's White House is a one-man show. Pence's role is ceremonial, at best.

"Symbolism matters," author and commentator Gordon Chang says of Trump. "The Chinese have made gains when his predecessors have not attended."

Obama's absence in 2013, for example, created space for Xi's team to spin Beijing's team-player aspirations. Coming amid the emerging-market "taper tantrum," the moment proved ideal for Beijing's designs on helping economies. The quid pro quo being that governments from Indonesia to Mexico look to Beijing in times of trouble, not Washington.

Yet Obama pursued a "pivot to Asia" strategy. Trump is pivoting away from the most promising markets of tomorrow, hurting corporate America's longer-term interests.

Trump's snub, meantime, is something much bigger. The "America First" president's misadventures in Asia began at last year's APEC gathering in Da Nang, Vietnam. Trump brought his hard line nationalism into the room. "We are not going to let the United States be taken advantage of anymore," he declared.

Team Trump also was forced to look the other way as the 11 remaining Trans-Pacific Partnership members struck a deal -- without the U.S. His first act as leader was reneging on TPP, which Japan's Shinzo Abe, his closest ally, spent considerable political capital joining. The same with the governments of Malaysia and Vietnam.

Next came Trump's 25% tariffs on steel and 10% on aluminum, followed by 25% taxes on $50 billion of Chinese goods. Trump threatens to add a zero, going as high as $500 billion, and slap a 25% levy on cars and auto parts entering the U.S. The disruptions to Asia's supply chains, and those yet to come, will form the core of discussions at upcoming summits.

Even Trump's sole step on Asian soil this year was a fiasco. On the way to Singapore in June, he famously blew up a Group of Seven summit in Quebec. There, Trump feuded with Canadian Prime Minister Justin Trudeau, refused to sign the communique and then left early. He made a big show of hopping on Air Force One, even as G-7 leaders met, for his rendezvous with Kim Jong Un.

The summit with North Korea's leader made for great theater -- and headlines to distract from Trump's scandals and investigations back home. But his antics there arguably left Asia less safe in the long run. Along with giving Kim a pass on human rights, Trump agreed to a cessation of U.S.-South Korean joint military drills, catching Seoul off guard. The Trump-Kim "agreement" has since given way to renewed rancor between Washington and Pyongyang.

Trump, oddly, blamed China's Xi for the breakdown -- and costing him the Nobel Peace Prize for which he was angling. Now, Trump is even tossing bizarre claims Beijing's way. On Aug. 30, he asserted that China, not Russia, hacked the infamous email server of presidential rival Hillary Clinton. China Daily, a government mouthpiece, retorted that Trump was sending "messages from an alternate universe." Could even more aggressive tariffs be on the way?

But then Trumponomics is its own alternate universe. Trump promised "smarter" trade deals with China, only to have to bail out the American workers his dumb tactics are hurting. Talk about an economic own goal.

True, a $1.5 trillion tax cut in December is working its way through the economy. Unemployment is 3.9% and manufacturing is showing signs of life. The sugar high will wear off soon enough, though. Trump's trade war will leave America even less competitive because companies have less incentive to innovate and increase productivity.

Trump's trade war is surely a hassle for Xi. Beijing has been forced to reopen the credit spigot and ramp up stimulus efforts. In the long run, though, Trump is making China's standing in Asia great again, while America skids off the runway.