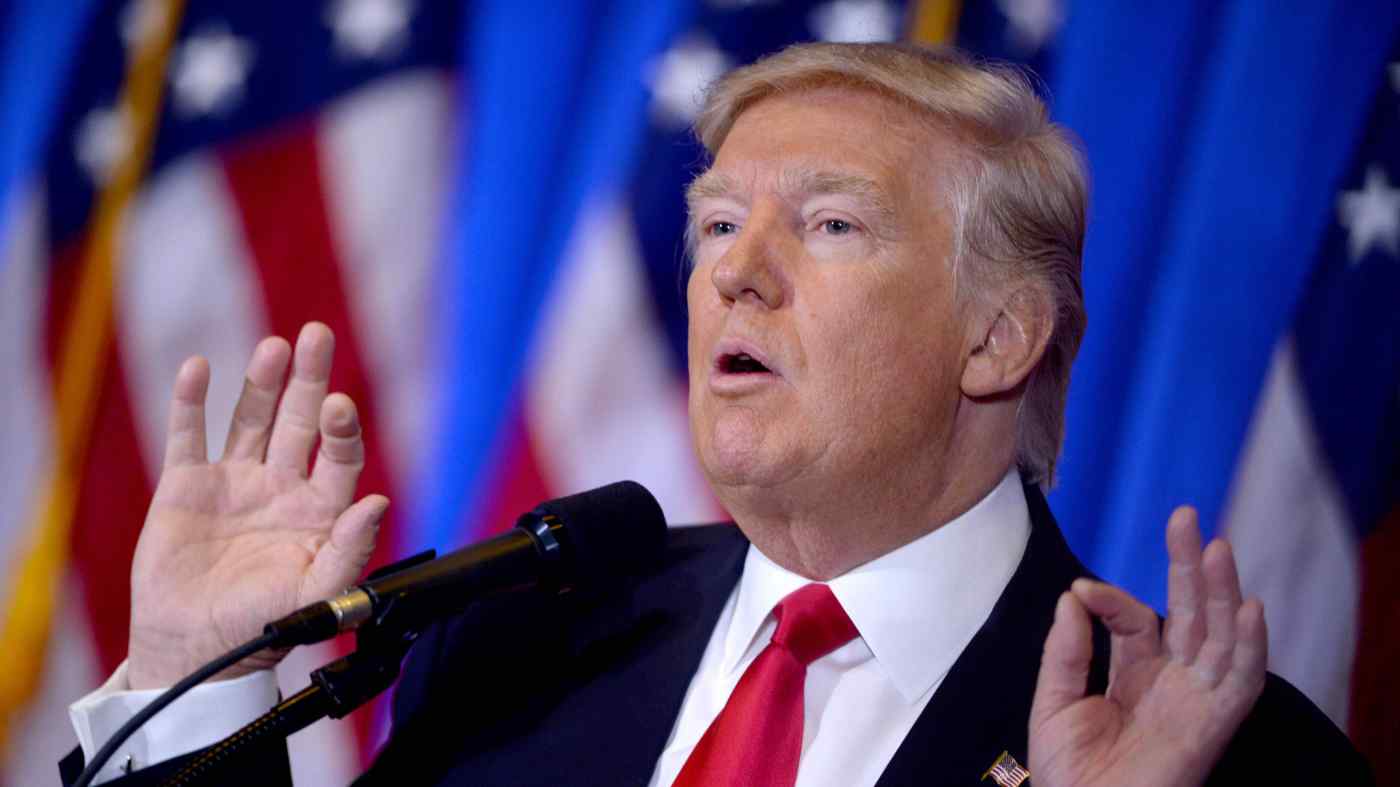 Donald Trump's presidency is unraveling and taking the U.S. dollar down with it, in ways sure to darken Asia's 2020 even further.

Ordinarily, Asia takes a softer dollar in stride, though the recent 10% drop since March is something beyond normal exchange fluctuations. That partly reflects the about-face in U.S. growth prospects amid all the COVID-19 fallout. But the speed of the downshift suggests three-and-a-half years of Trumpian caprice is finally catching up with the global reserve currency.

Trump's trade war, his chaotic policies toward China, the trolling of key allies from South Korea to Germany are the talk of foreign-exchange dealing crowd. Even by Trump's standards, his bizarre, mafia-like attempt to shake down TikTok has currency punters wondering what, oh what, the erratic U.S. leader up to. Trump was impeached for essentially seeking a bribe from Ukraine. Now he appears to be trying to extort Beijing for a cut of any sale proceeds of the wildly popular video platform to Microsoft.

Yet posterity may show that the dollar's biggest problem is a colossally botched response to the pandemic. The decline, says Stephen Jen, chief executive at Eurizon SLJ Capital, is less about the fundamental state of the U.S. economy than a "bet on relative control of the virus."

As the November 3 election approaches, it is the coronavirus that is in fact controlling the U.S. Trump does not just appear to have given up on battling the pandemic -- he is trying to convince Americans COVID-19 curve heading toward the stratosphere is simply not real. 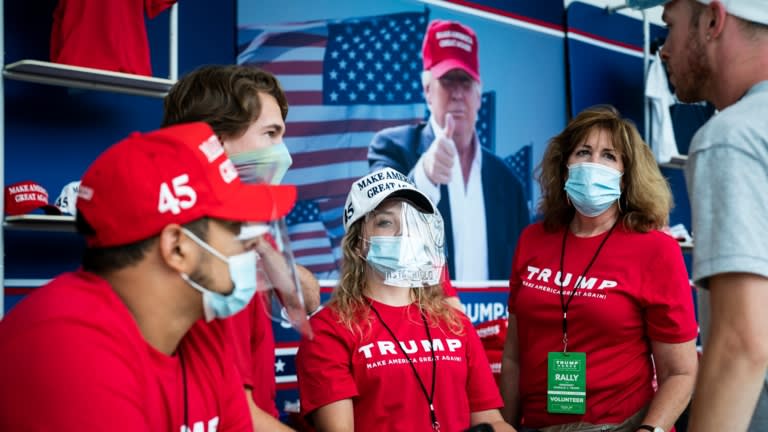 People sell Trump Campaign merchandise at the BOK Center in Tulsa on June 20: it is the coronavirus that is in fact controlling the U.S.   © The Washington Post/Getty Images

Fitch Ratings is not buying it. Last week, the credit arbiter warned of a "deterioration in the U.S. public finances and the absence of a credible fiscal consolidation plan" put America's AAA rating at risk.

Asia's economic stability, too. The region is having enough trouble stabilizing growth at a moment when there are effectively no real markets for goods. Worse, the linchpin asset of the global financial system going wobbly is the last thing policymakers need in 2020. All of which raises a few big questions for this region.

Firstly, what if Trump leans into a sliding dollar? His Twitter feed pulsates with yearslong anger over his belief that Asian governments are stealing U.S. jobs with undervalued currencies. In the 1980s, when Trump was a New York property mogul, Japan was the place that had "sucked the blood out of America" and "gotten away with murder." Nowadays it is China's yuan that is "killing us."

As his economy disappoints and with his supporters on the lookout for a scapegoat, Trump may indeed instruct his Treasury Secretary Steven Mnuchin to devalue the dollar. In 2016, he mused about essentially defaulting on U.S. debt. In May, reports emerged about a plan to cancel portions of the $1 trillion-plus of U.S. Treasury debt Washington owes China.

Secondly, is trade war 2.0 on the horizon? Trump's TikTok shenanigans suggest an intensified assault on Chinese tech. What started with Huawei Technologies and mainland fifth-generation, or 5G, technologies in general is now targeting apps beloved by teenagers. The irony, of course, is that in trying to beat China, the Trump White House is acting too much like a Chinese Communist Party official used to ruling by diktat. This Chinafication of America -- including media intimidation -- makes Team Trump a poor messenger for outrage over Beijing delaying Hong Kong's elections.

Asia is right to worry what comes next between now and November 3. Risks include Trump adding new China tariffs or slapping 25% taxes on cars and auto parts, which would devastate supply chains. He might make good on threats to bar tens of millions of Chinese Communist Party members from traveling to the U.S., taking the U.S.-China tit-for-tat to another level. He could move to delist Asian companies with even distant Chinese ties.

Finally, is China ready to fill the void? There is little doubt that Asia's biggest economy is recovering faster than Trump's. That could be good news for an Asian region in dire need of a growth engine. The bigger question is whether China is ready to fill the void in the longer run as Trump's America collapses.

For all Trump's talk of making America great again, posterity may remember him doing even more to raise China's clout. If Trump's Washington is not careful, the dollar could be a TikTok video's length away from also-ran status.