The recent imposition of tariffs by the Philippines on cement imported from Vietnam has attracted a surprising amount of attention. Some have suggested this is a sign of contagion from those imposed by the U.S. and China on each other and fear that other countries are now following suit and dialing up their use.

Others ask whether we are all now hyper-sensitized to their use because they have become the signature foreign policy tool of U.S. President Donald Trump.

I would argue that the American approach and what we are seeing in the Philippines are two very different things, and that the former should concern us very deeply.

Vietnam has been enjoying huge growth in cement exports thanks to large production capacity additions, and the Philippines seems to be trying to hold back some of that wave from crashing on its shores and swamping domestic producers.

Such use of tariffs is pretty common. Sometimes they take the form of countervailing duties meant to offset export subsidies, or sometimes they are labeled "anti-dumping" because the government believes the foreign company is selling below what it charges in its home market.

Developing countries often use them to shelter industries at home to protect jobs and discourage imports. In fact, the U.S. practiced this when it too was a developing country.

The Tariff Act of 1789 imposed a 5% levy on all imports, and Alexander Hamilton, America's first Treasury Secretary, was a strong proponent. He felt that it would shield the country's burgeoning manufacturing sector and promote industrial growth over the long term.

Tariff collections were the major source of income for the U.S. government until the start of the federal income tax in 1913. After World War II, tariffs declined as the U.S. and other Western countries shifted toward recognizing the benefits of trade and emphasizing its growth from a policy perspective.

Today Trump is playing a different game. He is using tariffs as a foreign policy tool, and his comments that the U.S. dollar is overvalued reflect a somewhat simplistic belief that wide-ranging and relatively indiscriminate tariffs can reset the terms of trade between countries.

That is why he not only tweets about the impact of tariffs on China, but also wields the threat of tariffs toward the E.U., Japan, Canada, Mexico or anyone who happens to wander into his line of fire.

It is revealing that he is willing to hold back on some tariff increases on Chinese imports until after the autumn and holiday inventory stocking season, or that the administration will accept appeals from domestic retailers as well as manufacturers and make exceptions for those who complain loudly enough.

This suggests to me that tariffs are being used as a macro policy tool, much like it was before the time countries started to recognize the benefits of free trade and a more liberal economic order, rather than tactically on localized trade distortions. But it does make for exciting and somewhat unpredictable news every day.

We have been living in a relatively benign global trading environment over the last three decades. Since the end of World War II and the formation of the General Agreement on Tariffs and Trade, led by the U.S., we have experienced a great opening up of the world and a dramatic increase in trade and economic growth globally.

While there have been tactical skirmishes, like the "chicken tax" of the 1960s that led to a 25% U.S. import tariff on certain pickup trucks, or import quotas on Japanese cars into the U.S. in the late 1970s, by and large we have seen tariffs and trade barriers move out of the headlines into what I describe as narrow focused issues that mostly have their roots in protecting jobs in specific domestic sectors.

Therein lies a great challenge. Most people today grew up in this benign era, and do not remember a world where there were high tariffs and trade barriers. And since few were either born or old enough at the time, they do not remember the consequences of the Smoot-Hawley Tariff Act of 1930 which raised import duties by an average of around 20%.

This led to retaliatory tariffs from European countries and a halving of imports and exports that exacerbated the Great Depression. Instead, most people simply take for granted the benefits we all receive from an open trading system.

The benefits will not last if other countries follow the U.S. and erect more trade barriers. So even while Trump sends tweets on his Asian-assembled smartphone through Chinese-assembled servers using chips manufactured in Taiwan, his pace of introduction of new tariffs means the products that were assembled across intricate global supply chains are going to start costing more.

That will inevitably lead to price increases and a slowing of economic growth. Somebody has to pay for it, and ultimately it will be consumers.

Let's hope other countries don't follow Trump's lead and use tariffs as a blunt instrument. We should all study more history. I worry that we will have to learn some of those hard lessons again. 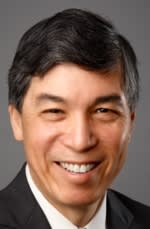 Willy Shih is a Professor of Management Practice at the Harvard Business School.