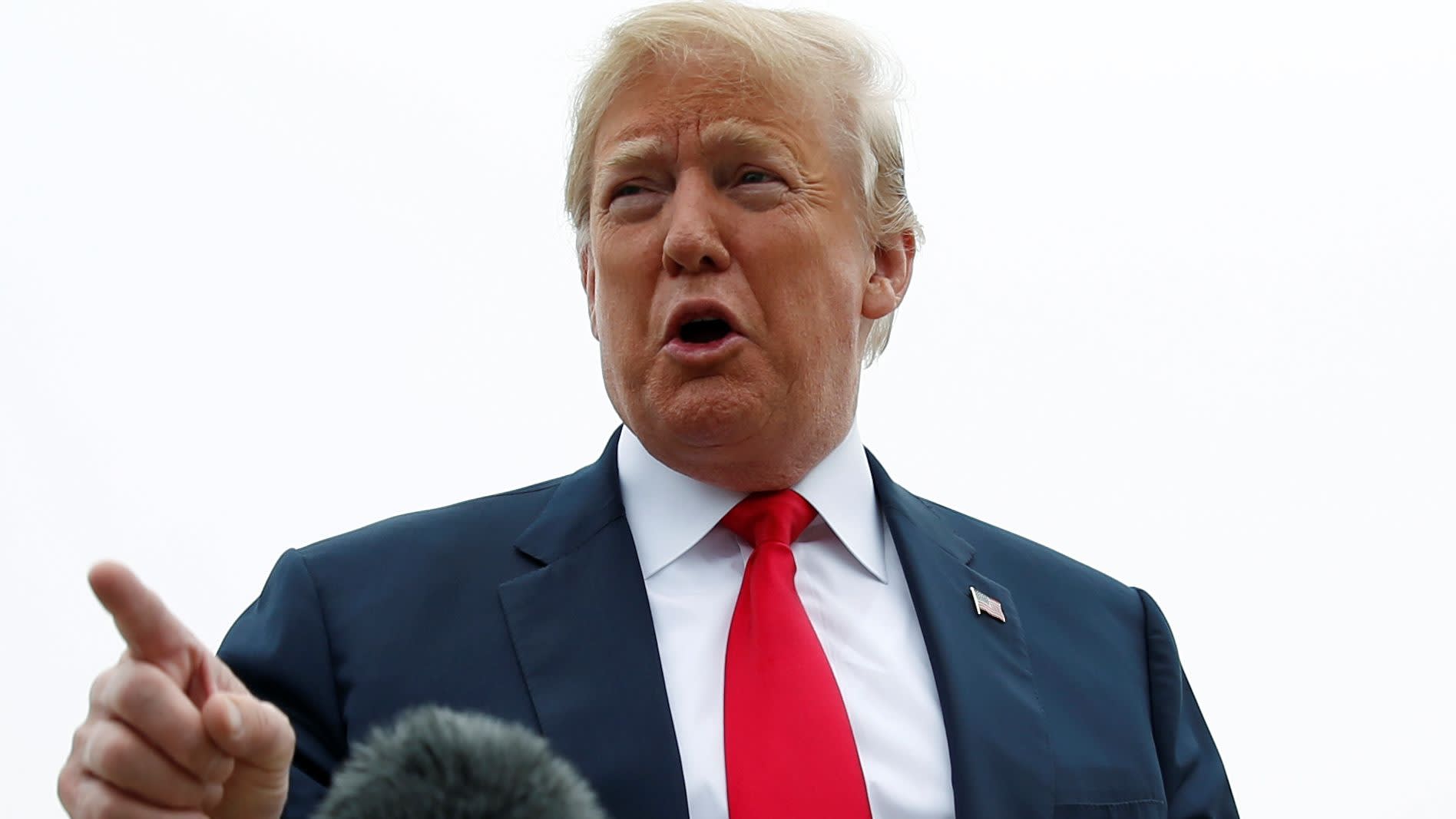 The U.S. allowed the temporary exemption on steel and aluminum tariffs for the European Union, Canada and Mexico to expire on June 1, triggering a cycle of U.S. tariffs and retaliation by the EU, Canada and other countries.

This should be understood as the end of the beginning of Trump trade activism -- to borrow Churchill's phrase -- but nowhere near the end. Look at the calendar ahead.

The tariffs of 25% on $50 billion worth of Chinese goods, which would amount to $12.5 billion in penalties, will go into effect shortly after the release of the final tariff list of products on June 15. It could be delayed if the visit by U.S. Commerce Secretary Wilbur Ross to China produces an unexpected breakthrough, although that appears unlikely. But Ross, who is seeking to get back in the good graces of U.S. President Donald Trump, might want to see trade restrictions go forward to gain his approval.

China may not get Washington to agree to a return visit by Vice Premier Liu He or Vice President Wang Qishan. Vice President Mike Pence might not wish to "own" the unraveling of the China relationship and could be reticent to host such a meeting. It is important to appreciate that both Ross and U.S. Treasury Secretary Steven Mnuchin have been eclipsed by U.S. Trade Representative Robert Lighthizer, who has convinced the president to roll back Mnuchin's declaration of a "trade truce" with China. This harder line on China is meant to blunt Republican congressional action to overturn Trump's earlier concession to save Chinese telecommunications company ZTE from U.S. sanctions.

The renegotiation of the North American Free Trade Agreement has also not been completed. May 31 was the last date by which Trump could notify Congress of his intent to sign a deal, even one not yet completed. It is now unlikely and perhaps impossible due to the midterm elections and legislative rules for Congress to vote on new NAFTA implementing legislation before the end of the year.

The implementation of tariffs on China for alleged intellectual property abuses is all but certain, as is China's retaliation with comparable or higher tariffs. Why is this the case? Trump's tariffs on U.S. allies such as EU, Japan and Canada now exceed the value of U.S. trade penalties imposed on China. Trump's biggest goal remains reducing the U.S. trade deficit with China.

In determining who can better manage the threat of a prolonged trade conflict, remember that Beijing has non-tariff options to deploy against U.S. companies doing business in China. These include delaying or denying approval of business deals, the use of antitrust measures, and regulatory protectionism in the form of employing safety and environmental rules to discriminate against U.S. investors. The government's control of state banks gives Beijing greater power to support local industries to counter the impact of U.S. tariffs than anything available to U.S. officials.

The White House decision to target Chinese technology investment in the U.S., which was taken in response to congressional criticism over the ZTE concession, is also risky. This is occurring as Congress is seeking to strengthen the powers of the Committee on Foreign Investment in the United States, which reviews all foreign investment proposals.

Trade risks are not new. Their impact can be modeled and they are often sectoral in nature. Investment risks -- and Chinese countermeasures -- are in a different category. Their impact will only become clear when specific deals, such as Washington's recent decision to block the takeover of U.S. chipmaker Qualcomm by Singapore-based Broadcom, come up for review. We can be sure there will be others.

Trump's call for a "study" of auto import tariffs, as well as his threat of tariffs on an additional $100 billion worth of Chinese imports, are proposals, not yet policies. The implementation of tariffs on vehicles on national security grounds would follow the same 270-day comment period as that applied to the steel and aluminum case.

The new proposed China tariffs and the expansion of the steel and aluminum tariffs will be part of the fundamental economic dialog, along with possible Chinese, Canadian, Mexican and EU retaliation, at the G-7 leaders' summit in Canada this month. Japan has said it will refrain from retaliation, presumably awaiting the outcome of a meeting between Trump and Japanese Prime Minister Shinzo Abe on June 7 in Washington. Despite personal intervention by U.S. Defense Secretary James Mattis with Trump, an exemption on the steel and aluminum tariffs for Japan already has been denied. It is unlikely to be reversed.

What's next? China expects several more rounds of trade discussions following Ross's trip. Watch for a possible visit by Wang Qishan as a sign that Washington has changed its trajectory again and sees advantage in temporizing.

The NAFTA renegotiation - perhaps the biggest risk for markets - offers few good options. The idea of a "skinny" (minimalist) NAFTA deal continues to be discussed, but the more likely outcome will be a simple delay until after the Mexican presidential election is held on July 1.

Such a delay will likely push a NAFTA deal into 2019. That means a termination risk remains, stifling investments and frustrating business expansion plans among major exporters in all three countries. But it also delays the risk that NAFTA will collapse, although a U.S. withdrawal from NAFTA remains a real option for the White House.

That uncertainty, as Trump has said, creates a barrier for American companies considering investment outside the U.S. Fostering uncertainty as a way of inhibiting corporate America's reach into global markets is a new and deeply destabilizing tool in the policy arsenal -- one bound to create unknowable risks to trade, profits and capital markets in the U.S. and Asia.