Trump vs the Fed -- a new risk for Asia

US president's currency and rates tweets could unsettle world markets 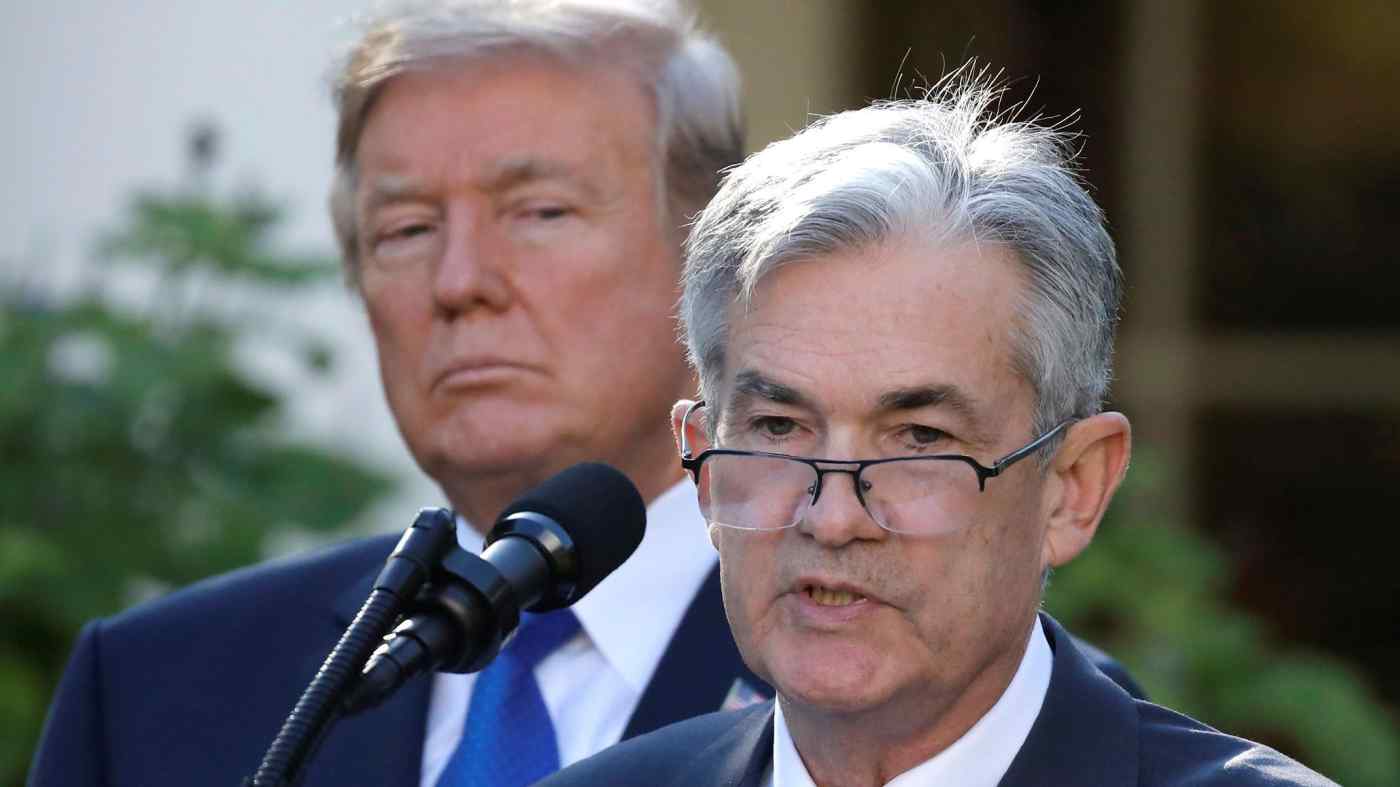 Asia should look out for both U.S. President Donald Trump and Federal Reserve Chairman Jerome Powell going too far.
CopyCopied

If Donald Trump's tweets are a window into his mind, his April 16 outburst should have thoughts racing across Asian financial markets.

The Twitter rant in question accused China of "playing the currency devaluation game as the U.S. keeps raising interest rates. Not acceptable!"

Reasonably tame, compared with how the U.S. president typically assails any foe, real or imagined. Yet to economists like Austan Goolsbee, it takes little imagination to think Trump is trolling the Federal Reserve.

"I did feel like he was criticizing the Fed," says Goolsbee, a top adviser to Trump predecessor Barack Obama and now a University of Chicago professor.

Asia is even more clearly in Trump's sights. For him, "China" seems a catchall that encapsulates feelings of economic resentment that extend to Japan, South Korea and other trading powers. In just over 100 characters, the tweeter-in-chief encapsulated three reasons why Asia should brace itself for the months ahead.

Both are related to Trump's new Fed chairman, Jerome Powell, who remains quite the wildcard. Powell is the first non-economist to run the most powerful monetary authority in nearly four decades. Trump appeared to choose the 65-year-old just because he is not Janet Yellen, the brilliant Obama-appointee economist to whom he showed the door. The last time the Fed was helmed by someone outside the economics universe was between 1979 and 1981. William Miller's disastrous tenure ended in runaway inflation, rising unemployment and recession.

Perhaps Powell will surprise skeptics. Something that should not surprise, though, is that the Powell Fed plans to pick up the tightening pace. The minutes of the March policy meeting, published April 11, suggest the rate-hike cycle will be "slightly steeper." In central-banker speak, that means investors should think twice about taking long vacations this year.

There are valid reasons to hit the brakes. A 4.1% unemployment rate, the lowest since 2000, raises worries about wage-push inflation. Trump's Republican Party, meantime, added $1.5 trillion worth of tax-cut stimulus to an already buoyant economy. And the Fed wants to avoid the Bank of Japan's plight. Seventeen years after it pioneered quantitative easing, the BOJ has its rates essentially still below zero. The Fed's benchmark rate, to its credit, is in the 1.5% to 1.75% range.

But risks abound that the Fed will go too far. Might non-economist Powell overtighten, when he is not known to have a good feel for the half-hidden microeconomic trends that might trump the more obvious macro narratives?

In 2013, the Ben Bernanke Fed showed how fresh that trauma was in policymakers' minds. Hints of "tapering" shook Asia. South Korea's then-central bank head Kim Chong-soo said the "ghost of 1994" made for sleepless nights. India and Indonesia found themselves on a list of nations compiled by investment bank Morgan Stanley that they were desperate to avoid: the "Fragile Five," along with Brazil, South Africa and Turkey.

Southeast Asian economic growth is healthy, China is running at near 6.5% and Japan is contributing positively to regional demand. But that picture could change, and fast, if the Fed moves too hastily.

Countries vulnerable to a potential currency scare might include the Philippines, where inflation jumped to 4.3% in March from 3.8% in February. Stocks are plunging as traders buzz about how political pressure -- coming from the angry President Rodrigo Duterte -- may be keeping the central bank from its duty to raise rates, just as we warned in a Feb. 15 column.

At the moment, the Fed is telegraphing three to four more moves this year. With the U.S. budget deficit approaching $1 trillion and the International Monetary Fund warning about a global debt glut, missteps would be costly.

But the real question is the nature of the "Powell Doctrine." It used to refer to U.S. General Colin Powell's preference for overwhelming force. It may soon apply to the Fed doing the same in a global economy still healing from the crises of the last decade. One worry is that U.S credit markets are not prepared for another 100 basis points of tightening -- or more, perhaps. Another: that a wage-spike scare like the one in January might prompt an overreaction by a Fed determined to normalize rates.

And then there is the Trump risk inherent to that April 16 tweet. One danger is him going after his handpicked Fed leader. On the campaign trail in 2016, Trump accused the Yellen Fed of "doing political things" to help opponent Hillary Clinton. President Trump attacking his central bank leader could panic markets.

So could a currency war aimed at Beijing. Never mind that the yuan is up 8.7% since Trump's January 2017 inauguration. Or that in January 2018, Treasury Secretary Steven Mnuchin declared dead the 23-year-old strong-dollar policy. China, in Trump's view, is still devaluing the yuan.

Trump should tread carefully. Push Xi Jinping too far, the Chinese president may indeed drive the currency lower. A day after Trump's tweet, the People's Bank of China unexpectedly announced a 1 percentage-point cut in reserve-requirement ratios. It could always go one step further with easing credit conditions by lowering borrowing costs -- and even the yuan. That would hit Trump right back.

The White House's own weak-dollar gambit puts the Treasury in direct conflict with the Fed. Asia could be whipsawed by Trump throwing around the "currency manipulator" label in his morning Twitter rants. That would collide with a Fed that, in Trump's words, "keeps raising interest rates," which in theory makes the yuan cheaper.

That goes, too, for Japanese Prime Minister Shinzo Abe, whose trip to Trump's Florida lair last week hit its share of snags. Abe blew hot and hot on Washington's Tokyo policies, leaving Japanese diplomats guessing. Nor did Abe win any real deliverables to revive his fortunes back home, where his support rates are in the 20s. Trump confirmed, for example, that he was only teasing Abe by suggesting a U.S. return to the Trans-Pacific Partnership.

Meanwhile, when Trump requested "free, fair, and reciprocal" trade at Mar-a-Lago in Abe's presence, it was hard not to wonder if he was really talking to Xi. Trump often conflates China's predatory trade tactics with those of ally Japan.

Asia needs to batten down the hatches for what could be an unsettling few months. The Fed mulling "slightly steeper" policy moves alone seems reason enough to check the liferafts. The thoughts telegraphed on the @realDonaldTrump feed mean governments should be building in as many shock absorbers as possible.

As scandals and investigations swirl, there is no telling what a caged and fearful White House chief might do. One thing is safe to say: The craziness flowing out of what used to be a very stable and respected economy is, as Trump tweets, "Not acceptable!"