Trump wrong to accuse Japan of free riding on security Osprey military aircraft are parked at the Futenma airbase in Okinawa: bases in Japan are a bargain for the U.S.    © Kyodo

U.S. President Donald Trump has often alleged that Japan does not contribute to American security and even suggested the possibility of abrogating the bilateral security treaty.

His claim that Japan is "free riding" on the U.S.'s security presence in the Western Pacific is not only inaccurate and outdated, but also runs the risk of provoking a backlash against the unjustified pressure he is imposing on Japan.

The idea of Japan free riding in defense originates in America's own decision to dismantle the Japanese military after World War II. Encouraged by the U.S., the country focused on rebuilding the economy while entrusting national security to the bilateral alliance. The approach came to encapsulate Japan's aversion to increasing its military role and spending.

The most serious error in Trump's "free riding" allegation is to underestimate the geopolitical importance of the Japanese archipelago and the value to the U.S. military of its Japanese bases.

Under the mutual security treaty, these forward bases contribute to the U.S. security strategy of extending its defense perimeter across the Pacific Ocean away from North America to the edge of the Eurasian landmass. This is crucial for U.S. security.

Moreover, Japan subsidizes the cost of U.S. troops on its territory, covering, conservatively estimated, one-half to three-quarters of the total budget, depending on whether expenditures such as salaries of the Japanese nationals employed on the bases are included.

The quality of the Japanese civilian support in the maintenance of the military equipment is an asset. Such cooperation was further extended to enable the Japanese Self Defense Forces to repair a wider range of U.S. military equipment, with the signing of the new acquisition and cross-servicing agreement, or ACSA, in 2017. The USS John S. McCain under repair at a dry dock in Yokosuka: the quality of the Japanese civilian support in maintaining military equipment is an asset.   © AP

In short, bases in Japan are a "bargain" for the U.S. military.

The past 30 years have revealed serious obstacles to Japan fully embracing a global security alliance with the U.S., most notably the constitution.

The legal limitations Japan imposed on its Self-Defense Forces, which restricted its role to the defense of the home islands, irritated Trump as they prevented Japanese contributions to collective security, stopping Japan from going to the assistance of the U.S., unless Japan is itself under attack.

But the Shinzo Abe government has changed its interpretation of the constitution and passed legislation in 2015, explicitly allowing integrated military operations with the forces of the United States and other friendly states in the event of a grave and imminent danger to Japan's own security.

Managers of the U.S.-Japan alliance in Tokyo and Washington rightly emphasize the post-Cold War consolidation of the alliance and the expanding scope of the activities of the Self-Defense Forces.

But it is important to grasp that the constitutional amendment sought by Prime Minister Abe, which would fully permit Japan to participate in collective defense, is not only aimed at cementing the bilateral alliance but also at giving Japan more flexibility in working with security partners in general.

As the relative dominance of the United States wanes, a gap is growing between the Trumpian nostalgia for a strong and unilateral America and its growing need for allies to bolster its waning global leadership.

Trump's use of free rider rhetoric against Japan, presumably for linking the defense and trade issues to gain an extra lever on the latter, will certainly backfire.

To be sure, the United States has every chance to remain Japan's most important ally for the foreseeable future. China and Russia, the two other global nuclear powers, do not offer the same credibility and cannot balance the United States.

The U.S. has therefore no reason to worry about Japan switching sides. But Japan is steadily diversifying its position by expanding security ties with other powers, around its core alliance with the U.S. Tokyo is enhancing cooperation with the United Kingdom and France in the Indo-Pacific; and it is engaging Australia closely within the trilateral security dialogue, which includes the U.S. It is looking to deepen relations with India in a loose alignment under the Free and Open Indo-Pacific diplomatic framework that also includes the U.S. and Australia.

These alignments are important supplements to the bilateral pact. Japan's increasing contribution to the U.S.-Japan alliance therefore must also be judged by its ability to facilitate such cooperation.

If the United States could facilitate more alignment with its own efforts without Japanese help, Trump could get away with bullying Japan. But evidence points to Japan's importance as an indispensable glue between the U.S. and some other Asian security partners. The significance of this connection will grow if the U.S. becomes more stridently nationalistic.

In particular, as tensions between the U.S. and China rise in the South China Sea, Japan's role as the front-line security partner of Southeast Asian countries is growing. Take the case of the Philippines. Japan's gift of coastguard patrol boats and a naval surveillance plane is upgrading the maritime law enforcement capacity of the country at the time its relations with the United States is strained. Vietnam has also accepted Japanese Coast Guard assistance and growing bilateral defense cooperation. Tokyo's involvement makes it easier for Hanoi to develop its partnership with the U.S. by making its alignments more diverse.

Japan should expand such cooperation with Southeast Asian maritime law enforcement authorities and ensure that a coalition of powers maintains a sufficient naval presence in the South China Sea to keep China in check. Japan should also urgently repair its relationship with South Korea, so it can join the "coalition of democracies" in the Indo-Pacific.

In the current state of uncertainty, Asian states are hedging their bets between the United States and China. Any American attempt to force them to choose sides and explicitly ally with the United States without offering an economic benefit equivalent to access to the Chinese market would be counterproductive.

Japan helps other Asian countries to sugarcoat their alignment with the U.S. When Trump abandoned the Trans-Pacific Partnership, or TPP, Japan salvaged the agreement with a new pact, helping to fend off the influence of China, which is not a member.

Japan's growing security links in the region involve enough engagement for the Asian partners to stay on the side of the United States and away from China in the growing rivalry between Washington and Beijing. Trump should remember how important these ties are before he again accuses Tokyo of failing to pull its weight on Asia-Pacific security. 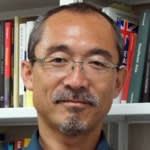