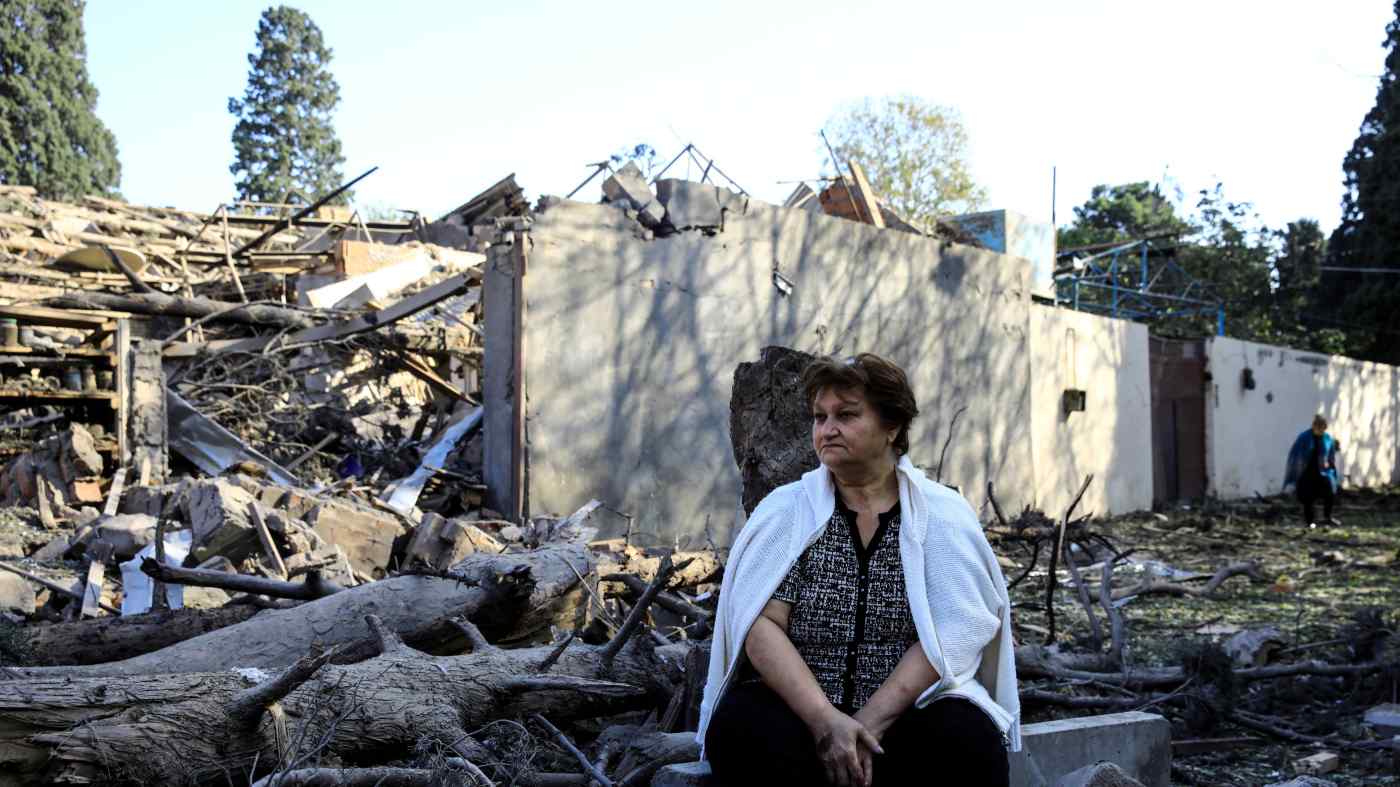 The blast site hit by a rocket in Ganja, Nagorno-Karabakh region, pictured on Oct. 11: in a hyper-nationalistic world the danger of smaller conflicts fueling regional wars is much greater.   © Reuters
CopyCopied

When fighting broke out in the southern Caucasus this month between Azeri and ethnic Armenian forces over the disputed region of Nagorno-Karabakh, even professional foreign-policy watchers had to remind themselves of the where, who and why of this never dormant conflict.