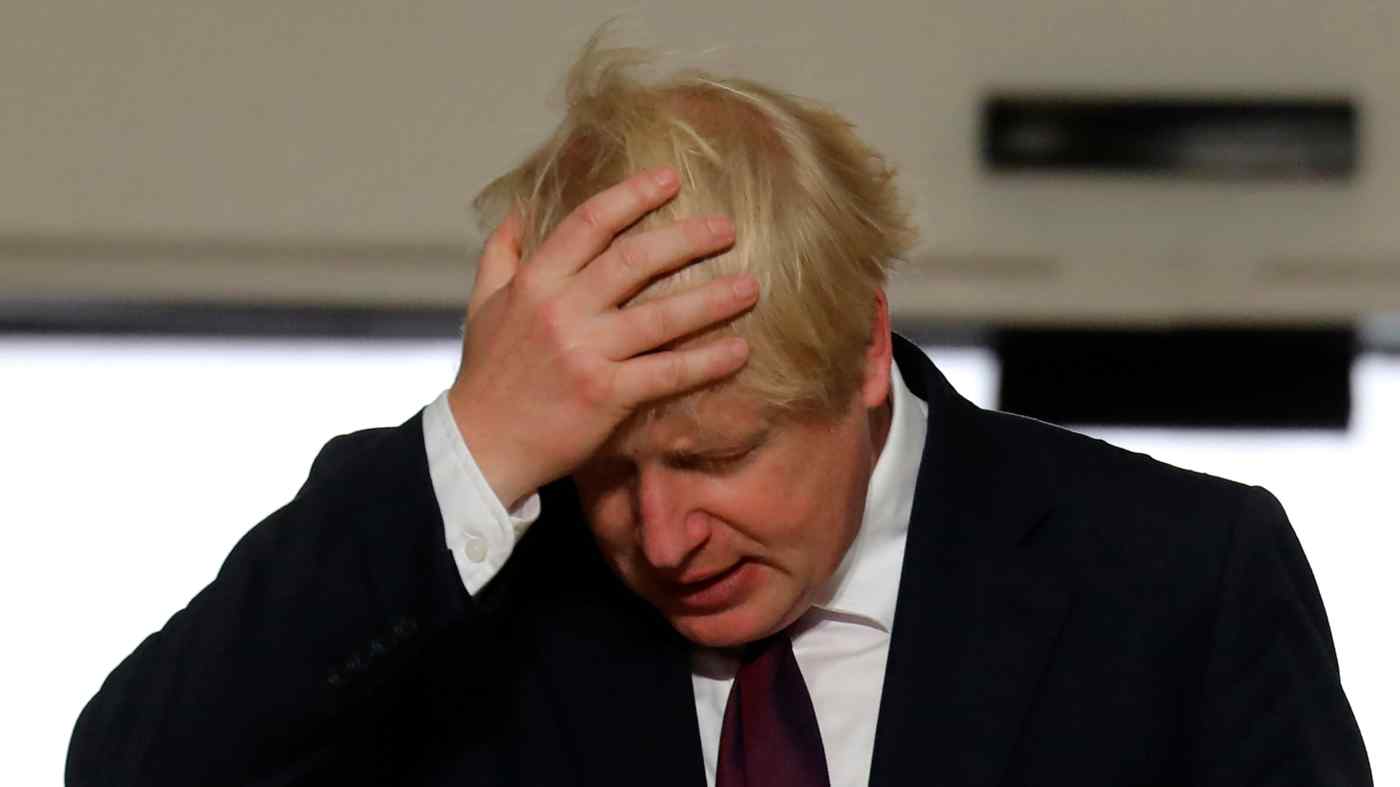 The Johnson government should avoid outright confrontation with China, where it is outmatched.   © AP
CopyCopied

The British government's decision to ban Huawei Technologies from participating in its fifth generation, or 5G, mobile network highlights how the U.K. -- and other European countries -- have become caught in the crossfire between an unpredictable U.S. and a newly assertive China.

Only a few weeks ago, the government, supported by advice from its spy agencies, was confident that the security threat posed by Chinese involvement in its advanced telecoms network was manageable. The screeching U-turn is the result of relentless pressure from U.S. President Donald Trump's administration and China's own actions, especially the crackdown in Hong Kong.

The U.K. now joins countries ranging from Australia to Japan and Germany recalibrating relations with China. Each has been unsettled by Xi’s initial handling of the coronavirus pandemic, suppression of the Uighurs and a more muscular approach in the East Asian neighborhood. Xi's assertiveness contrasts with the "hide your strength, bide your time" stance adopted by former leader Deng Xiaoping, admittedly a generation ago.

Britain's equivocal position on Huawei long served as cover for European countries eager for a cheap, fast upgrade to their cellular networks. Now it seems European governments, like the U.K., will have to choose between Washington and Beijing, even as business groups have become more outspoken about Xi's "China First" industrial policy.

Back in 2015, Prime Minister David Cameron's government invited the Chinese into the twin nerve centers of U.K. national security: nuclear energy and telecommunications. At the time, George Osborne, then finance minister, boasted: "No economy in the west is as open to Chinese investment as the U.K." Osborne's goal was to draw Chinese investment to revive depressed ex-industrial areas in the north of England. He also dangled the opportunity for China to participate in the U.K.'s new nuclear program, ultimately by building a Chinese-designed reactor at Bradwell in Essex.

At this time, U.K. foreign policy under Cameron-Osborne was tilting away from its closest trading relationship with the EU toward the faster-growing economies of the East, specifically China and India. In some influential quarters, the Brexit referendum result where the U.K. voted to leave the EU has reinforced this aspiration to build a "Global Britain" less dependent on Europe.

Britain's best-laid plans have been upended by the U.S. trade war with China and by Trump's pressure on Boris Johnson's government to "stop accommodating" Beijing. No doubt coincidentally, the U.K. press has been full of "reds under the bed" stories -- a Cold War phrase about fearing communist infiltration -- including a dossier accusing China of seeking to influence elite figures in British politics, business and academia.

The dossier has been linked to former U.K. spy Christopher Steele who made headlines around the world three years ago when he compiled a report alleging that Russia possessed compromising material against then Republican presidential candidate Trump.

Johnson has sought to soften parts of the ban on Huawei -- delaying full phaseout of its equipment in the U.K. mobile network until 2027. But prominent British businessmen are unnerved about the risk of long-term economic damage.

John Browne, the former CEO of BP, the oil major, who joined as chairman of Huawei U.K. in 2015, said: "The U.K. has had a very long relationship with China and I hope it's not one that they simply throw away." Jim O'Neill, formerly chief economist at Goldman Sachs and a former U.K. minister, said British policy should not be driven by short-term, "fashionable" thinking.

In pure economic terms, the exclusion of Huawei will delay the introduction of 5G into the U.K. by up to three years, with 2 billion pounds of extra costs. It also jeopardizes Johnson's goal of a nationwide rollout of 5G broadband by 2025. But this could escalate into tit-for-tat if the U.K. decides to apply the provisions of a newly passed Magnitsky act targeting Chinese individuals for human rights abuses either in Hong Kong or Xinjiang.

British business is now braced for Chinese retaliation, foreshadowed by China's long-serving ambassador to the U.K., Liu Xiaoming. Liu said Huawei was the victim of a U.S.-inspired "purge" and the ban marked a dark day for U.K.-China relations: "Britain can only be Great Britain when it has an independent foreign policy."

In the past, China has targeted specific sectors such as Norwegian salmon exports after the Nobel Peace Prize was awarded to a Chinese dissident. It singled out Australian beef and barley exports after the Canberra government called for an international inquiry into the coronavirus outbreak.

U.K. exports which appear vulnerable are Scotch whisky and carmaker Jaguar Land Rover, which has about 20% of its sales in China. U.K. financial services companies such as banks HSBC Holdings and Standard Chartered and Prudential, the insurer, are also dependent on the Chinese market, though the two banks have notably expressed support for the new national security law imposed by Beijing on Hong Kong.

The Johnson government has little choice but to move with the tide of political opinion for now, but it should avoid outright confrontation with China, where it is outmatched. Limiting the damage may be the best option.

The U.K.-China relationship goes beyond trade and investment. Thousands of Chinese students attend U.K. universities which have become dependent on their fee income. The City of London was hopeful of developing closer ties with the Shanghai stock market, via offshore yuan trading and green bonds issued by Chinese companies. For now, however, all this risks being lost in a red mist.