US, China and the limits of free trade

Globalization must give ground to domestic economic priorities in both countries Peaceful economic coexistence between the U.S. and China is the only way to prevent costly trade wars.   © Getty Images
CopyCopied

The world economy desperately needs a plan for "peaceful coexistence" between the United States and China. Both sides need to accept the other's right to develop under its own terms. The U.S. must not try to reshape the Chinese economy in its image of a capitalist market economy, and China must recognize America's concerns regarding employment and technology leakages, and accept the occasional limits on access to U.S. markets implied by these concerns.

The term "peaceful coexistence" evokes the Cold War between the U.S. and the Soviet Union. Soviet leader Nikita Khrushchev understood that the communist doctrine of eternal conflict between socialist and capitalist systems had outlived its usefulness. The U.S. and other Western countries would not be ripe for communist revolutions anytime soon, and they were unlikely to dislodge the Communist regimes in the Soviet bloc. Communist and capitalist regimes had to live side by side.

Peaceful coexistence during the Cold War may not have looked pretty; there was plenty of friction, with each side sponsoring its own set of proxies in a battle for global influence. But it was successful in preventing direct military conflict between two superpowers armed to the hilt with nuclear weapons. Similarly, peaceful economic coexistence between the U.S. and China is the only way to prevent costly trade wars between the world's two economic giants.

Today's impasse between the U.S. and China is rooted in the faulty economic paradigm I have called "hyper-globalism," under which countries must open their economies to foreign companies maximally, regardless of the consequences for their growth strategies or social models. This requires that national economic models -- the domestic rules governing markets -- converge considerably. Without such convergence, national regulations and standards will appear to impede market access. They are treated as "non-tariff trade barriers" in the language of trade economists and lawyers.

Thus, the main U.S. complaint against China is that Chinese industrial policies make it difficult for U.S. companies to do business there. Credit subsidies keep state companies afloat and allow them to overproduce. Intellectual property rules make it easier for copyrights and patents to be overridden and new technologies to be copied by competitors. Technology-transfer requirements force foreign investors into joint ventures with domestic firms. Restrictive regulations prevent U.S. financial firms from serving Chinese customers. President Donald Trump is apparently ready to carry out his threat of slapping additional punitive tariffs on $200 billion of Chinese exports if China does not yield to U.S. demands in these areas.

For its part, China has little patience for arguments that its exports have been responsible for significant whiplash in U.S. labor markets or that some of its firms are stealing technological secrets. It would like the U.S. to remain open to Chinese exports and investment. Yet China's own opening to world trade was carefully managed and sequenced, to avoid adverse impacts on employment and technological progress.

Peaceful coexistence would require that U.S. and China allow each other greater policy space, with international economic integration yielding priority to domestic economic and social objectives in both countries, as well as in others. China would have a free hand to conduct its industrial policies and financial regulations, in order to build a market economy with distinctive Chinese characteristics. The U.S. would be free to protect its labor markets from social dumping and to exercise greater oversight over Chinese investments that threaten technological or national security objectives.

The objection that such an approach would open the floodgates of protectionism, bringing world trade to a halt, is based on a misunderstanding of what drives open trade policies. As the principle of comparative advantage indicates, countries trade because it is in their own interest. When they undertake policies that restrict trade, it is either because they reap compensating benefits elsewhere or because of domestic political failures, for example, an inability to compensate the losers.

In the first instance, freer trade is not warranted because it would leave society worse off. In the second case, freer trade may be warranted, but only to the extent that the political failure is addressed, and compensation is provided. International agreements and trade partners cannot reliably discriminate between these two cases. And even if they could, it is not clear they can provide the adequate remedy, enable compensation, to continue the example, or avoid additional political problems, capture by other special interests such as big banks or multinational firms.

Consider China in this light. Many analysts believe that China's industrial policies have played a key role in its transformation into an economic powerhouse. If so, it would be neither in China's interests, nor in the interest of the world economy, to curb such practices. Alternatively, it could be that these policies are economically harmful on balance, as others have argued. Even in that case, however, the bulk of the costs are borne by the Chinese themselves. Either way, it makes little sense to empower trade negotiators, and the special interests lurking behind them, to resolve fundamental questions of economic policy on which there is little agreement even among economists.

Those who worry about the slippery slope of protectionism should take heart from the experience under the General Agreement on Tariffs and Trade prior to the establishment of the World Trade Organization. Under the GATT regime, countries had much greater freedom to pursue their own economic strategies. Trade rules were both weaker and less encompassing. Yet world trade expanded, relative to global output, at a more rapid clip in the three and a half decades after World War II than it has under the post-1990 hyper-globalist regime. Similarly, one can make a convincing case that, thanks to its unorthodox growth policies, China today is a larger market for foreign exporters and investors than if it had stuck to WTO-compliant policies.

Finally, some may say that these considerations are irrelevant, because China has acceded to the WTO and must play by its rules. But China's entry into the WTO was predicated on the idea that it had become a Western-style market economy, or would become one soon. This has not happened, and there is no good reason to expect that it will, or should. A mistake cannot be fixed by compounding it. A global trade regime that cannot accommodate the world's largest trading economy -- China -- is a regime in urgent need of repair. 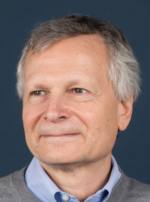 Dani Rodrik, Professor of International Political Economy at Harvard University's John F. Kennedy School of Government, is the author of Straight Talk on Trade: Ideas for a Sane World Economy.