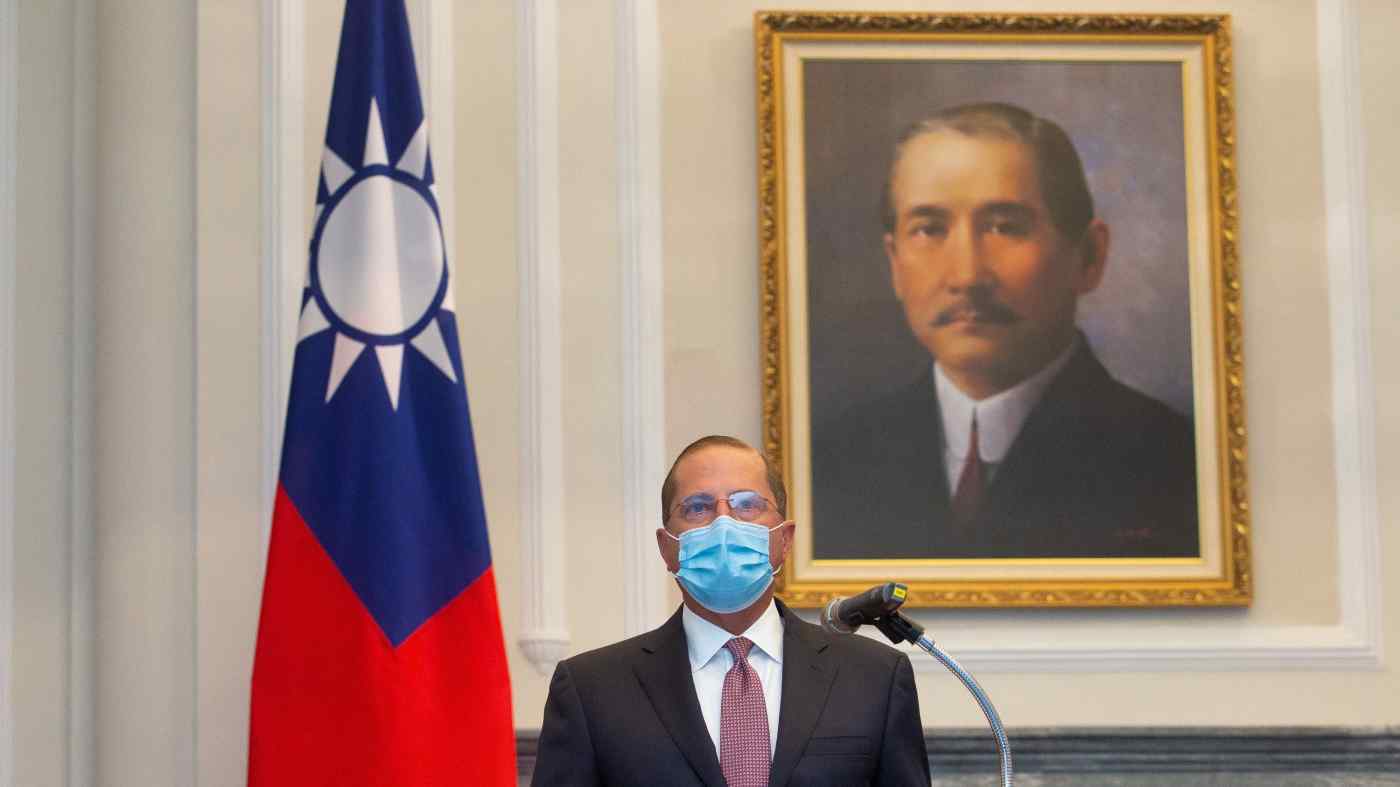 The highest-level U.S. diplomatic delegation to travel to Taiwan in four decades landed Sunday in a move calibrated to incense China. Led by U.S. Health and Human Services Secretary Alex Azar, the purpose of the visit was ostensibly to discuss Taiwan's exceptionally effective response to the pandemic.

Yet viewed from Beijing, the Taipei visit was a deeply provocative move. Especially following Secretary of State Mike Pompeo's "scorched-earth" speech last month at the Richard Nixon Presidential Library about the cratering of U.S.-China relations, and hot on the heels of the Trump administration's decision to ban U.S. transactions with popular Chinese social network applications Tik-Tok and WeChat. So, what was the real purpose of sending such a high-level delegation to Taiwan, and what are the range of possible Chinese responses?

On a visit to Taiwan in August 2018, as part of a tour promoting my book Sea Power: The History and Geopolitics of the World's Oceans, I met for discussions with both Taiwanese President Tsai Ing-wen and her national security adviser, and gave a speech before an international audience. I came away with a very positive impression of Tsai's administration, which has tried to maintain a delicate balance in its relationship with the Chinese mainland.

While not publicly pushing for independence -- a bright red line for Beijing -- the Taiwanese clearly want to maintain strong, if informal relations, with the U.S., Japan, Canada, Australia, and other Western nations in the region. Despite Taiwan's formal diplomatic relations with the rest of the world declining to a mere handful of embassies, with many of the small nations that once recognized Taipei succumbing to Chinese pressure and inducements, Taiwan's economy remains in robust health. Everywhere I went in Taiwan, I saw evidence of dynamic, bustling industries feeding global supply chains for a wide variety of products from computer chips to shipping and consumer goods.

Secretary Azar's visit -- focused on the pandemic response, medical supply chains, and preventing the next pandemic -- has provided Taiwan with an opportunity to showcase the progress they are making in those areas. But it also sent a signal to Beijing that the U.S. intends to execute the aggressive geopolitical and economic strategy laid out in Secretary Pompeo's Yorba Linda speech. It has also breathed life into a series of potential high-technology U.S. military sales to Taiwan, including a new missile defense system and large open-ocean surveillance drones.

While these are defensive capabilities which make sense, it's clear the U.S. is trying to thread the needle by avoiding selling more offensive systems. China's response has been very direct, with a Foreign Ministry spokesman promising "strong countermeasures." As the Trump administration presses ahead with plans to ban U.S. transactions with Chinese social networks Tik-Tok and WeChat, the latter owned by megacompany Tencent Holdings, Beijing's countermeasures will be significant.

The range of responses could include banning comparable U.S. companies from doing business in China, including media and networking companies, many of which are already blocked; sanctioning other U.S. companies such as Starbucks, Nike, or Boeing; or increasing military actions in the South China Sea by harassing U.S. military and commercial vessels.

Other actions could include putting additional pressure directly on Taiwan by banning Taiwanese companies; cutting people-to-people connections between Taiwan and the mainland; or conducting cybersecurity attacks against U.S. corporations such as Facebook and Twitter, or U.S. business leaders, government and military officials. Another option would be closing another American consulate in China, or backing out of the phase one trade deal which the Trump administration so painfully negotiated over the last three years. Some level of interference in the U.S. presidential elections cannot be ruled out. 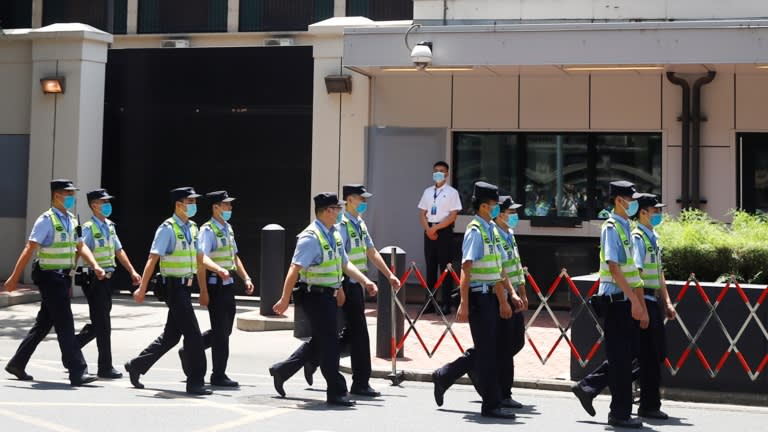 Police officers walk past the former U.S. Consulate General in Chengdu on July 27: another option would be closing another American consulate in China.   © Reuters

In all likelihood, China will respond cautiously to the Azar visit, and the banning of the social network applications. China's leaders will correctly calculate that the actions are intended to "punish" China for the coronavirus outbreak and inflame President Donald Trump's base ahead of the November 3 election. As always, China will probably stick to the long game, assessing that the odds are good that post-election -- whether it's a new Biden administration or another four years of Trump -- the anti-China rhetoric of the moment will ease.

While some analysts are concerned about the sudden flare-up of a military confrontation in the South China Sea, the next three months will most likely see measured Chinese actions in the face of U.S. provocations. The "tell" in terms of how serious this situation has become is the fate of the phase one trade deal. If the Trump administration decides to back away from it -- or if China pulls out -- that would signal a fundamental shift to the negative in U.S.-China relations.

Let's hope we don't reach that point, as that would have severe negative impact on the global economy right when it is, hopefully, beginning to dig itself out of the coronavirus slump. From seemingly small visits can come big consequences. Next move, China.