Aggression is no substitute for thoughtful, mutually beneficial stance

One of the few things in Washington on which there is bipartisan consensus is China. Unfortunately, given the consensus' vindictive edge, that is the bad news.

The realization that core assumptions -- that China's reforms and global integration would lead to an open economy and political reform -- which have been guiding U.S.-China policy since Deng Xiaoping's reforms were launched in 1978 have been proved wrong has generated an angry backlash, with Congressmen competing to see who can be tougher on China. But this is an attitude, a kneejerk hostility, not a complete policy.

Though there is a glimmer of hope that President Donald Trump may seek a trade deal as the economic damage from his tariffs mounts, analysts and the business community fear that for some in the White House and Congress the goal of inflicting this pain is to weaken the Chinese regime.

This mindset is unraveling bilateral and global trade and investment patterns, while disrupting supply chains. Unchecked, it could well snowball into economic destruction.

Now that the U.S. and China have renewed efforts to reach a trade deal, it is time for the former to develop a more sober, thought-through policy about the latter.

The U.S.'s approach has been narcissistic, centered on how it could change China. Some believe that facilitating China's economic and political integration into global trade, finance and political institutions made sense until President Xi Jinping upended market-based reforms, tightened Communist Party social controls and shifted to a more state-driven, mercantilist economy with a more assertive foreign policy.

But China has clocked -- and dismissed -- the U.S.'s narcissism. In a candid summation of U.S.-China relations, Wang Jisi, one of China's premier America-watchers, said in an interview that "U.S. policy changed because China changed."

The problem is that U.S. policy has changed mainly for the negative, with everything a zero-sum game: it is more averse to engagement, seeking economic "decoupling" and especially hostile to Chinese tech companies. It also stands against Chinese geopolitical assertiveness, from its Belt and Road Initiative to efforts to dominate the South China Sea.

This seems a dangerous over-corrective, at best half a policy. It is one thing to demand reciprocity in trade and investment market access, quite another to blow up a $737 billion annual trade relationship between the world's two largest economies and trading powers, along with complex global supply chains.

It is not enough to simply denounce China as a strategic competitor. Still absent is a definition: what are the terms of competition? Where are the areas that lend themselves to cooperation? How do you manage competition between two nuclear states?

A more considered approach might diminish trade and investment, particularly in areas of national security concern, while mobilizing like-minded partners such as the E.U., Japan, and Australia. They could push back on Chinese practices incompatible with World Trade Organization obligations -- subsidies of state-owned enterprises, forced tech transfer and intellectual property protection.

However, the U.S. must be more nuanced. Banning telecoms company Huawei from U.S. fifth-generation wireless networks is understandable. But banning U.S. companies from selling semiconductors to Chinese tech businesses is not in the American interest -- it only accelerates Beijing's efforts to build a self-reliant tech value chain.

The U.S. could also offer to cooperate with China in building infrastructure in Eurasia, if global standards and norms are met, as Japan's Prime Minister Abe has done with BRI.

Infrastructure is but one issue where prospective cooperation should be tested. There is a menu of global topics including climate change, clean energy, nonproliferation, counterterrorism and counternarcotics where there has been some cooperation which still seems sensible.

Similarly, there is some overlap of interests on regional issues like Afghanistan/greater Middle East and North Korea that may persist even among strategic competitors. Emerging technologies -- AI, offensive use of cyber weapons, anti-space weapons and hypersonic missiles now under development -- undermine the ability to retaliate, thus encouraging a strike-first, "use it or lose it" nuclear scenario.

It took the nuclear near-catastrophe of the Cuban missile crisis before the U.S. and U.S.S.R. began to erect an architecture of detente to manage competition. It should not take a military confrontation before the U.S. and China arrive at the terms of mutual restraint and new rules of the game to create a framework for strategic stability.

In the interim, this large deficit in U.S. economic and strategic thinking toward China suggests that the new American policy is still a work in progress. Unfortunately, the price of stumbling toward a new normal could be an unraveling of global trade and investment rules and even a cataclysmic military confrontation. 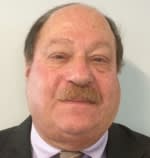 Robert A. Manning is a senior fellow of the Atlantic Council's Scowcroft Center for Strategy and Security and its Foresight, Strategy and Risks Initiative.