US must turn China's environmental destruction to its advantage

Regrettably, the Trump administration views environmental protection as a weakness 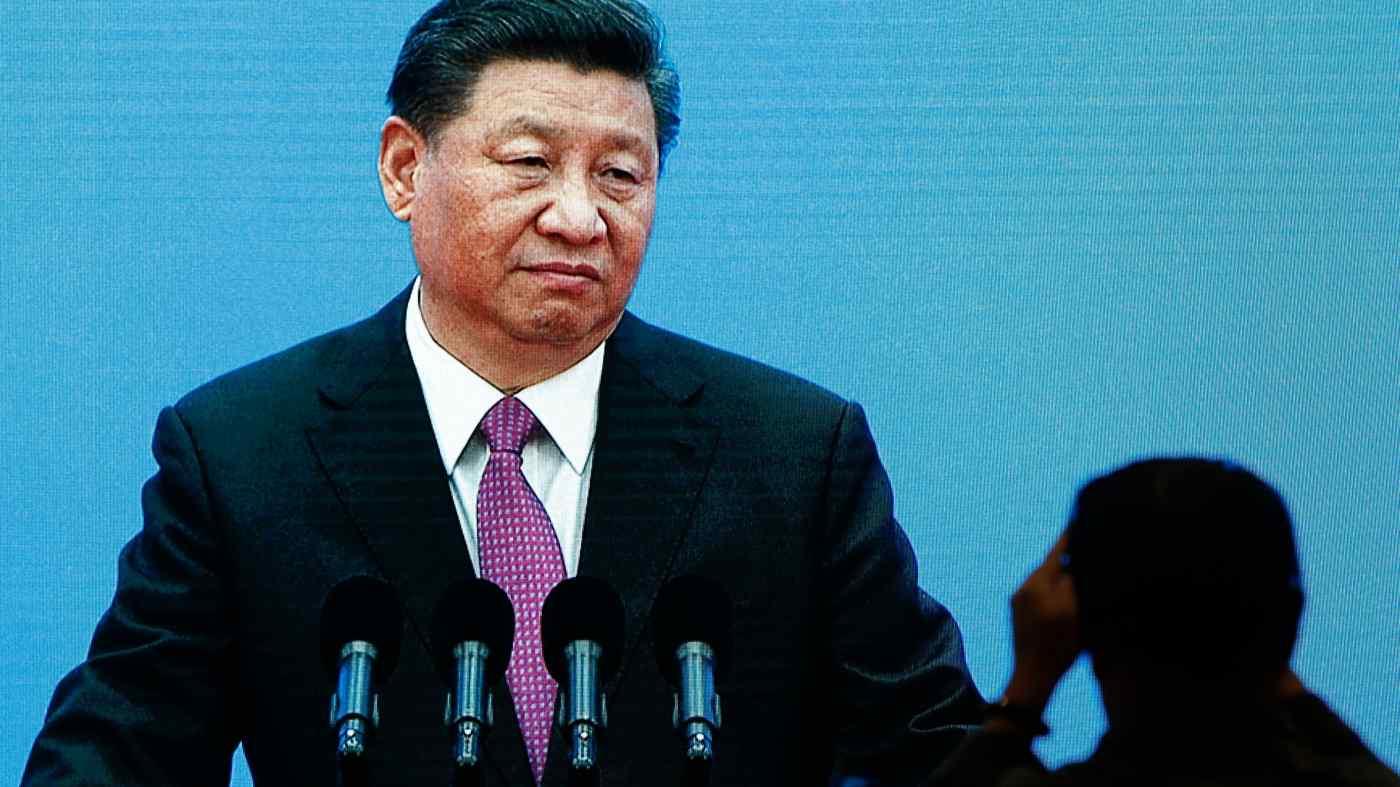 A screen shows Xi Jinping at a press conference after the Belt and Road Forum in Beijing in April 2019: Xi knows that China is vulnerable on environmental issues.   © AP
CopyCopied

Jonathan E. Hillman is a senior fellow and director of the Reconnecting Asia Project at the Center for Strategic and International Studies in Washington, D.C. He is author of just published "The Emperor's New Road: China and the Project of the Century."

Chinese President Xi Jinping surprised the world in late September by announcing that China would become carbon neutral by 2060.

But this promise will amount to little if Xi's signature foreign policy vision, the Belt and Road Initiative, continues exporting China's environmental challenges globally. China's poor environmental record abroad presents a strategic opportunity for the U.S., if only Washington would seize it.

This gets the China challenge backward. A more enlightened U.S. strategy could turn China's environmental destruction -- now being exported globally -- to its advantage. Beijing's BRI is giving birth to power plants that will spew dirty coal for decades, railways and roads that cut through fragile ecosystems, and dams that threaten rivers and the communities around them. Highlighting these shortcomings would reduce the BRI's appeal and position the U.S. and its partners to offer better alternatives.

Leaders in Trump's own party see the opportunity, with the Republican-led China Task Force noting last month that the U.S. "has a strong, bipartisan legacy of advancing environmental conservation while promoting economic strength," and urging the U.S. "to reclaim global environmental credibility and leadership." But Trump's weakness on the environment is limiting cooperation with partners and allies to provide alternatives to Chinese projects.

Last November, the administration announced the Blue Dot Network with Australia and Japan, an effort to ensure that certain infrastructure projects met agreed quality standards. But the Blue Dot Network is struggling to find other partners, with Europe wanting it to become greener.

Partners and allies are waiting for the U.S. to catch up to other initiatives such as the Partnership on Sustainable Connectivity and Quality Infrastructure, agreed between the EU and Japan. Focusing on sustainability, it wisely includes environmental issues and heightens the contrast between the projects they support and the damage that China's BRI delivers.

The Trump administration's warnings against China's debt-trap diplomacy sound tough at home, but often fall on deaf ears abroad. While occasionally fueling accusations of neocolonialism, the reality is that China has seized few assets to date. For most people, national debt is an abstract statistic divorced from real-life concerns.

As recent events in Kenya show, green issues can rank much higher on the list of community concerns. In 2016, local environmental groups rallied against a $2 billion Chinese-backed coal-fired power plant, forming a coalition called deCOALonize.

For the community of Lamu, a pristine and historic Kenyan coastal town, the threat was real. "We want to grow watermelons, not have coal mines," as one activist explained to Dr. Anita Plummer, an expert on Sino-African relations. Protesters demonstrate in Nairobi in June 2018 against the plan for the joint venture between the Kenyan and Chinese governments to open a coal-fired power plant in Lamu.   © AP

The coalition raised awareness of the project's environmental risks among the public, and it filed a case to halt its construction. It met with the Chinese ambassador to Kenya, who publicly acknowledged that the project's fate was ultimately Kenya's decision. Last summer, a Kenyan tribunal ruled in the coalition's favor, noting that the government failed to conduct an adequate environmental assessment.

Of course, not all countries have institutions that allow grassroots organizations to effectively push back. Some governments are willing to sacrifice environmental protection for lower project costs, and China is happy to deliver projects that would not meet its own domestic standards. Both scenarios would benefit from U.S. support, including for independent journalism and civil society, environmental impact and life-cycle cost assessments, as well as financial incentives to adopt greener alternatives.

Xi knows that China is vulnerable on environmental issues. At a gathering of world leaders in Beijing last year, "green" and "sustainable" were the salt and pepper in his speech about the next phase of BRI. To address criticism, China unveiled no less than 11 new, green initiatives under BRI, all of which are voluntary, and none of which are binding or transparent.

Without pressure, China's new carbon commitment could become its latest green-washing effort. The tragedy is that the Trump administration's weakness on the environment, starting with its withdrawal from the Paris Agreement and extending to over 70 actions to weaken environmental protection at home, allows even the emptiest of China's promises to sound more plausible.

This is not merely a moral failing. In the competition that will define this century, it is a strategic blunder.