US must urgently rethink its economic policies in Asia

Washington being left behind as China sprints ahead 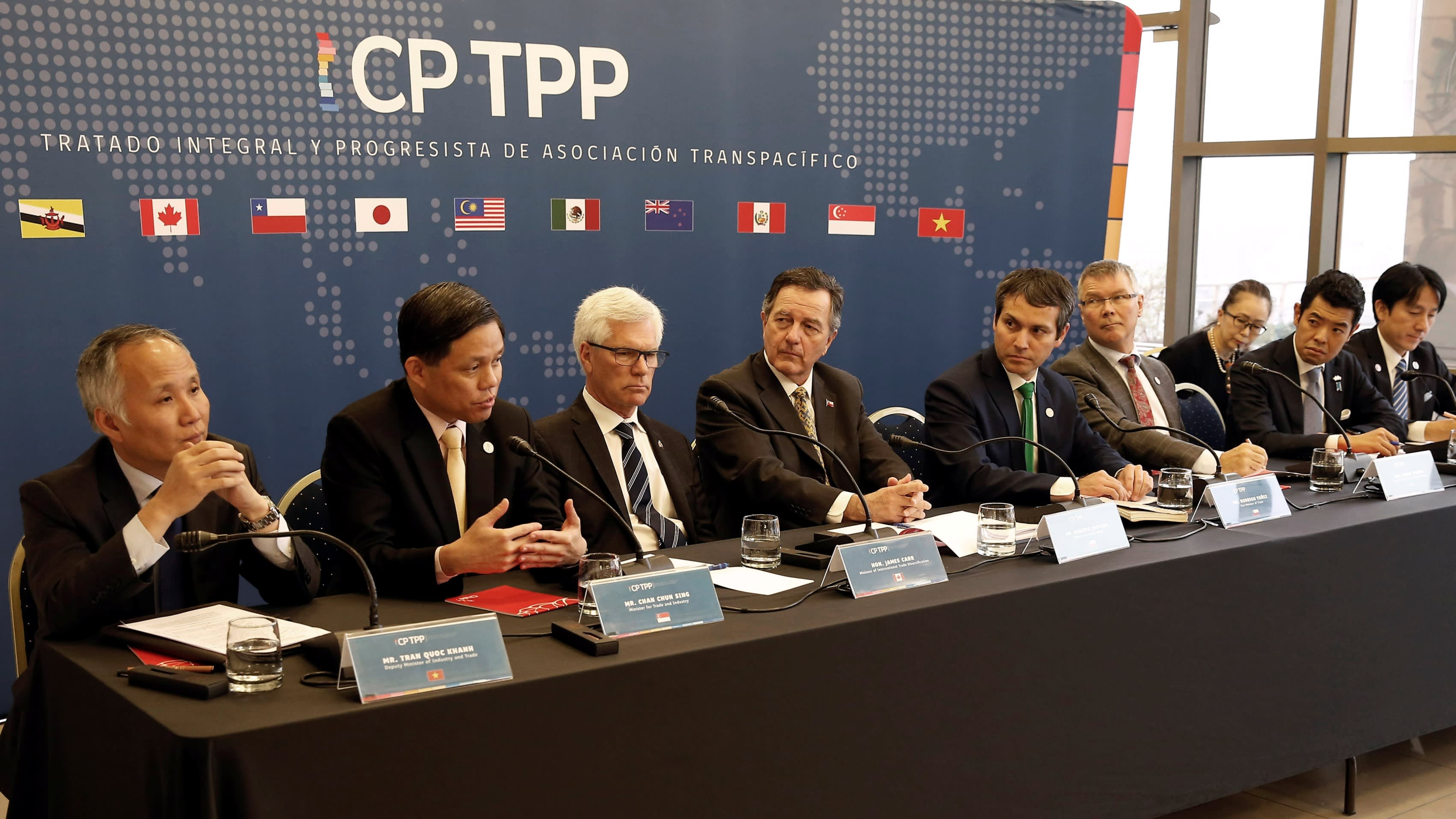 Representatives from members of the CPTPP meet in Santiago in May 2019: there are now two mega-trade deals in Asia that the U.S. is not part of.   © Reuters
CopyCopied

As a new administration takes over in Washington, countries in Asia are watching closely to see if the United States can stabilize its democratic institutions, contain COVID-19 and stay engaged and competitive on the global stage.

The U.S. has long cultivated and sustained a regional security order through a robust network of alliances and partnerships, but China is challenging this order, wooing American allies like Thailand and the Philippines via economic statecraft initiatives like the Belt and Road Initiative.

COVID-19 has only increased the policy challenges for Washington as China recovers faster from the pandemic, reinforcing its economic position and advancing its strategic goals as a result.

To sustain U.S. power and influence in Asia, the Biden administration should enhance economic engagement with the region -- particularly in Southeast Asia, which has become a hotbed of strategic rivalry between Beijing and Washington.

Almost 42,000 U.S. companies export to the 10-member Association of Southeast Asian Nations, supporting about 600,000 U.S. jobs, but U.S. economic standing there is increasingly at risk. A new approach would bolster America's geopolitical prospects in Asia and support its middle-class economy.

In 2020, ASEAN became China's largest trading partner, ahead of the European Union and the U.S., also completing the Regional Comprehensive Economic Partnership that includes China, Japan, South Korea, Australia and New Zealand -- connecting around 30% of the world's people and accelerating intra-Asian integration around China and Japan. That is in addition to the more ambitious Comprehensive and Progressive Trans-Pacific Partnership that already includes three ASEAN members. In short, there are now two mega-trade deals in Asia that the U.S. is not part of.

Instead, Washington has been waging a trade war aimed at China that hits many U.S. partners as well. Yes, tariffs reduce imports, but they also reduce U.S. exports because other countries retaliate. Over the last four years, the U.S. trade deficit has actually increased from $50 billion to $65 billion per month. Moreover, an "America-first" effort to divert trade -- that is, to take exports away from other countries by getting China to buy from the U.S. instead -- has further diminished America's role in Asia's economy. Workers load imported soybeans at a port in Nantong, China, in April 2018: over the last four years, the U.S. trade deficit has increased from $50 billion to $65 billion per month.   © Chinatopix/AP

The obvious correction is to move away from managed trade, rejoin the CPTPP family, and push for more Asian economies to join. The CPTPP has standards that address many legitimate U.S. trade concerns with China, and participation by the U.S. and other Asian nations would create leverage in future negotiations with Beijing.

Though joining the CPTPP would be politically difficult given American skepticism of globalization and free trade deals, it could be explored gradually while identifying possible areas for renegotiation, including on labor and environmental issues. Washington could also promote an open-data agreement among like-minded countries, spurring the kind of innovation among participants that remains crucial for maintaining high-productivity, high-wage jobs in the U.S.

China and Japan provide by far the most infrastructure financing to ASEAN countries, which need $210 billion per year in infrastructure investment just to maintain positive economic growth.

With China actively pushing infrastructure development under the BRI umbrella -- projects include hydropower dams, oil and gas pipelines, and eventually extensive railway networks -- U.S. efforts to brand the initiative as debt-trap diplomacy do not resonate with Southeast Asian countries.

Under its Free and Open Indo-Pacific policy, the Trump administration expanded its infrastructure efforts. It joined Japan and Australia to form the Trilateral Partnership for Infrastructure Investment in the Indo-Pacific to promote sustainable infrastructure based on high governance standards. It also partnered with Tokyo in launching the Japan-U.S. Mekong Power Partnership, with an initial U.S. commitment of $29.5 million.

Yet, few concrete projects have resulted from these initiatives. The Biden administration should make these platforms a reality, accelerating investments and loans, especially in the Mekong region.

The U.S. should not miss this opportunity to compete with China, produce benefits for American investors, and demonstrate high standards in collaboration with regional partners. Washington could appoint a special infrastructure envoy to head up a new regional center at the U.S. embassy in Singapore, for instance, focusing on strategic economic engagement and improved coordination among U.S. development and finance agencies.

Security concerns still matter to Asian countries, to be sure, but many prioritize economic development because it is an immediate pain point for most of them. With BRI and now RCEP, China's economic role is eclipsing that of the U.S. China has signed two large economic deals since Biden's election, most recently an investment agreement with the EU, with the U.S. increasingly at risk of being left out.

By doing more to help ASEAN with its enormous infrastructure needs, the U.S. can also generate wins at home. Support for infrastructure investment in the developing world could be linked to the green agenda of enhanced research and development in new energy sources and energy-efficiency -- in a way that both benefits the region and creates good jobs for Americans.