Ukraine crisis a gift for China that keeps on giving

Beijing is learning invaluable lessons regarding the future of Taiwan 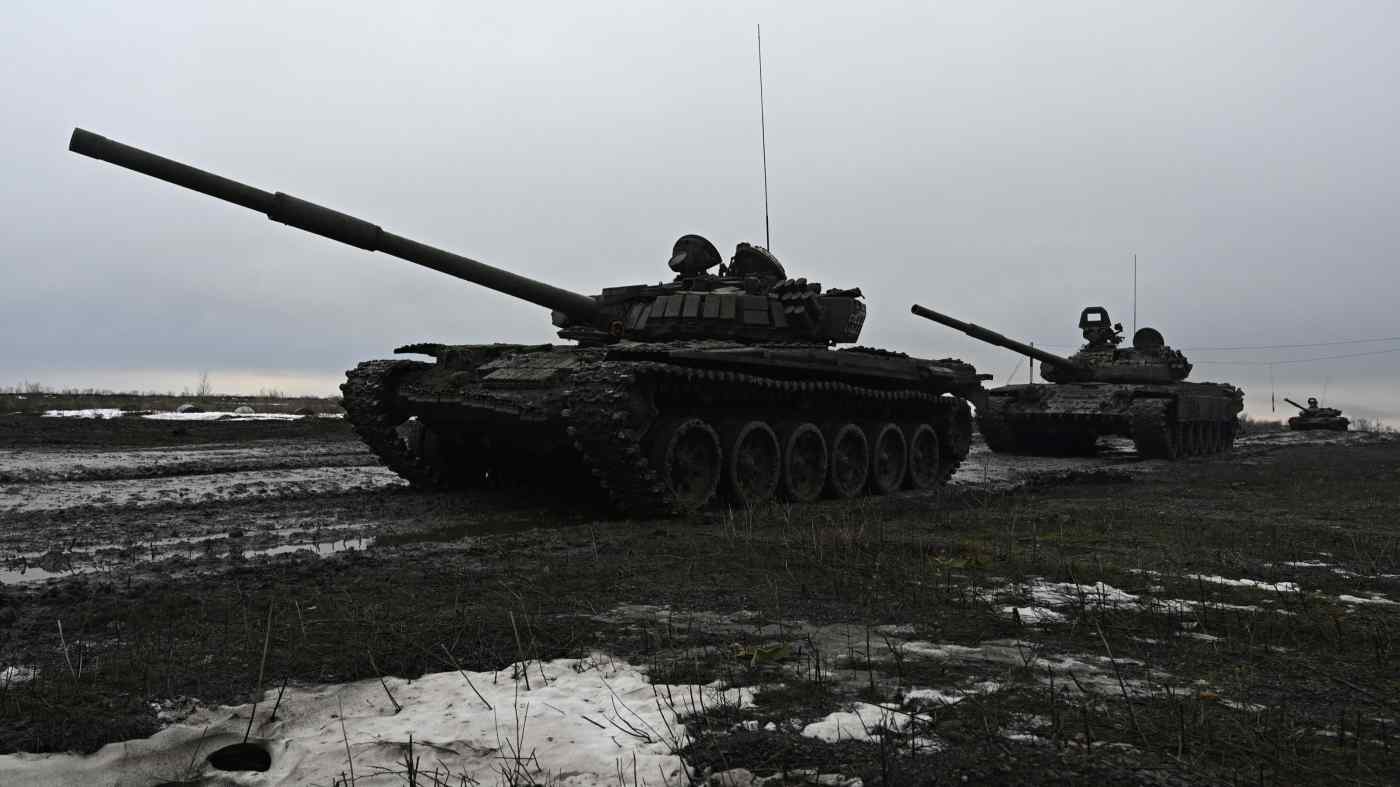 Russian tanks during the drill at the Kadamovsky range in the Rostov region, Russia, on Feb. 3: China's leaders will try to copy some of Putin's tactics.   © Reuters
CopyCopied

The Ukraine crisis may be the greatest threat to peace in Europe since the end of the Cold War. But for China, it is a gift that keeps on giving. In the short term, Russia's threat of war has distracted the U.S., forcing the Biden administration to devote considerable resources to confronting President Vladimir Putin.

Tensions with the West have also pushed Russia closer to China. The joint statement issued by Putin and Chinese President Xi Jinping in Beijing on Feb. 4 leaves little doubt that the Sino-Russian relationship has entered a new phase of strategic alignment.

Should Russia invade Ukraine and precipitate a prolonged conflict in Eastern Europe, China would gain even more geopolitical benefits. The U.S. would be forced to focus on an urgent crisis and give Beijing more breathing space. The harsh sanctions imposed by the West would only make Russia more economically reliant on China.

Whatever the outcome of the Ukraine crisis, China has already learned invaluable lessons that may be applicable in a future crisis involving Taiwan.

To be sure, there are important differences between Taiwan and Ukraine. The most important is the degree of American willingness to go to war to defend them. In the case of Ukraine, the U.S. has made it very clear that it will not risk a war with Russia.

But in the case of Taiwan, America's existing policy is "strategic ambiguity," which does not say whether Washington would come to Taiwan's defense in the event of a Chinese attack. The U.S. hopes to deter a Chinese attack with a vague but implicit security commitment to Taiwan.

As China's leaders watch events unfold in Ukraine, they will understandably try to copy some of Putin's tactics, identify critical weaknesses in the response of the U.S. and its allies, and then try to avoid some of Putin's mistakes. Vladimir Putin attends a meeting with Xi Jinping in Beijing on Feb. 4: the Sino-Russian relationship has entered a new phase of strategic alignment. (Handout photo from Kremlin)   © Reuters

Xi must be deeply impressed by Putin's use of coercive diplomacy. Moscow's goal is not a war or occupation of a large country like Ukraine but the restoration of the sphere of influence that Russia lost after the collapse of the Soviet Union three decades ago.

Putin is finally getting the attention of the U.S. and its allies because he has the military capabilities to make his threat of war credible. America's declaration that it would not fight for Ukraine will probably impress China even more.

Beijing might interpret Washington's reluctance to go to war with Moscow over Ukraine as motivated by fear of a potentially catastrophic conflict with a nuclear-armed peer. If this is indeed the lesson, we should not be surprised if the Ukraine crisis further energizes China to invest more in its military capabilities and raise the stakes of a potential war over Taiwan to a level unacceptable for the U.S.

Threats of sanctions announced by the U.S. and its allies practically give China a preview of the economic perils it must prepare for in the event of a war over Taiwan. Yes, Putin has done his best to protect Russia against such sanctions by de-dollarizing Russia's trade, hoarding hard currency and diversifying markets for Russia's energy exports.

But in China's eyes, Russia may not have done enough to protect its economy, particularly when it comes to critical technology. If anything, the Ukraine crisis will make Xi even more determined to press ahead with more reliance on domestic growth and tech self-sufficiency, even though such a course will significantly hurt economic efficiency.

The discord among NATO allies also demonstrates to China the value of preventing the U.S. from forming a broad anti-China coalition in the event of a crisis over Taiwan. American threats to intervene would be thrown into doubt if major powers in Asia -- most importantly Japan, a treaty ally, and India, a member of the emerging Quad security partnership -- hesitated or tried to hedge their positions.

Ensuring the neutrality of countries in Southeast Asia and Europe would be equally vital. While it would be hard to dissuade Japan from joining the U.S. in a war over Taiwan, which sits astride Japan's sea lines of communication, exploiting discord among America's potential allies and partners in Asia would be too tempting for China not to try it.

The one tactical mistake Putin seems to have made and future Chinese leaders would try to avoid is that he has painted himself into a corner. Specifically, Putin's demand for a written guarantee from the U.S. and NATO concerning security in Russia's immediate neighborhood seems too inflexible. Failing to achieve this goal would force Putin to initiate a war that does not serve the strategic purpose of regaining Russia's sphere of influence without waging a conflict.

China's ultimate objective is to regain Taiwan, also without a catastrophic war. Beijing will make sure that, when the right opportunity comes, it will not only have the necessary military capabilities and economic resilience to make the threat of use of force credible.

More importantly, it will need to adopt more flexible tactics so that China can give itself enough room to maneuver and claim victory even if its original objectives turn out to be beyond reach.