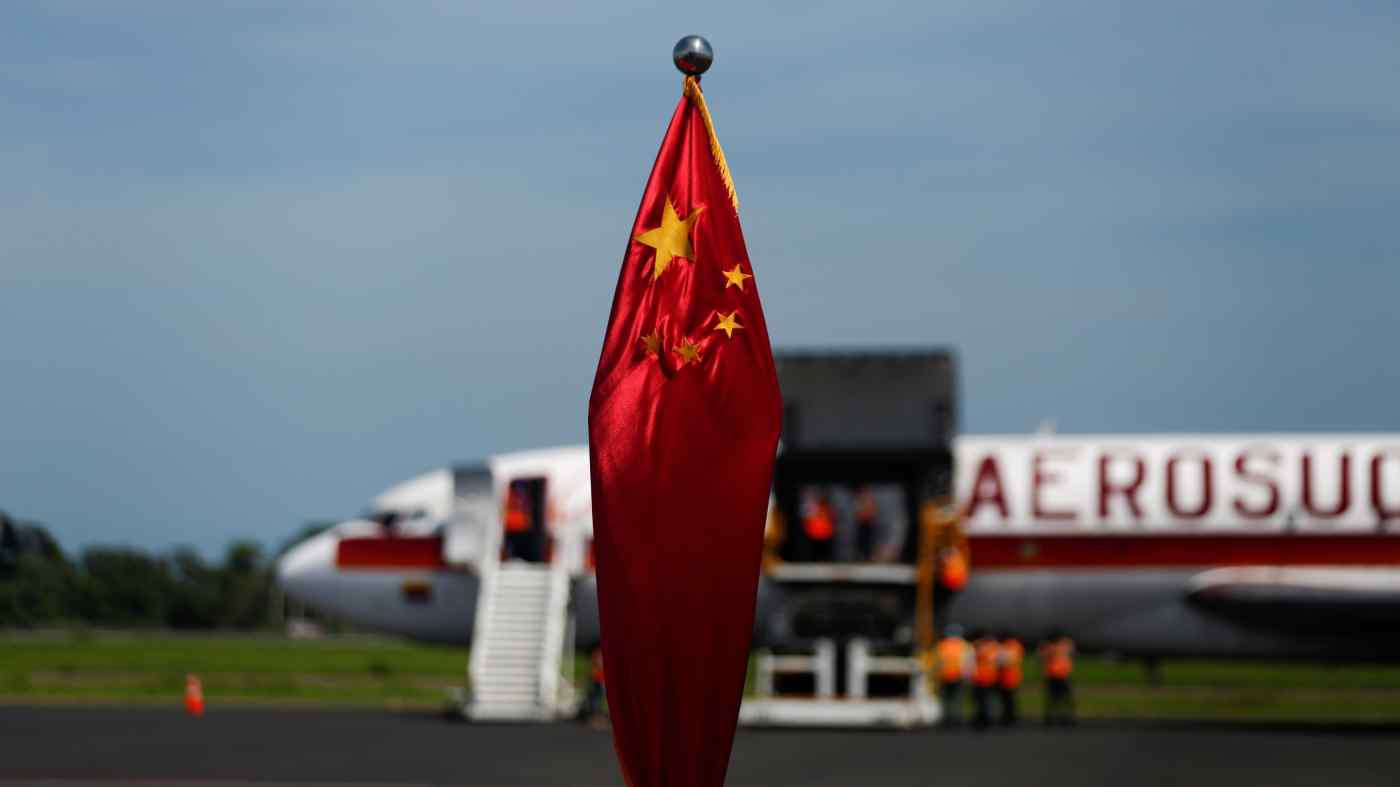 A plane carrying a batch of China's Sinovac vaccines arrives at an airport in San Luis Talpa, El Salvador, on July 7: China has spared no efforts to show its magnanimous side.   © Reuters
CopyCopied

China's craving for recognition as a benevolent and generous great power is no secret.

Even though it is still a middle-income country where rural residents lack access to safe drinking water and decent health care, Beijing has dramatically increased its development assistance to poor countries in recent years. In 2019 alone, it gave out nearly $6 billion in grants, according to one estimate.

Some of the gifts China has handed out have funded trophy projects of dubious value in poor countries, such as a fancy Olympic stadium in Ivory Coast that reportedly cost $240 million. Burundi's new presidential palace, with a price tag of $22 million, is also a gift from Beijing.

During the COVID pandemic, China has spared no efforts to show its magnanimous side. It has donated personal protection equipment and vaccines to poor countries, with Beijing claiming that it has sent over 450 million COVID doses to nearly 100 countries.

But even as Beijing is busy handing out gifts and burnishing its image, it has also established a reputation for itself as a petty bully.

Examples are legion. When Houston Rockets then-general manager Daryl Morey tweeted his support for pro-democracy protesters in Hong Kong in October 2019, Chinese officials not only pressured the National Basketball Association to fire him, it suspended the broadcasting of Houston Rockets games in China.

Norway incurred China's wrath when the Nobel Peace Prize was awarded to Chinese dissident Liu Xiaobo in 2010. Even though the Norwegian government had nothing to do with the decision, Beijing wanted to teach Norway a "lesson" by banning the import of Norwegian salmon.

International airlines got a taste of Chinese pettiness in July 2018 when China demanded they remove any references to Taiwan as a country on their website. Faced with the prospect of damaging business with China, they had no choice but to comply.

The latest manifestation of Chinese pettiness is its demand that officials in Taiwan's representative office in Hong Kong sign a document pledging their support for the so-called One China principle.

Like nearly all other instances of Chinese bullying, it does not seem clear whether China got anything in return for its display of mean-spiritedness -- other than bad press. Even more astonishing is that Beijing does not seem to care much about the enormous damage its pettiness has done to its standing as a benevolent great power that has spent billions of dollars cultivating.

We may better appreciate this paradox -- China's contradictory behavior, acting simultaneously as an international benefactor and a petty bully -- by probing the connection between the nature of the Chinese regime and its external conduct.

Petty powers, like petty human beings, are victims of an insecurity complex. They are seized by overpowering anxiety to show toughness at all times to convince themselves that others take them seriously. For such powers, a facade of strength is more important than anything else. In China's case, its traumatic history as a weak nation bullied by other great powers may explain why its leaders are so quick to take offense. But more fundamental is that Chinese rulers feel so insecure about their power and status that they need to overcompensate with a tough-guy image.

Another way of understanding Chinese petty bullying abroad is to see it as the logical extension of domestic autocratic practice. The ruling Chinese Communist Party is used to getting its way at home and tolerates no opposition or defiance. Why should we expect it to behave differently abroad, unless it faces a stronger power it cannot kick around?

As a regime that seized and kept power with violence, the party is a firm believer in a law-of-the-jungle mindset where might makes right. So weak nations must pay respect -- or else.

Sadly, petty bullying sometimes works, vindicating Beijing's calculations. Although it frequently fails to coerce even weak nations into submission, Chinese bullying works like a charm in cowering foreign companies, such as airlines, hotel chains and consumer brands, that are afraid to lose their access to China's massive domestic market.

Since pettiness seems to be baked into Chinese foreign conduct, even as its leaders seek respect and status, we should expect this behavior to continue.

Victims -- countries as well as companies -- will pay a price. But so, ultimately, will China. At a minimum, petty behavior cancels out whatever positive effects China's largesse may produce. People remember bad headlines more than feel-good stories.

More importantly, Beijing's petty bullying will lose friends and alienate people around the world and help the U.S. build a compelling case to confront and contain China. If China finds itself isolated, it only has its pettiness complex to blame.