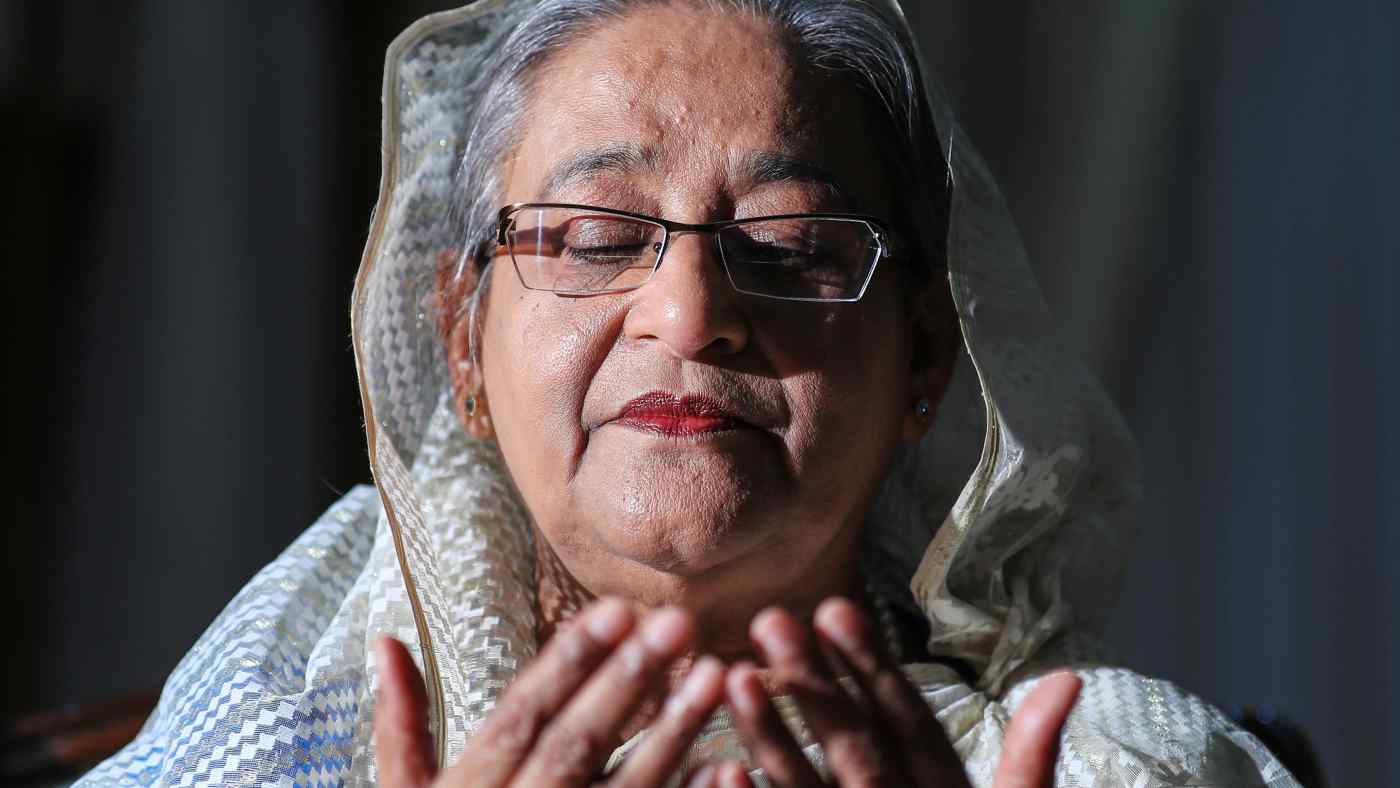 The Iron Lady, who vanquished her domestic opponents on Dec. 31 through a mix of economic development and tight repression, is having the best of both worlds. In a South Asia hobbled by incessant struggle between India and China, she has positioned herself adroitly and, uniquely among the region's smaller powers, she is reaping the benefits of endorsements from both rival Asian giants.

Unlike in Nepal, Sri Lanka and the Maldives, where China and India take opposing sides in internal politics, Bangladesh under Hasina is charting a special path that could be a model for stabilizing the Sino-Indian Cold War. Her thumping election win will further reinforce her capacity to handle the competing interests of New Delhi and Beijing even as the global economic and political environment looks more uncertain.

With India, she has overseen a golden era in ties for years. Her historical association with India since Bangladesh's creation in 1971 and the secular ideology of her Awami League party have made Hasina a beloved figure there.

New Delhi views her as an indispensable backstop against Islamist extremism. When Hasina's archenemy, the currently imprisoned Khaleda Zia, was Prime Minister from 2001 to 2006, India faced terrorist attacks on its soil allegedly hatched by Bangladesh-based and Pakistan-supported groups like Harkat-ul-Jihad al-Islami (HuJI) which operated across the porous 4156-kilometre-long India-Bangladesh border.

Hasina cracked down hard and also committed Bangladesh to root out other anti-India rebel groups waging secessionist campaigns in India's Northeast region. She granted New Delhi access through Bangladeshi territory to connect India's mainland with its northeast. She coordinated with Modi to settle long-standing land and maritime boundary disputes.

Hasina's championing of Bangladesh's Hindu minorities (8.5 percent of its population) in a Muslim-majority country and preventing much-feared militant radicalization have endeared her to India even though these policies have been less than perfectly implemented. Smaller jihadist groups still operate in Bangladesh, and India remains concerned. Nonetheless, the Indian assessment is that electoral success for Zia's Bangladesh National Party (BNP) and its allied Sunni fundamentalist Jamaat-e-Islami (JeI) would have made the situation far worse.

India's strategic interest in a secular Bangladesh has overridden concerns about Hasina's authoritarian tendencies. Nonetheless, as the world's largest democracy, India is queasy when Hasina tramples over civil liberties and political opponents. Since she won a dubious uncontested re-election in 2014 in which the BNP did not even participate, New Delhi worked behind the scenes to try to ensure that the 2018 Bangladeshi election would be more acceptable to the international community.

As a one-party dictatorship, China has few qualms about Hasina's respectability. Beijing sees in Hasina a pragmatic strongwoman keen to maximize foreign economic assistance. China plans to invest a huge $30 billion in infrastructure development in Bangladesh, making it the second largest recipient of Chinese largesse under the Belt and Road Initiative (BRI), following Pakistan (which has been promised $62 billion).

Compared to India's financial commitments worth only $8 billion to Bangladesh, China comes out on top. For the BRI to remain geographically and commercially coherent, China needs access to Bangladesh which sits bang in the middle of the Bay of Bengal and is a gateway to the Indian Ocean. The China-financed Kyaukpyu port in Myanmar and the Chinese-built industrial park in adjoining Bangladesh's Chittagong port are essential for Beijing's manufactured goods and construction companies to push through into the heart of South Asia.

With India unwilling to join BRI owing to fears of Chinese strategic encirclement, the port of Kolkata is beyond Beijing's reach. So, Myanmar and Bangladesh are China's best bets.

As a wily international operator, Hasina knows China has no alternative but to court her. She has extracted better terms from Beijing than other developing states. She negotiated favorable interest rates for Chinese loans and also blocked Chinese workers from pouring in for BRI projects that would arouse local labor resentment.

While the China-Pakistan Economic Corridor (CPEC) has been seen by its critics within Pakistan as too big, too debt-heavy and neocolonial in its approach, the Sino-Bangladeshi deals have not caused alarm domestically because Hasina is not considered a rollover and she can dangle the India card to counterbalance excessive Chinese penetration.

To avoid upsetting India, she has backpedaled on an agreement with China to develop a deep water port in Sonadia and instead awarded Japan the contract for the nearby Matarbari port. Once developed, Matarbari could become a nodal point in the joint Japan-India Asia Africa Growth Corridor (AAGC).

Hasina's balancing act with Beijing has somewhat assuaged India. Unlike autocratic leaders like former Presidents Mahinda Rajapaksa of Sri Lanka and Abdulla Yameen of the Maldives, who caved in abjectly to China's checkbook diplomacy and earned both domestic criticism and India's wrath, Bangladesh is today extracting what it wants from Beijing without handing over the keys to its destiny. As Hasina looks unassailable following the electoral landslide, she is likely to bargain from a position of even greater strength with China.

Deep-pocketed China is a force that cannot be displaced from South Asia, however much India would love such a scenario. When a dyed-in-the-wool pro-India figure like Hasina has opened doors to China, it indicates how far Beijing has expanded its reach.

But the care Hasina has taken over Indian sensitivities suggests that New Delhi is not conceding everything to Beijing. If China's shadow in India's traditional sphere of influence cannot be wished away, the next best option is to limit and constrain it via savvy leaders like Hasina who keep the Islamists under pressure and China in check.

With Modi due for re-election this year and Xi's political and economic conflict with the U.S. intensifying, Hasina does have to reckon with new international risks. If Bangladesh slows as the world economy falters, especially in trade, her stellar economic record will lose some of its shine.

But for now, as Hasina is sworn in yet again as prime minster, she is in a commanding position.