Vietnam is losing appeal as a land of stable, competent leadership 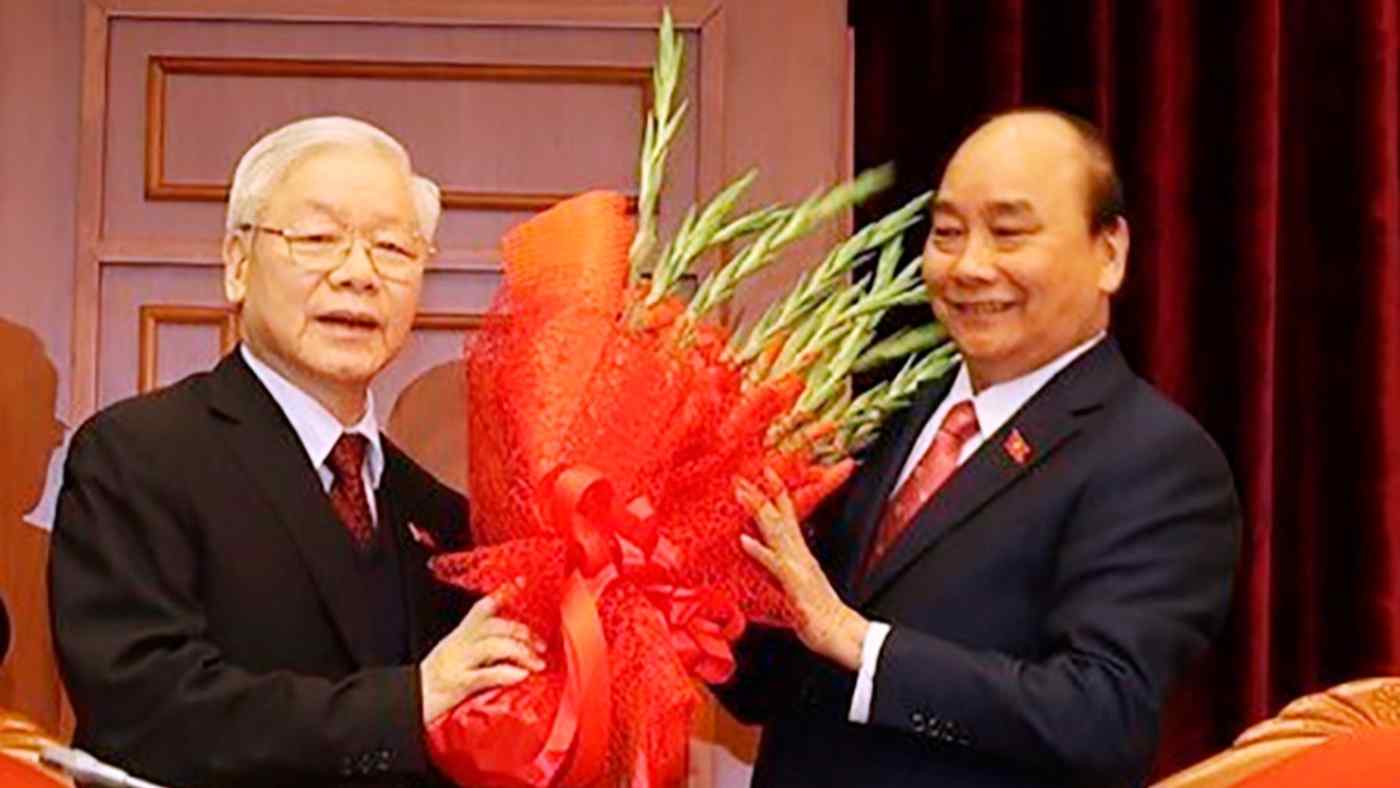 Nguyen Phu Trong, left, is presented with a bouquet by Nguyen Xuan Phuc in Hanoi in January 2021: Trong has viewed Phuc with suspicion due to his pro-Western stance and policy pragmatism.   © VNA/AP
CopyCopied

Zachary Abuza is a professor of strategy security at the National War College in Washington. The views expressed here are his own and may not reflect those of the college or the U.S. government.

The Communist Party of Vietnam kicked off the new year by removing two deputy prime ministers from their posts and key party positions. On Tuesday, the purge reached President Nguyen Xuan Phuc as state media reported his resignation from the government as well as from the party's Politburo and Central Committee.