H&M's shop in Beijing, pictured on Mar. 24: the Swedish fashion brand drew Vietnam's ire after it was accused of posting a map on its website that depicts islands in the South China Sea as Chinese territory.   © Reuters
CopyCopied

Dien Luong is a visiting fellow at the ISEAS-Yusof Ishak Institute, Singapore.

All have recently found themselves caught in the crossfire of intense nationalist debates inside Vietnam, albeit under different circumstances, with the thread linking each controversy being Beijing's unilaterally declared "nine-dash line" that defines its expansive maritime claims in the South China Sea.

The latest incident flared up last month when Vietnam's Authority of Broadcasting and Electronic Information demanded that Netflix remove Australian spy drama "Pine Gap" from its program lineup because the show "angered and hurt the feelings of the entire people of Vietnam" by featuring a map depicting the nine-dash line, which Hanoi has long bristled at.

While Netflix confirmed that the show had been pulled from Vietnam -- "Pine Gap" remains available to subscribers elsewhere -- Vietnamese authorities said they had flagged similar breaches of the country's sovereignty in two other Netflix programs over the past 12 months.

Netflix is not the only offender. In October 2019, Vietnamese netizens spotted that "Abominable," a film co-produced by DreamWorks and Shanghai's Pearl Studio, also showed a map that included the nine-dash line. The film was immediately yanked off Vietnamese cinema screens.

Growing hordes of online patriots have proved increasingly vocal in defending Vietnam's image abroad by flagging content they deem controversial and inappropriate. In the Vietnamese cybersphere, anti-China sentiment, fueled either by territorial disputes or Beijing's influence, has been the main trigger for nationalist expressions.

Over the years, Vietnamese authorities have become well aware that any move to repress nationalism, anti-China sentiment in particular, only alienates the very audience whose support they need to shore up. In that context, Vietnamese authorities have displayed an acute sensitivity to nationalist sentiments expressed online, often using them to serve their own agenda.

In April, H&M was savaged online after Chinese authorities asked the fashion retailer to correct a "problematic map of China" on its website.

Even though it was not clear what the problem with the map entailed, in Vietnam it was quickly framed as a sign that H&M had capitulated to China by using a map that included the nine-dash line, triggering boycott calls that ricocheted online and in the state-controlled media.

In November 2019, Jackie Chan had to scrap a visit to Vietnam after a furor erupted online alleging that he had spoken in support of the nine-dash line. Well known for his pro-China views, at that time there was no record of Chan publicly supporting Beijing's South China Sea claims. 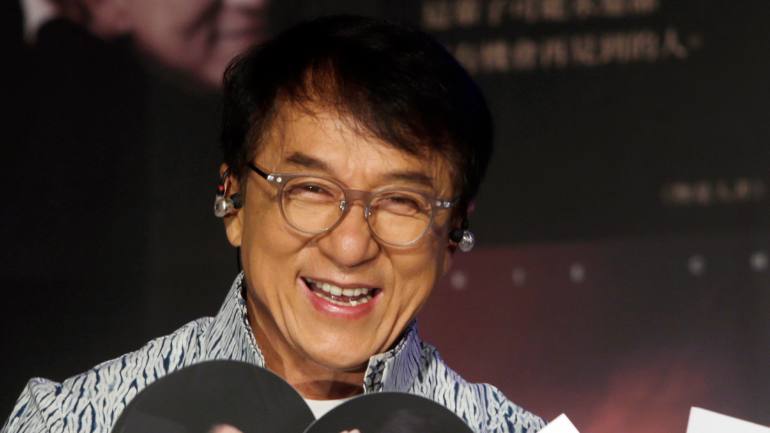 All of these cases follow an eerily similar pattern: Despite a lack of compelling evidence, Vietnam's online patriots have been only too happy to pounce. Moreover, Vietnamese authorities have then seized on such nationalist sentiment to telegraph significant messages to a broader international audience.

Chief among these messages is the fact that strong nationalist sentiment at home should not be trifled with. Second, nothing risks stirring up controversy quicker than appearing to validate China's South China Sea claims. Finally, even though Vietnam's economy is dwarfed by China's, in some cases, winning over online patriots -- or at least not ruffling their feathers -- should be a crucial consideration for companies seeking to enter the Vietnamese market.

What is more curious about the latest Netflix uproar is that while Vietnam's broadcasting authority reiterated the standard lines about hurt feelings, the actual online backlash against the U.S. streaming giant was not so clearly visible this time. At the very least, it was not nearly as potent as other nationalist waves that forced the authorities to act.

The takeaway here is that Vietnam seems increasingly comfortable playing the nationalist card, to the extent that it can cite public opinion, regardless of whether or not such popular nationalist sentiments exist.

Still, that tactic is not without peril. Like their Chinese counterparts, Vietnam's leaders must confront the vexing question of how to balance the long-term risk of stoking nationalist flames too high against the short-term gains of fortifying the regime's legitimacy with assertive performances on the international stage.

In boosting their nationalist credentials, Vietnam's leaders are walking a tightrope between placating nationalist fervor and preventing it from turning back on them. By tapping into anti-China sentiment, they must be careful not to let things get out of control. Past anti-China protests that turned violent were a bitter pill for Vietnamese authorities to swallow.

Vietnamese censors have also harped on the need to crack down on what they call "anti-state content," chiefly content that is perceived to be detrimental to the reputation of the regime and its leaders.

But what the online patriots have made clear is that their cause is ultimately the nation itself. Vietnamese authorities face a daunting challenge in continuing to justify cracking down on anti-state content without alienating the nationalists whose support they need.