Pendulum finally swinging back to the south 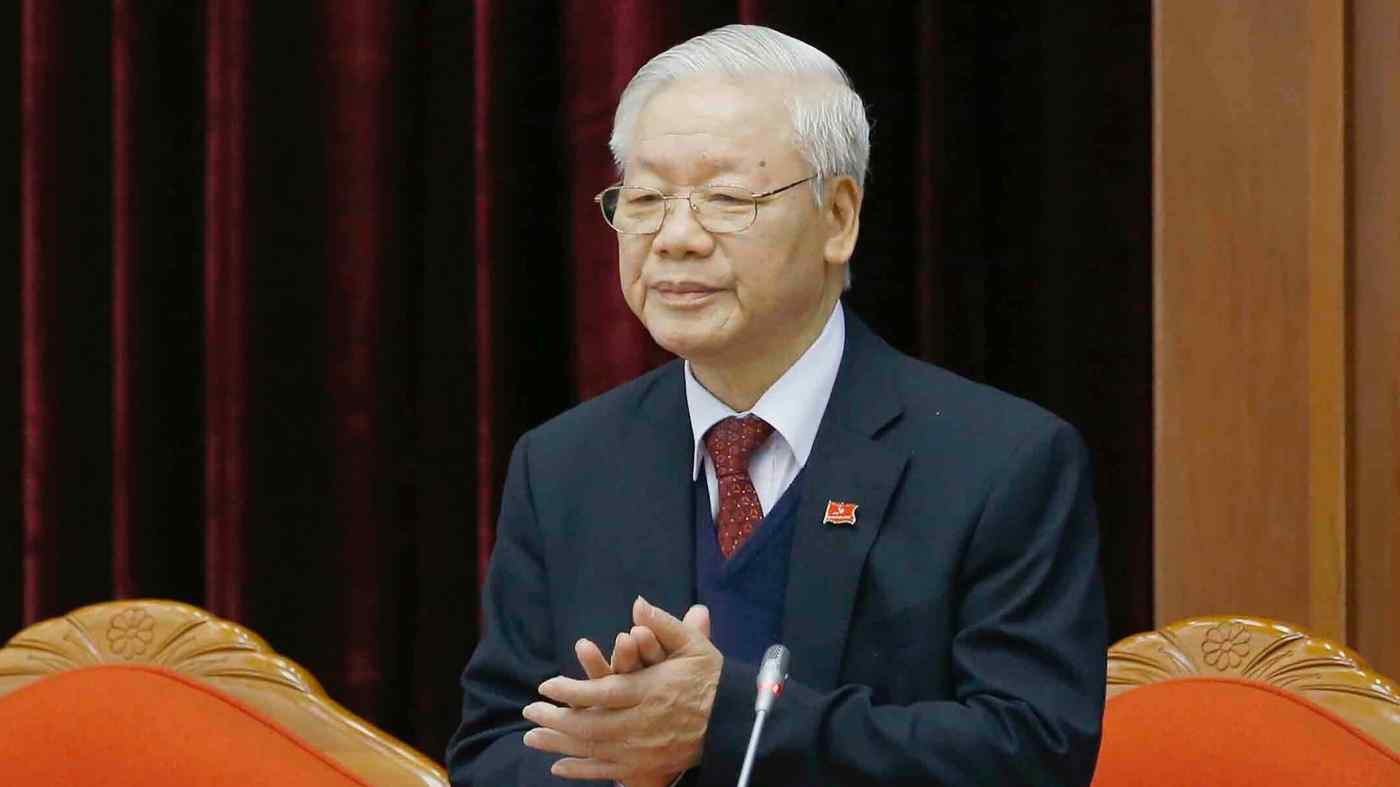 Le Hong Hiep is a senior fellow at the Vietnam Studies Program of the ISEAS -- Yusof Ishak Institute, Singapore.

For historical reasons, Vietnamese politics are highly sensitive to regionalism. Indeed, the regional divide is one of the most important themes in Vietnamese history over the past four centuries.

Facing pressure from the Trinh family in the north in the 17th century, Nguyen lords led an army southward that eventually helped establish Vietnam's sovereignty over most of its current southern territories. A prolonged civil war between the two families then left the country divided for more than 150 years.

After Vietnam's communists proclaimed independence in 1945, the 1954 Geneva Accords pitted the communist-ruled north against the American-backed south in what became a long and devastating war.

Unified once again in 1975 under the Communist Party of Vietnam (CPV), since the late 1980s the party's succession politics have gradually become institutionalized, with Vietnam's top leaders carefully balanced between the north, south and central regions.

The party has achieved this by allocating at least one of the country's top four political offices -- namely CPV general secretary, state president, prime minister and National Assembly chair -- to each region. This is to preserve national unity and to prevent unhealthy regionalist sentiments rooted in historical memories from poisoning party politics.

However, the party's recent leadership transition has failed to preserve this important norm.

At its 13th national congress, which concluded in early February, General Secretary Nguyen Phu Trong was reelected to an unprecedented third term. Then on Mar. 31, based on personnel decisions made at the congress, the National Assembly installed former Hanoi Party Secretary Vuong Dinh Hue as its chair.

This is not the first time in recent history that the CPV has broken this norm. At its 10th congress in 2006, for example, no politician from the central region was elected into the top four. However, the exclusion of southern politicians this time around is much more remarkable because the south, as the country's most important economic driver, with Ho Chi Minh City alone accounting for a quarter of national GDP, is generally considered too important to be omitted from the national leadership structure.

Moreover, historical memories were mostly shaped along the north-south divide, making southerners more sensitive to any such lack of representation.

In an attempt to address southern politicians' grievances, the party appears to be taking steps to gradually restore the regional balance.

Soon after the 13th congress, the party installed Vo Van Thuong, a politician from the southern province of Vinh Long, as the standing member of its secretariat, the No. 5 position in the party's hierarchy. Last week, the National Assembly also elected three southerners into senior state and government positions, including Vo Thi Anh Xuan from An Giang Province as vice president, Tran Thanh Man from Can Tho city as deputy chair of the National Assembly, and Le Minh Khai from Bac Lieu Province as one of the deputy prime ministers. 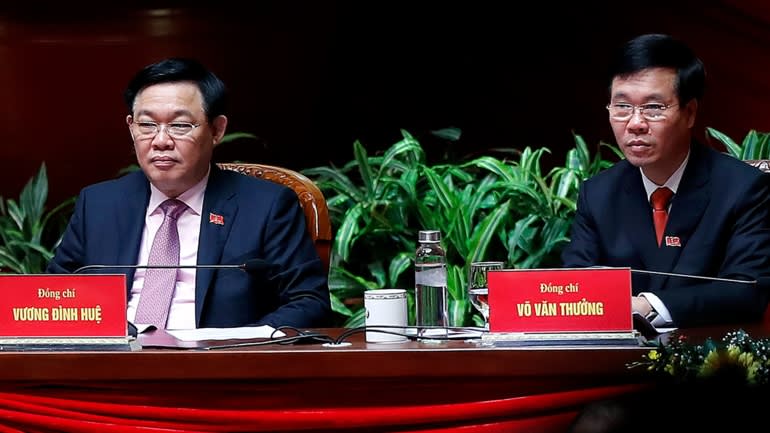 Secretary of the CPV Central Committee Vo Van Thuong, right, and Secretary of Hanoi Party Committee Vuong Dinh Hue sit ahead of the closing ceremony of the 13th national congress on Feb. 1.   © AP

There has been speculation among Vietnam watchers that due to his advanced age, frail health and the fact that he has exceeded the usual two-term limit, General Secretary Trong may step down halfway through his third term and hand over to either Vuong Dinh Hue or Pham Minh Chinh.

Historical precedent and practical considerations suggest that if this happens, Hue will stand a better chance of being chosen for the top office. Trong himself used to be a National Assembly chair before assuming his current position. Further, as the prime minister oversees the economy, changing the National Assembly chair will cause less disruption to the country's economic management.

In case Hue is chosen to succeed Trong, Thuong and Man -- both Politburo members -- may be front-runners for the National Assembly chair position Hue vacates. Another potential candidate may be Nguyen Van Nen, who is a native of the southern province of Tay Ninh and currently party secretary of Ho Chi Minh City.

Their southern origin will give them an important edge over competitors, as installing any of them into this position will help the party restore the regional balance within its top leadership. The key questions are when Trong will hand over his position to Hue, and who among Thuong, Man and Nen will be favored to succeed Hue as National Assembly chair.

Should the regional balance norm be restored, it will be a meaningful decision for the CPV. To justify personnel arrangements made at the party's 13th congress, some officials have dismissed regional balance as an unimportant factor in the party's personnel decisions, highlighting instead the quality of candidates as the top criterion.

However, given Vietnam's unique historical experiences, it is in the best interest of both the party and the nation to restore the norm, the sooner the better.