Myanmar crisis highlights the limits of the 10-member bloc's ambitions 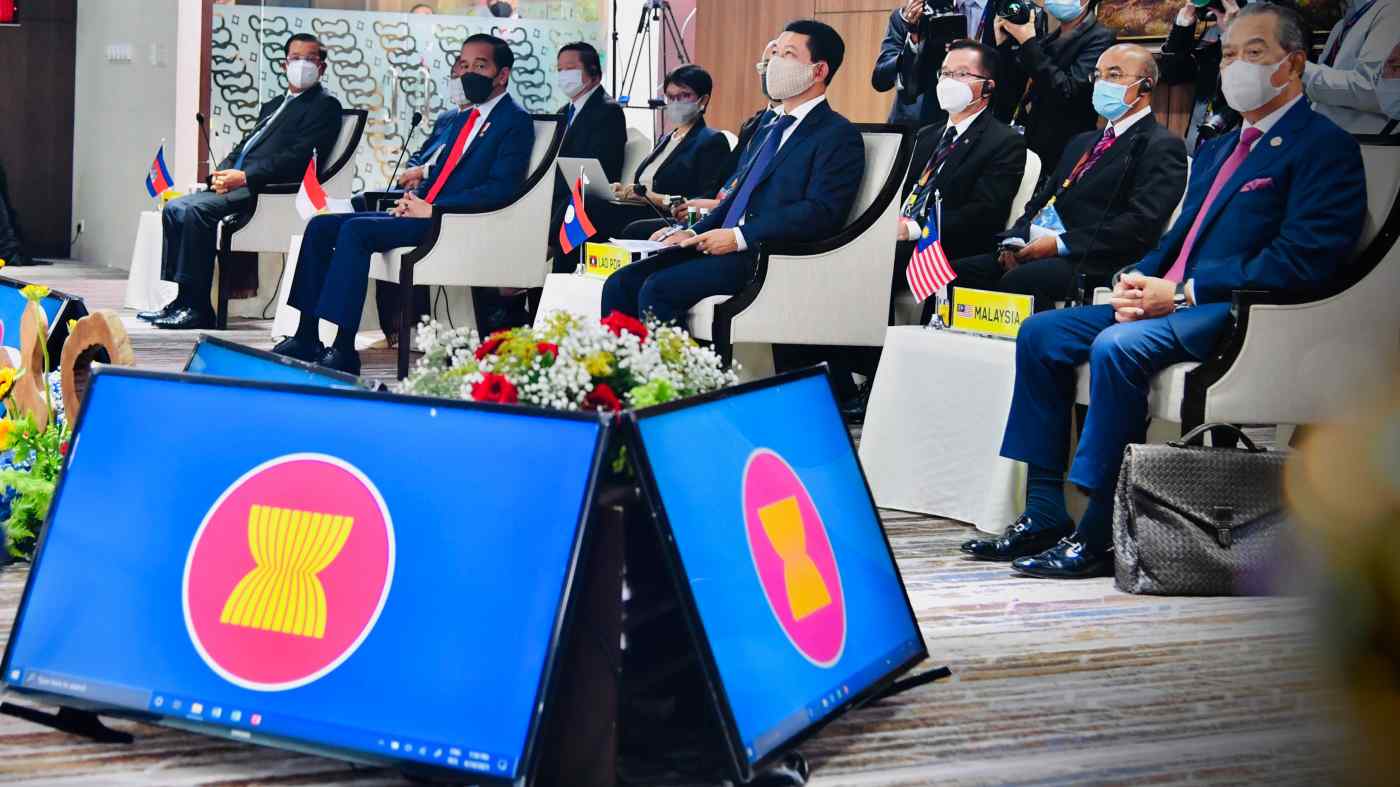 ASEAN leaders' meeting in Jakarta on Apr. 24: the organaization is more likely to be a useful partner on the humanitarian rather than the political front.   © Indonesian Presidential Palace/AP
CopyCopied

Ben Bland is the director of the Southeast Asia program at the Lowy Institute and the author of "Man of Contradictions: Joko Widodo and the Struggle to Remake Indonesia."

America's Central Intelligence Agency tends to be remembered more for its failures than its successes, especially in Southeast Asia, where it left a trail of destruction.

But the CIA's analysis department should be commended for its foresight about the Association of Southeast Asian Nations, the regional organization founded in 1967.

Writing just six years later, the CIA argued in a now-declassified report that ASEAN would prove an "important core for stability and unity" in a fractured region but would "probably never develop into a well-integrated or cohesive unit."

The CIA's depiction of ASEAN's weaknesses -- and strengths -- still rings true to this day as the organization is lambasted by critics inside and outside the region for its failure to take decisive action over the coup and continuing violence in Myanmar.

It took ASEAN four months to appoint an uninspiring Bruneian diplomat as its special envoy to Myanmar. But it has still not put any significant pressure on Myanmar's military regime and has avoided high-level talks with the country's ousted democratic leaders. The organization's response is certainly lamentable. It is not, however, surprising.

Some Southeast Asian critics have accused Brunei -- the tiny, wealthy sultanate that holds the rotating annual ASEAN chair -- of mishandling its leadership role since the February military takeover.

But Sultan Hassanal Bolkiah, who serves concurrently as prime minister, defense minister, finance minister and minister of foreign affairs, is no diplomatic naif. He has been attending meetings of ASEAN leaders since 1987, when his counterparts included Suharto, Lee Kuan Yew and Mahathir Mohamad.

Rather than reflecting Brunei's deficiencies, ASEAN's stance on Myanmar reflects the fundamental character of the organization, and the region. While it is right to hope for more from ASEAN, it is important to understand its limitations rather than wish them away.

First, ASEAN is an interstate body designed to promote cooperation among sovereign governments, not a supranational entity that stands above them, like the European Union. The clue is in the name: Association. ASEAN's secretariat in Jakarta is kept deliberately weak, with limited funding and power, while the rotating chairs take on much of the work of organizing an endless jamboree of official meetings.

Second, ASEAN's core principle of noninterference in other member states' internal affairs severely curtails its ability to take punitive action. While this in part reflects ASEAN's lack of ambition, more important is that it reveals the overwhelming desire of Southeast Asian governments to protect their hard-fought independence.

Third, ASEAN values consensus and consultation over hard-edged decision-making, reflecting both the principle of noninterference and the interstate rather than supranational nature of the organization.

Although each member state has the power to veto any decision, governments usually avoid getting to that point by preemptively scaling back their ambitions. ASEAN member states prefer to unite behind the lowest common denominator rather than clash publicly over a divisive proposition.

Indonesia, Malaysia, the Philippines and Singapore may have wanted a more impactful ASEAN envoy and a slightly harder line against the Myanmar junta. But they were not willing to break from the rest of the bloc to push their own more progressive position.

Despite ASEAN's stated commitment to "strengthen democracy and good governance," as an intergovernmental organization, its political character mirrors that of its diverse but mostly undemocratic members, which include two military regimes -- Myanmar and Thailand, two communist dictatorships -- Laos and Vietnam, one personalized dictatorship -- Cambodia, an absolute monarchy -- Brunei, two flawed democracies with a history of one-party rule -- Singapore and Malaysia, and two illiberal democracies with competitive elections -- Indonesia and the Philippines.

It is understandable, then, that ASEAN member states mostly act according to self-interest, not norms or values, and that the organization has no mechanisms to discipline wayward members like Myanmar. 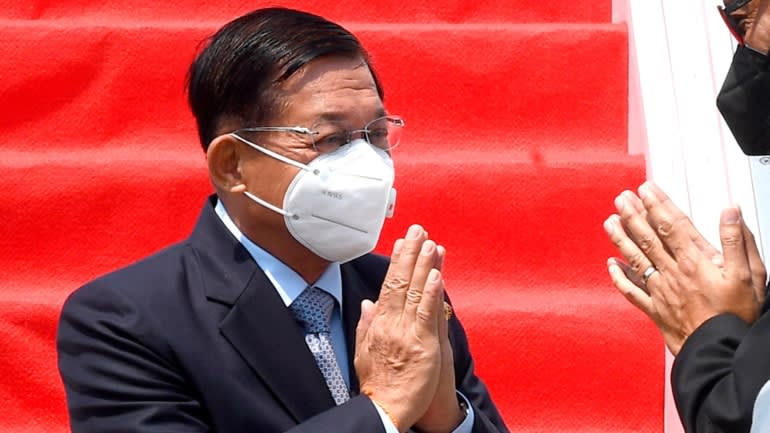 Myanmar's Senior Gen. Min Aung Hlaing arrives at Soekarno-Hatta International Airport in Tangerang on the outskirts of Jakarta on Apr. 24: ASEAN has no mechanisms to discipline a wayward member.   © Indonesian Presidential Palace/AP

When, under pressure from Indonesia, ASEAN agreed to appoint an envoy to Myanmar in April, I believed that this was neither a cause for triumphalism nor cynicism. History is not predetermined and there was a possibility, however unlikely, that Southeast Asian governments might attempt to move out of their comfort zone. But too many outside powers, from Australia and the U.S. to Japan and China, hid behind their support for ASEAN and fiddled while Myanmar burned.

It remains the case that Myanmar's future will largely be determined on the ground as the decadeslong struggle between the military and the people intensifies.

However, as Myanmar spirals into a COVID-19 crisis, in addition to the political and economic crisis, there are still many ways to alleviate humanitarian suffering and increase the pressure on a military government seeking legitimacy. Realistically, ASEAN is more likely to be a useful partner on the humanitarian rather than the political front.

ASEAN's deficiencies may be galling. But it is, sadly, in good company in offering little succor to Myanmar's people, alongside China and Russia, and the U.S. and its allies. In our imperfect world, ASEAN will remain, much as the CIA portrayed it 48 years ago, inadequate yet indispensable.