Four takeaways on the future of Seoul's alliance with the US Soo Kim is a policy analyst at the nonprofit, nonpartisan RAND Corporation and adjunct professor at American University.

South Korea's Blue House appears to be running on all cylinders to build relations with U.S. President-elect Joe Biden, with President Moon Jae-in and his team busy issuing public statements and arranging high-level meetings with key players in the incoming administration.

There are high public expectations too, with a significant portion of Seoul's news cycle dedicated to updates on the U.S. presidency and how the Biden administration might respond to South Korean officials' outreach and policy coordination calls.

So, what can the Biden administration expect from South Korea on critical foreign policy issues? Based on Moon's recent diplomacy efforts and statements, four clear takeaways have emerged.

When it comes to the alliance, under the Biden administration, U.S. allies will no longer be regarded as a source of revenue, which means an end to Washington's demands for, at one point, a fivefold increase in Seoul's payments to maintain U.S. troops in South Korea. The removal of perhaps the stickiest of all sticking points in alliance issues is undoubtedly a sigh of relief for the South Korean government and may go a long way toward rebuilding Seoul's trust and alleviate concerns about the waning U.S. commitment to security challenges on the Korean Peninsula.

On North Korea, the Moon administration looks as if it will continue to press for diplomacy with Pyongyang, including another U.S.-North Korea summit. This was evidenced by South Korean Foreign Minister Kang Kyung-wha's four-day trip to Washington, which began the day after Biden was declared the winner. 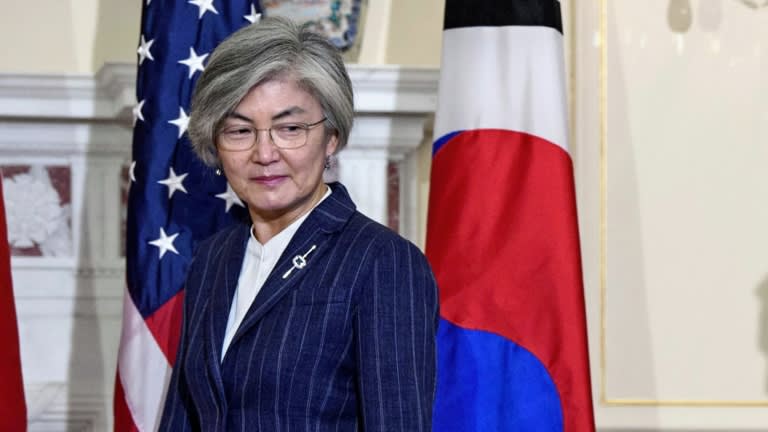 As far as U.S.-China regional competition goes, South Korea looks set to make efforts to preserve balance and distinction between its relations with the U.S. and China to avoid having to choose sides. One example of Seoul's balancing act can be found in its position on Washington's Indo-Pacific strategy, which will likely carry over into the Biden administration.

Seoul has branded its own version of engagement with the region -- its New Southern Policy. President Moon recently announced during a summit with ASEAN nations the upgraded New Southern Policy Plus, with plans to cooperate with member states on common challenges including a Korean contribution to ASEAN's coronavirus response fund. Seoul will likely press on with this construct in the interest of preserving its alliance with Washington and keeping Beijing's economic and political coercion at bay.

In terms of tackling Korea-Japan tensions, the biggest sticking point in constructive trilateral cooperation on common issues -- and against the China threat -- lies in the ongoing dispute between Japan and South Korea over the settlement of their colonial history.

Senior officials in Seoul have taken some steps toward resuming communications with Japan. Notably, South Korea's intelligence chief traveled to Tokyo to meet with Japanese officials, including Prime Minister Yoshihide Suga. His meetings, however, focused largely on seeking reparations from Japan, including another apology from Suga -- similar in spirit to the 1998 joint declaration wherein the Japanese prime minister apologized for Japan's colonization of Korea. 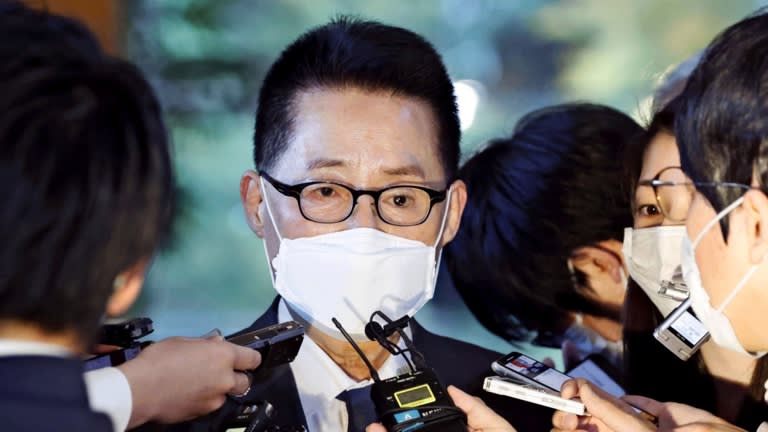 South Korea's Director of the National Intelligence Service Park Jie-won speaks to media reporters at the prime minister's official residence in Tokyo on Nov. 10; his meetings with Suga focused on seeking reparations from Japan.   © Kyodo

On the domestic front, the Bank of Korea has announced plans to remove "pro-colonial Japan" artists' work from coins and paper notes as part of the nation's efforts to recast its history. Unless there are improved bilateral relations between Seoul and Tokyo, including at least a temporary mending of Seoul-Tokyo historical contentions, trilateral cooperation on common issues may not see much progress.

That the Moon administration has expressed a proactive and enthusiastic attitude toward the incoming administration is encouraging; it underscores the importance of the U.S.-South Korea alliance to Seoul's national interests and strategic considerations. President Moon appears eager to set a new tone for the U.S.-South Korea dialogue, one that is favorable to policy coordination on key foreign policy challenges.

The U.S. should also note that Moon, as he enters the final year of his five-year presidential term, will be working under a compressed timeline to achieve some policy successes and build a presidential legacy. This may hinder policy coordination between Washington and Seoul, as Moon may want to press for quick progress on priority issues more urgently than the Biden administration will be comfortable with.

For Biden, the linchpin alliance with South Korea may guarantee the broad contours of the bilateral relationship that have sustained Washington and Seoul for seven decades. At the same time, Seoul's contextual and time constraints under the outgoing Moon administration will make for its own set of challenges toward making substantial progress on some of the long-standing policy issues that have been a source of irritation between the two countries.