What to expect after ASEAN's Myanmar summit

Diplomacy is about doing what is practical 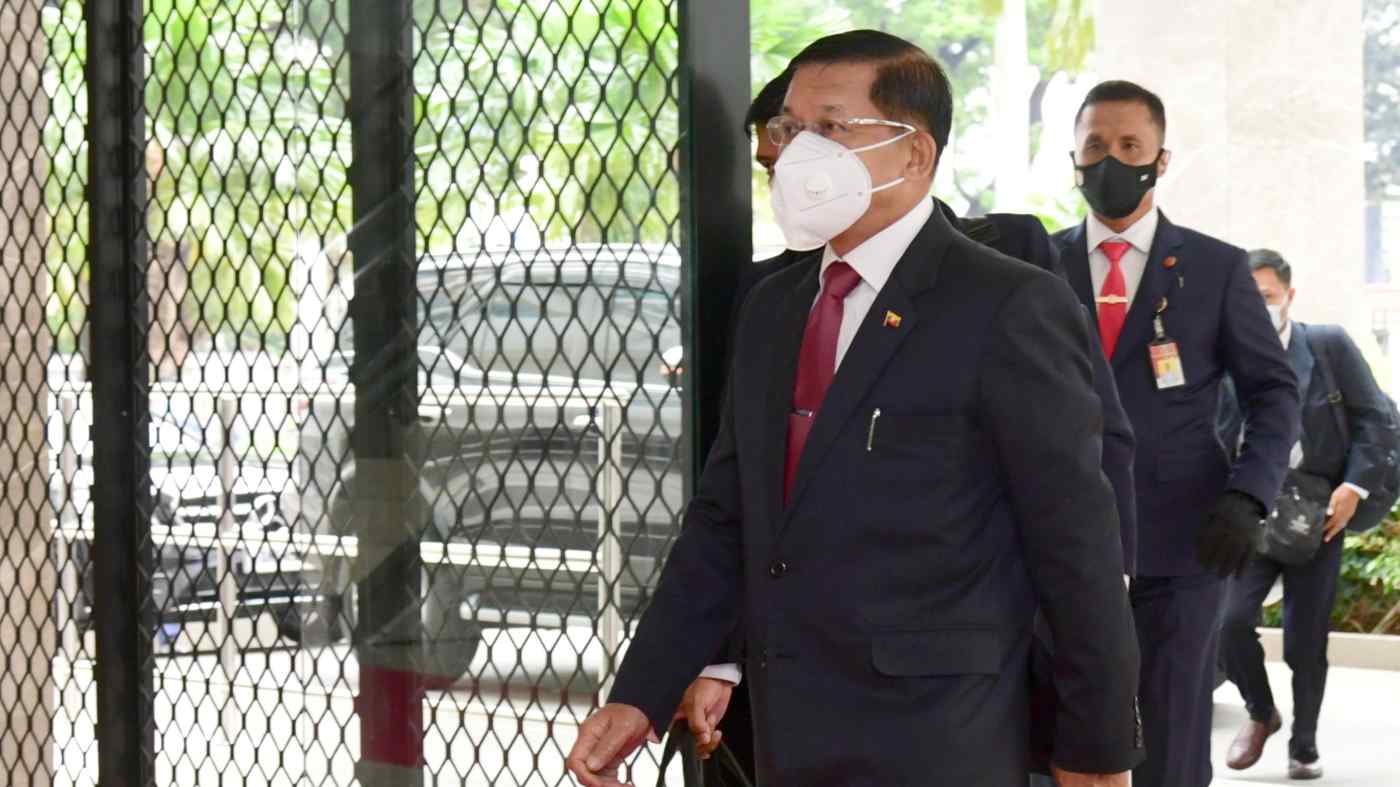 Min Aung Hlaing arrives as he attends the ASEAN leaders summit in Jakarta on Apr. 24: the junta leader at least thought it necessary to be in the same car.    © Reuters
CopyCopied

The ancient Chinese observed that a journey of a thousand miles begins with a single step. A wise former colleague of mine once added, "in the right direction."

This leapt to mind after the special Association of Southeast Asian Nations summit on Myanmar on Apr. 24. Only in the movies do leaders gather around the table in a closed room and, after tense discussions, emerge triumphantly with a solution that saves the world.

In reality, diplomacy is always a journey. But while you may know where you want to go, the duration and exact route usually cannot be determined in advance. Success is measured not by whether a meeting produces a solution but whether each step is in the right direction.

Thitinan Pongsudhirak of Chulalongkorn University has written, in the article "Myanmar's junta takes ASEAN for a ride" published by Nikkei Asia on Apr. 28, that ASEAN "risks being taken for a ride by its rogue member" arguing that the summit only legitimized the junta without any firm commitment to stop violence against protesters, release political prisoners, or return to civilian rule.

The risk is certainly there. After the summit, Myanmar's information ministry said that the junta would "give careful consideration to constructive suggestions" but made clear that its priority was to "maintain law and order."

It is not uncommon for academics to think themselves wiser than everybody else, and occasionally that may even be true. But no ASEAN leader is a diplomatic-naif who expected the junta to immediately take any other position. Would it have been better to do nothing?

The summit reached consensus on five points based on Singapore Prime Minister Lee Hsien Loong's summary of the discussions: an immediate cessation of violence and utmost restraint by all parties; Constructive dialogue among all parties; a special envoy of the ASEAN chair to facilitate mediation; humanitarian assistance through ASEAN Coordinating Center for Humanitarian Assistance; and the special envoy to visit Myanmar to meet with all parties concerned.

These points were certainly a step in the right direction. If junta leader Senior Gen. Min Aung Hlaing took the ASEAN leaders for a ride, he at least thought it necessary to be in the same car with them. That is something.

Lee had included a sixth point on the release of political prisoners. Min Aung Hlaing did not openly object to Lee's summary. But given his diatribe against the opposition, the sixth point was prudently shifted to the chair's statement rather than risk losing the other five.

No ASEAN leader referred to Min Aung Hlaing as leader of the State Administration Council, as the junta calls itself. Still, it is impossible not to deal with the junta, and ASEAN's special envoy will have to do so, just as he -- the envoy is unlikely to be she -- will eventually have to deal with the opposition.

Immediately after the summit, an opposition spokesman said that there will be "no compromise" unless four conditions are met: return to the post-November 2020 election status quo ante including the reinstallation of Aung San Suu Kyi as head of government, stopping violence against civilians, getting soldiers off the streets and the release of political prisoners.

An Apr. 27 statement by National League of Democracy MP Winn Khaing Thann, now Prime Minister of the National Unity Government, the opposition government-in-exile, was more moderate in tone, but the content was much the same. There is no prospect that the Tatmadaw will ever agree to the first of these conditions.

The Apr. 27 statement also demanded that ASEAN's special envoy deal with representatives of the Civil Disobedience Movement and Ethnic Armed Organizations. That will certainly be a stretch too far for the Tatmadaw, particularly since some in the opposition have called for armed struggle.

For now, ASEAN should focus on minimizing the violence against civilians and getting at least some political prisoners released. These are not impossible goals.

Figures from the Assistance Association for Political Prisoners show that the curve of protesters killed had flattened even before the summit, although one protester was killed on Apr. 26 and seven on May 2. The decreasing rate of casualties can be attributed to the increase in arrests and hence fewer protesters on the streets. More protests mean more deaths, it is as simple as that. 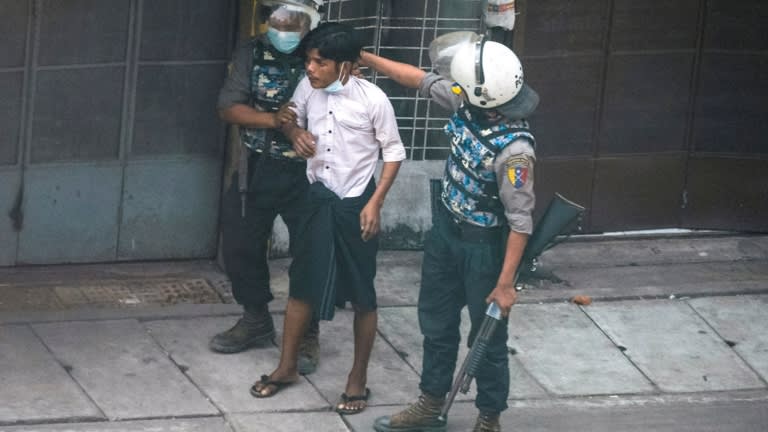 Riot police officers detain a demonstrator in Yangon on Mar. 19: the decreasing rate of casualties can be attributed to the increase in arrests.   © Reuters

An American friend asked what was the threshold before countries would act to protect civilians. I replied that none of Myanmar's neighbors would ever intervene, assuming they had the capability. The U.S. is the only country that clearly had the capability, but after decades of war in the Middle East, America is now sick of interventions.

In the mid-1990s, violence against civilians in the Balkans was many times more horrific than anything that has ever happened in Myanmar, previously or now. Nobody intervened until the Serbs made the mistake of mistreating Dutch peacekeepers. It was NATO's credibility, not the murder of civilians, that was the trigger.

ASEAN's special envoy is still under discussion. But the Brunei chair is expected to visit after Ramadan which ends on May 12. ASEAN will meet the American and Chinese foreign ministers at the end of May. So many people have been arrested that the junta could keep ASEAN in play before these meetings by releasing some of the less significant prisoners when Brunei visits.

None of this is ideal, but diplomacy is about doing what is practical at any point in time. Chasing chimeras only risks losing even small gains.