Opening fireworks aside, Anchorage talks were a closed-door success U.S. Secretary of State Antony Blinken, right, speaks while facing Yang Jiechi, left, China's director of the Central Foreign Affairs Commission Office in Anchorage on Mar. 18: both sides were putting on a show for the home audience.   © Reuters
CopyCopied

The dust from the U.S.-China high-level dialogue in Alaska seems to be settling down.

The idea left in most people's minds, however, is not what the dialogue actually achieved, but the drama of the bickering and recriminations between Chinese Communist Party Politburo member Yang Jiechi and his U.S. counterpart, Secretary of State Antony Blinken.

This was not what people had expected -- or wished for. After all, both sides went to the dialogue with a three-point plan of common understanding.

First, the dialogue was to follow up on the over two-hour phone conversation between U.S. President Joe Biden and Chinese President Xi Jinping on Feb. 10. Given that the U.S. invited the Chinese to Anchorage for the dialogue, there is little doubt that it was the two topmost leaders themselves who made the decision to hold this dialogue after that initial phone conversation.

Second, although the status of U.S.-China competition remains unchanged, both sides wanted to make the rivalry manageable so that both governments can, on the one hand, focus on more pressing challenges at home, and on the other hand, minimize uncertainties in their bilateral relationship and world affairs at large.

Indeed, it would make little sense for Yang and Blinken to fly thousands of miles to icy Anchorage just to square off with each other and not explore how they could better handle the reality of the stiff competition between Washington and Beijing and -- equally important, if not more so -- collaborate on issues such as climate change, nuclear proliferation and mechanisms for crisis management in volatile areas such the waters surrounding Taiwan and in the South China Sea.

Third, both sides already had a clear understanding of their respective strengths and areas of vulnerability. It was not beyond the expectation of Yang and his comrades that the Americans would deliver an onslaught over human rights in Hong Kong and Xinjiang, China's coercive economic practices, the Taiwan Strait and the South China Sea.

Blinken and his colleagues also knew for sure that the Chinese could bring up U.S. incompetence over its handling of the COVID pandemic, domestic riots over deeply rooted society divisions, the sluggish U.S. economy and the damage to U.S. credibility in world affairs done by former President Donald Trump's reckless unilateralism.

Based on first impressions, the dialogue appears to have been a failure. Neither side has much to show from their special trip to cold Alaska, and moreover, it demonstrated to the whole world how awkward the two top diplomats from the world's two superpowers were when it comes to diplomacy.

But the dialogue was not a failure. For both sides, the top priority was not to gain an edge in diplomacy but to put on a show for the audience at home.

In the U.S., China has become a barometer not only of political correctness but also of personal integrity, as there is an increasing realization across America that a rising China under an authoritarian government is a fundamental threat -- not necessarily because it will soon surpass the U.S. as the world's No. 1 economy but because, in Blinken's words, it has become "the only country with the economic, diplomatic, military and technological power to seriously challenge the stable and open international system -- all the rules, values and relationships that make the world work the way we want it to."

Given the strong opposition at home, the Biden administration simply cannot afford to appear the slightest bit soft in front of China, for that would provide its domestic political opponents with live ammunition that could lose Biden and the Democrats the moral high ground that is indispensable for them to win the 2022 midterm elections or even the White House itself in 2024. After all, the Trumpists have already nicknamed President Biden "Beijing Joe." 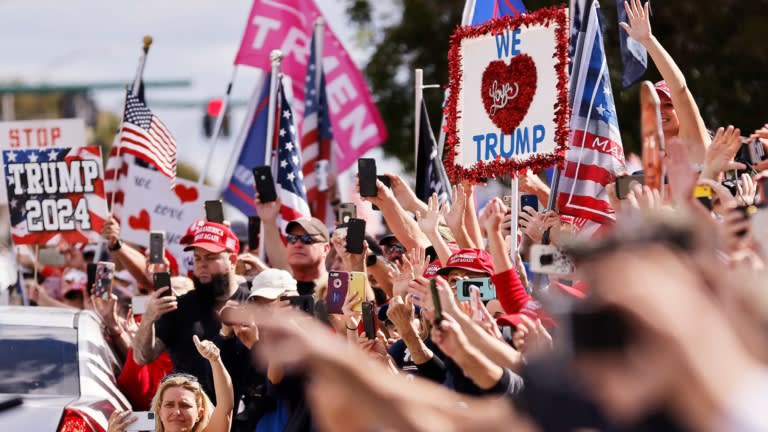 Given the rising nationalism at home -- fanned partly by the Communist Party's propaganda and partly by China's rapid rise -- China's diplomats likewise cannot afford to appear soft in front of the U.S., particularly regarding their success in controlling the pandemic in comparison with the performance of the U.S. government.

Moreover, the Trump administration's reckless trade war and ad hominem attacks against China infuriated the Chinese public to varying degrees, especially those who grew up during the reform years from 1978 to 2005.

The potential backlash for a failure to stand up to the U.S. "bully" could turn an existing policy debate -- like all other politics. There are serious behind-closed-door differences in China's policymaking process -- into a fierce political struggle that would, in turn, undermine sociopolitical stability.

Thus, both sides at the dialogue were putting on a show for the home audience. That is why, in front of the world's media, Blinken dumped all the criticism against China into his opening remarks, and Yang responded with a 16-minute rebuttal, chiding that the Americans were in no position to talk to China "from the position of strength."

That is also why both Blinken and Yang called back the departing journalists for the second-round exchange of harsh words. For both sides, what really mattered was not whether their counterparts heard them, but that their respective domestic audiences -- especially those in power -- clearly saw that neither side yielded in any way to the other side.