Arguments to the contrary miss the bigger picture 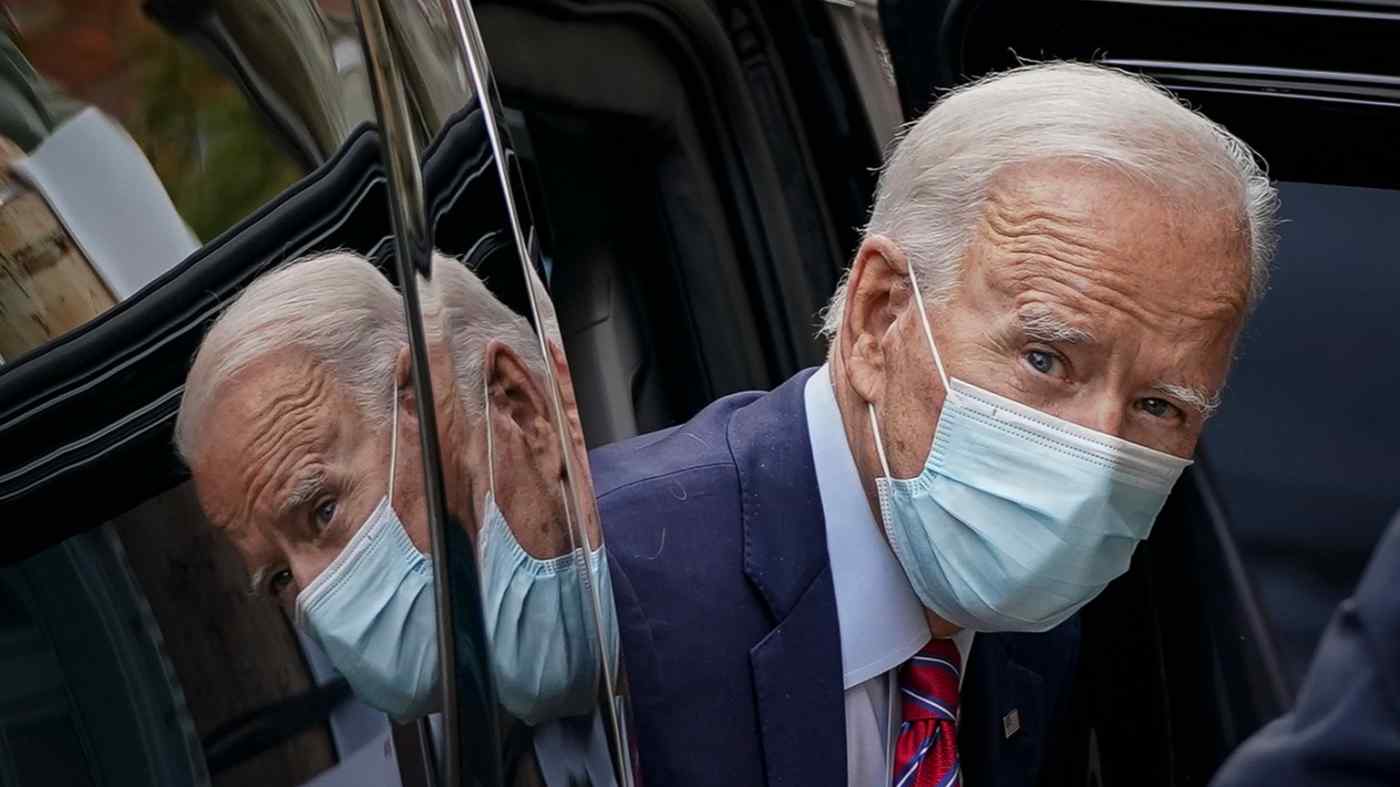 If Joe Biden wins the Nov. 3 U.S. election, the list of unhappy world leaders is as fascinating as it is long.

China's Xi Jinping also may rue the day a man he played so masterfully left the scene. Yes, Trump's trade war, efforts to strangle Huawei Technologies and TikTok and his angry tweets are a drag. But the void he created and the ways he wrecked America's soft power accelerated Beijing's geopolitical ascent.

A Biden White House would be a clear win for Asia broadly speaking. Arguments to the contrary miss the bigger picture. The most immediate positive: Biden is the anti-Trump in ways that will leave officials from Tokyo to Jakarta breathing easier come inauguration on Jan. 20.

Fears that Biden would be Trump-lite ignore his decades as a multilateralist and anti-populist. Biden is, at his core, a fact-and-data-driven pragmatist. In Freudian terms, think of him as the "superego" to Trump's "id." Biden prizes the values and morals we learn from our parents; Trump indulges his primitive impulses.

Nor will Biden be Barack Obama 2.0. The world, Asia particularly, is a vastly different place than the one Trump confronted in January 2017. In truth, Biden will not have much time to focus on Asia early on. The good news: any attention will be on cleaning up after the seismic upheaval of the Trump era, not causing new tremors in the region.

President Obama's Asia "pivot" took a back seat to cleaning up George W. Bush-era calamities. Obama and Vice President Biden inherited two disastrous wars and an economy plunging off a cliff after the 2008 Lehman shock. They had to rescue the auto industry and rein in a Wall Street that veered from "too big to fail" toward "too big to save."

Biden would face something far worse: a runaway pandemic to which Trump surrendered; the deepest downturn since the Great Depression; democratic institutions in disarray; a North Korea that is more dangerous than ever; a world that trusts Xi more than Trump.

The first year of a Biden presidency must focus on defeating COVID-19 and rebuilding a ravaged economy. He needs to sort out what to do with a Federal Reserve that Trump treated like a personal ATM, a shaky dollar and a $27 trillion national debt sure to hit $30 trillion soon enough.

Yet Trump's dumb trade war must end. Here is where Biden's multitasking skills will be put to the test, in ways that could relieve pressure on Asia.

Early on, Biden will suffer an Overton window effect, which measures the range of new policies that can be implemented at a given time. While Trumpian chaos vastly widened the range of acceptable action, Biden risks weak-on-China blowback if he removes tariffs on mainland goods. Ditto for easing restrictions on tech companies and their access to American intellectual property.

Odds are, Biden will seek a summit with Xi to reset relations. There could be some initial move to reduce Trump's levies. That would be wise, given how they failed to alter trade dynamics, revive U.S. manufacturing or boost wages.

Biden is sure to reenter the Trans-Pacific Partnership process. It was a gift to Xi when Trump stepped away from a 12-nation pact comprising more than 40% of world gross domestic product and aimed at checking China's rise. Biden should help grow the TPP, pulling in South Korea, Indonesia, the Philippines and others wary of China's predatory practices and territorial expansion. 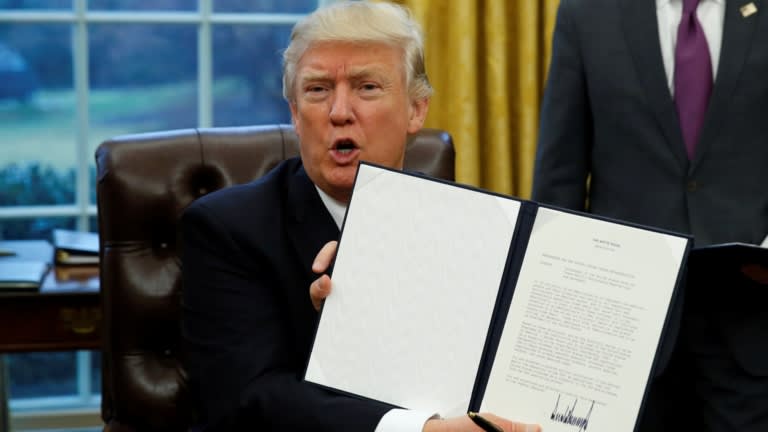 Trump holds up the executive order on withdrawal from the Trans-Pacific Partnership: it was a gift to Xi when Trump stepped away from a 12-nation pact.   © Reuters

Suga should insist a Biden White House work with Tokyo, not damage trade or shake it down for $8 billion per year to host U.S. troops. Biden would not cover for Pyongyang as Kim perfects his nuclear-tipped missiles. He would rejoin the Paris climate agreement, dovetailing with Suga's push for carbon neutrality by 2050. Biden would treat Southeast Asian nations are valued partners, not exotic locales for family hotels and golf courses.

Equally important, Biden wants to compete with Asia the right way: building economic muscle at home. Trump hit Asia like an economic pinata, hoping to collect the spoils. Biden plans a $300 billion Buy American scheme to rival Made in China 2025. The idea is to prioritize new tech jobs at home in sectors like electric vehicles, fifth generation, or 5G, mobile networks, artificial intelligence and renewable energy over lassoing them from Asia.

Anything Biden does to grow the economic pie would be a good down payment on making amends for Trump-era trauma. Admittedly, the bar is low. But there is every reason to believe Biden's pivot to Asia will put growth over bluster. And create more winners than losers.