Why Asia should care about the Middle East

Public understanding is generally superficial and based on wrong premises 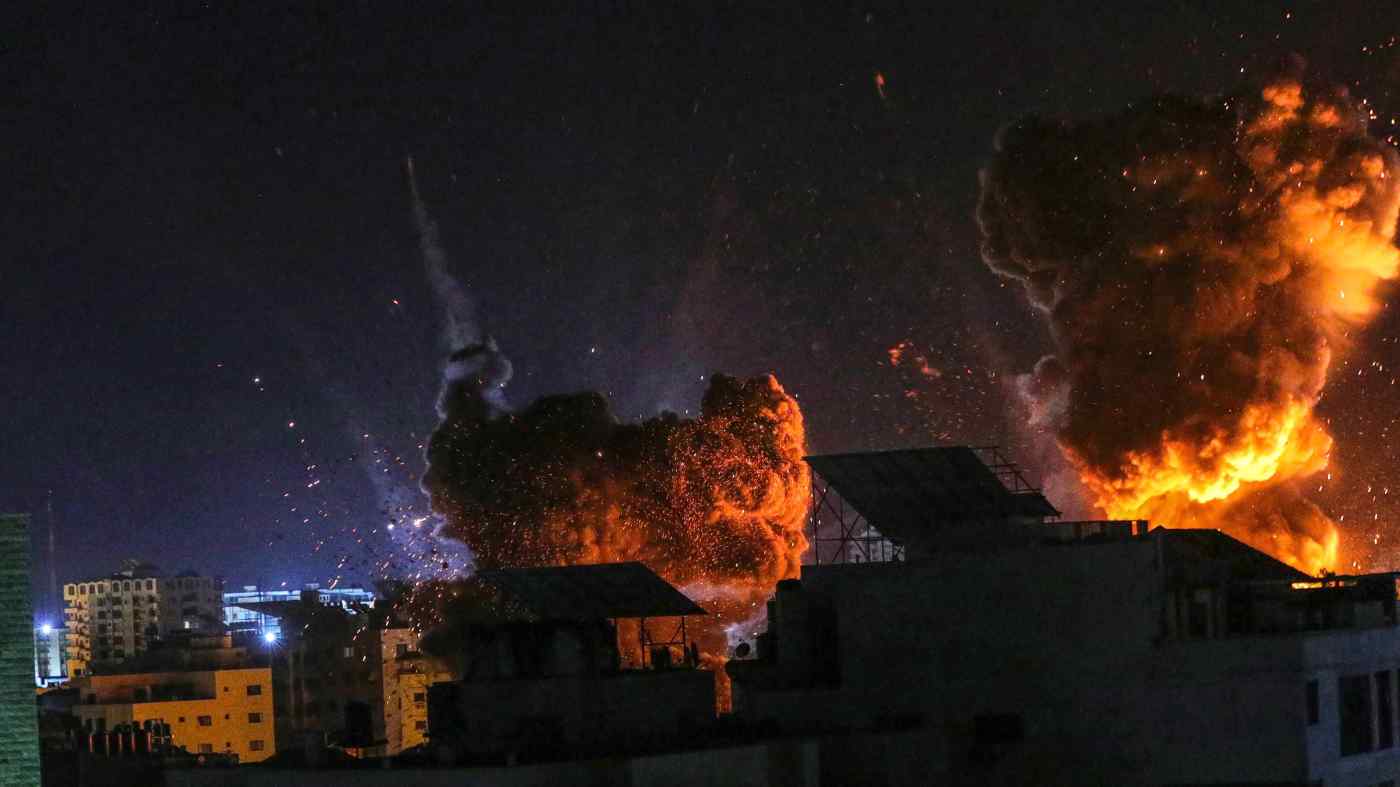 Fire and smoke rise in Gaza City as Israeli warplanes target a governmental building on May 18: Asia should not operate on an obsolete understanding of the Middle East.   © Getty Images
CopyCopied

Japan's Deputy Defense Minister Yasuhide Nakayama is not the most sophisticated of politicians.

But the furor over his May 12 tweet saying, "Our hearts are with Israel... against Hamas terrorists" and "Israel has a right to protect itself from terrorists" nevertheless seemed over the top. After all, Japan has designated Hamas a terrorist organization, and recognizing Israel's right to self-defense is Tokyo's official policy.

I asked several Japanese experts on the Middle East, why the big fuss? Their answers boiled down to a lack of understanding of the Israel-Palestinian conflict by the Japanese public and media. But it is not just Japan. Across Asia, public understanding of the issue is generally superficial and based on the wrong premises.

How, then, should Asia understand the issue? Humanitarian concerns aside, why should we care?

Many -- indeed, I dare say, most -- Muslims, including the 200,000 or so in Japan, regard support for Palestine if not as a religious duty, at least as part of their Muslim identity. But the Israel-Palestinian dispute is essentially a conflict between two nationalisms.

Some ultraorthodox Jews reject Zionism -- former PLO leader Yasser Arafat once even appointed an ultraorthodox Jew as his minister for Jewish affairs. Palestinian organizations often use religion only as  a tool for other ends.

Entangled in the complicated history of the Middle East, this nationalist conflict defies neat legal or political solutions. Both sides -- with some justification -- evoke justice for their claims; both have committed egregious injustices.

For onlookers, the relevant concept is interest, not justice. When calculating our interests, we should note that the response of most Arab states was restrained: They condemned Israeli airstrikes but did nothing.

It has been a long time since anyone could credibly claim that the Palestinian issue was central to the solution of Middle East conflicts. The center of gravity of the conflict is now Iran, not the Palestinian territories.

In 2008, attacks from Gaza led Israel to respond not just with airstrikes, but also with its ground forces. The fighting was brutal, with Amnesty International estimating that about 1,400 Palestinians were killed.

I was then still a diplomat. By chance, I was conducting bilateral consultations in a Gulf state when the fighting in Gaza broke out. My counterpart complained about Israel for five minutes of our hourlong meeting. He spent the rest of the time warning me about Iran.

This fundamental realignment of geopolitical priorities eventually found expression in the 2020 Abraham Accords normalizing relations between Israel and the United Arab Emirates, and Israel and Bahrain, among others. Gaza is a sideshow that cannot derail those agreements.

If that was the intention of Hamas and Iran, it was a cynical and tragic waste of time. Sooner or later, the current cease-fire will break and a new round of fighting will recur. Asia should not operate on an obsolete understanding of the Middle East.

Drones and missiles are going to play a bigger role in the future of warfare and terrorist attacks. We should not let overly emotional responses on Palestine inadvertently degrade the principle of self-defense to our own detriment.

Israeli's Iron Dome missile defense system kept the number of Israeli casualties low. It reportedly successfully intercepted 92% of the 4,000 rockets Hamas launched at cities in Israel. That is a remarkable achievement. But 8% still got through. Rockets launched towards Israel from the northern Gaza and response from the Israeli missile defense system known as the Iron Dome leave streaks through the sky in Gaza City on May 14.   © Getty Images

Iron Dome works by tracking incoming projectiles. If the rockets are headed to vacant areas -- more than 60% of Israel is desert -- they are not intercepted. The densely populated urban areas of Japan, Singapore and other Asian countries cannot be protected this way.

No missile defense system is 100% effective. If we learn of an imminent attack, is there any responsible choice except to destroy the launch sites? The ruling Liberal Democratic Party and the government have already begun a formal debate on building capabilities to strike enemy missile launchers as a cheaper, more effective way to defend itself, arguing that such a capability would not run counter to the nation's pacifist charter.

The possibility of rocket attacks is not a fantasy. In 2016, a plot to shoot rockets at Singapore from Batam, an Indonesian island just off our southern coast, was foiled. We were fortunate to have been able to work with Indonesia to stop that attack.

The country most likely to threaten Japan and other countries in Northeast Asia, North Korea, is not going to be as cooperative. The capability to destroy launch sites before being hit and, equally important, the political will to use it, is vital to maintain deterrence.

China's offers to mediate the Gaza conflict were ignored by both Hamas and Israel. The Egyptian-brokered cease-fire was accepted only when the U.S. signaled that the conflict had gone on long enough. The U.S. still matters most in the Middle East, and how it behaves there reverberates across the Indo-Pacific region.

The U.S. undoubtedly had U.S.-China competition in mind when dealing with Gaza. It continually stressed Israel's right to self-defense, even as it called for fighting to stop and made gestures to the Palestinians. President Joe Biden was careful not to be misunderstood as abandoning an old ally, as President Barack Obama had abandoned Egypt's President Hosni Mubarak in 2011.

Still, a May 25 virtual meeting between U.S. Secretary of State Antony Blinken and the Association of Southeast Asian Nations on the Myanmar crisis was derailed when internet connections could not be established during his hastily organized flight to the Middle East.

This is not the first time that this troubled region has gotten in the way of U.S.-ASEAN relations. Secretaries of State James Baker, Warren Christopher, Madeleine Albright, Colin Powell, Condoleezza Rice, Hillary Clinton, John Kerry and Mike Pompeo have all skipped ASEAN meetings because of Middle East crises.

Nor will it be the last time. Southeast Asia's troubles are always minor by comparison, and we should be thankful for that small mercy.