Why Biden wants to be more Trump than Obama on China 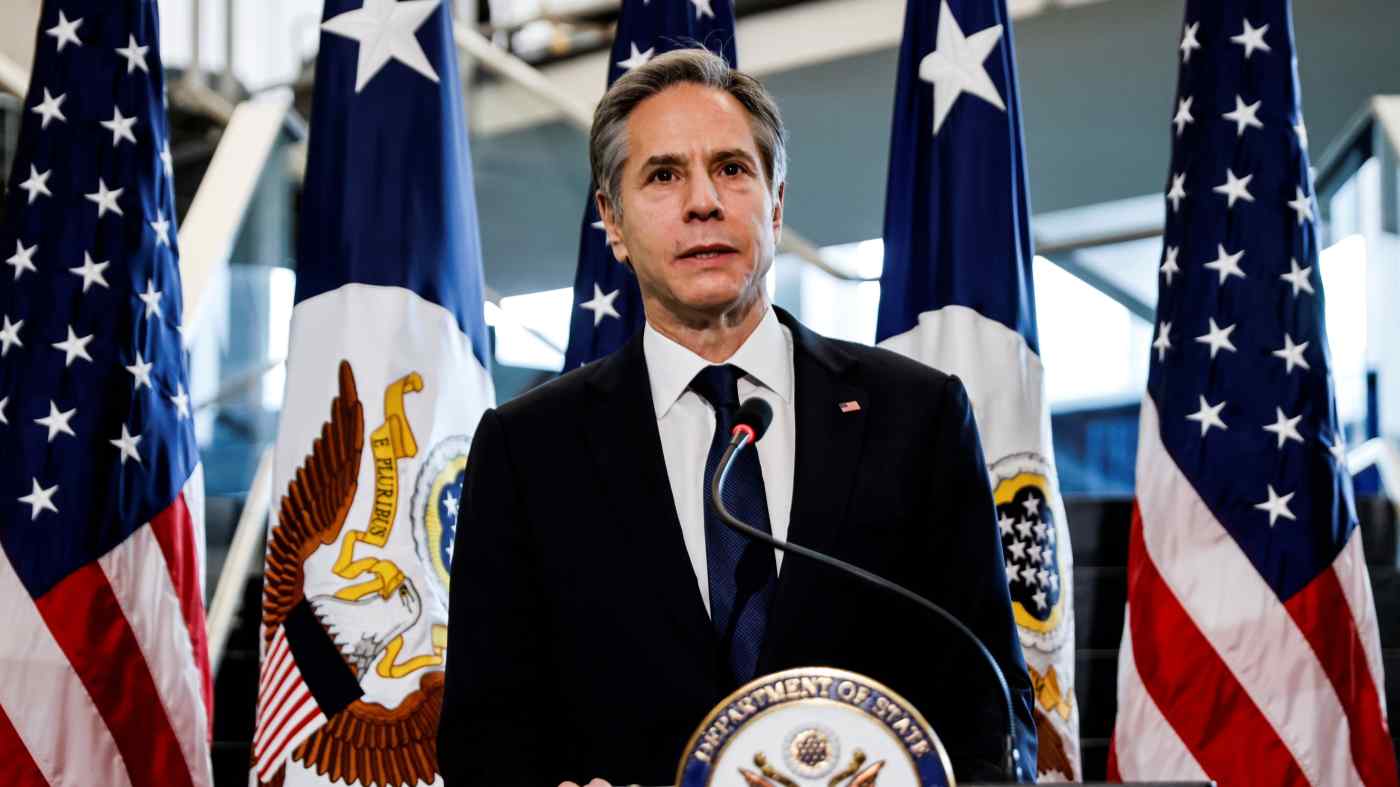 Secretary of State Antony Blinken addresses a welcome ceremony at the State Department on Jan. 27: the Biden administration is staffed by many Obama veterans.   © Reuters
CopyCopied

In his first days in office, President Joe Biden issued a flurry of executive orders to nullify his predecessor's policies on the World Health Organization, climate change and immigration, to name just a few.

On China, in striking contrast, Biden's incoming cabinet backed the Trump administration's assertion that Beijing was committing "genocide" of Uighurs in Xinjiang, and released a hard-line statement on Taiwan that could have been issued any time in the past four years.

Antony Blinken, the Secretary of State, and Jake Sullivan, the National Security Adviser, have not echoed the highly ideological tone of their Trump administration counterparts on the ruling Chinese Communist Party. But the trend is clear nonetheless, that Beijing should expect more continuity in China policy from Washington rather than the committed effort in multiple other policy areas to erase Donald Trump's legacy.

There are numerous reasons for this, not least the fact that China under Xi Jinping has become more powerful and more assertive in recent years across the spectrum of economic and military competition.

But there is another factor in the incoming Biden administration's determination to hit the ground running on China policy, and that is the shadow of the last Democratic White House under Barack Obama.

In the wake of COVID-19, which started in China but went on to devastate the health and economies of many other countries -- most of all the United States -- Beijing has bounced back strongly.

The upheaval in Washington during the transition from Trump to Biden has only confirmed the view of many in Beijing -- that the China system works, while the U.S. model is broken. One system has delivered for stability, the Chinese argue; the other, chaos, violence and instability.

"China's rise so far has been peaceful, but can the United States' decline be equally peaceful?" Zhou Bo, a colonel with the People's Liberation Army's Academy of Military Science, wrote in the South China Morning Post in late January.

Underlying such trolling is the notion that Beijing would like countries -- especially in Asia -- to internalize: that China's rise is inevitable, and will unfold alongside U.S. decline, and that everyone should cut their diplomatic cloth accordingly.

Enter the Biden administration, which is staffed by many Obama veterans. Blinken, Sullivan, and the incoming coordinator for Indo-Pacific policy, Kurt Campbell, are all Obama alumni, as is Ely Ratner, who will be in charge of China policy in the Pentagon.

The Obama administration has been criticized for failing to recognize the breadth of China's strategic ambitions and unnecessarily trading off progress on issues like climate change to allow Beijing a freer run in the South China Sea.

Obama's initial reluctance to get tough on China might in part because he wanted to distinguish himself from his predecessor, George W. Bush, whose interventionist foreign policy had landed the U.S. in the "forever wars" of Iraq and Afghanistan.

Obama also came to office inheriting the aftermath of a devastating financial crisis and spent much of his first year battling with Congress on measures to restore growth. The administration did roll out the so-called pivot to Asia, a policy that won much applause and which was initially aimed at reengaging with Southeast Asia in particular. But in practice, the initiative lost steam.

Biden faces the same challenge as Obama domestically, to revive an economy, ravaged this time by COVID-19. But he clearly wants to make haste in foreign policy as well. Not all such criticism of Obama has been delivered with the benefit of hindsight. Much of it came at the time, and the Obama administration, by the end of its second term, had toughened China policy substantially.

Administration officials had been badly burned in 2012 when they thought they had negotiated a withdrawal of Chinese vessels from a disputed area near Scarborough Shoal adjacent to the Philippines. Manila withdrew its boats, while the Chinese vessels stayed on. Both Campbell and Ratner attended that meeting in a Virginia hotel room and have not forgotten. 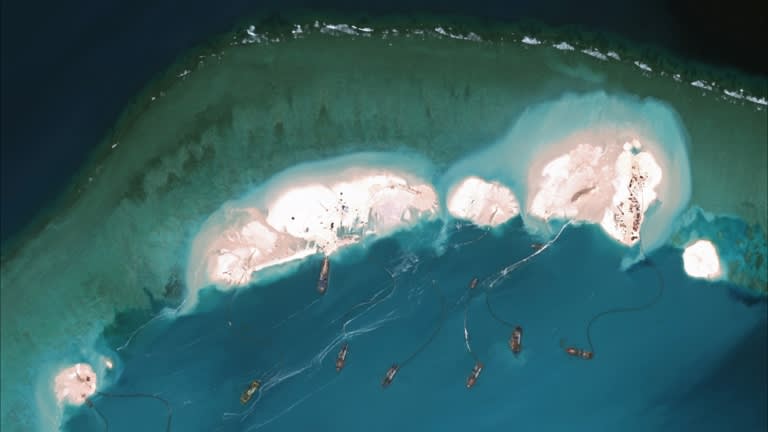 Dredging is underway at Mischief Reef in the Spratly Islands in March 2015.

In 2016, when U.S. intelligence reported the presence of Chinese dredgers near the same area, Obama warned Xi against the building of any new artificial islands. On this occasion, the Chinese backed off. Obama was also the first U.S. president to explicitly promise that the U.S.-Japan security treaty covered the defense of the Senkaku Islands, which are claimed by China as the Diaoyu.

Nonetheless, members of the incoming Biden administration are acutely aware of the perception that Trump got tough with China, and gained leverage over Beijing as a result, whereas they missed their moment the first time around. The statement on Taiwan released by the State Department on Jan. 23 was particularly significant in laying down markers on an issue that could define bilateral ties.

"We urge Beijing to cease its military, diplomatic and economic pressure against Taiwan and instead engage in meaningful dialogue with Taiwan's democratically elected representatives," the statement said. For Drew Thompson, who served as head of the office of China, Taiwan and Mongolia in the Pentagon for seven years from 2011, the statement was "reassuring on many levels."

"If you were concerned that the Biden Administration would be Obama 2.0," he said in a tweet, "think again."