We all must contemplate a broken global internet if the U.S.-China tech clash continues to worsen.   © LightRocket/Getty Images
CopyCopied

From ZTE and Huawei Technologies, and TikTok to WeChat, U.S. sanctions against Chinese technology companies have been broad and detrimental. But Beijing's response has been largely muted.

Beyond official threats and the setting up of a symbolic entity list of its own, China hasn't reacted with any material actions. That's because when it comes to retaliating against the world's absolute tech superpower, China's options are limited and insufficient. But this does not mean that the U.S. will succeed in maintaining its tech hegemony over the long-term.

When it comes to possible retaliation, Beijing's most obvious option to hurt U.S. tech companies is to target giants like Apple, Intel, Qualcomm, Micron Technology, Broadcom, and Boeing. In other words, those U.S. companies making the largest sales in China. And when China sales are seen in relation to global sales, then Qualcomm, Broadcom, and Micron Technology are the most susceptible to any Chinese actions and have the most to lose. The thing is, these semiconductor companies' chips are essential to China's tech sector. Banning them will only end up hurting Chinese companies more.

As for Apple -- the jewel in the U.S. tech crown and the company most often talked about as a possible target of Chinese sanctions -- China again needs to be extremely cautious as any action against Apple may trigger further retaliation from the U.S. Similar to the dollar's foundational role in the global financial system, the U.S. is the bedrock of today's global internet. The U.S. has any number of "nuclear" weapons in its arsenal beyond semiconductors that could bring down China's entire digital system.

For example, banning Chinese entities from using U.S. operating systems would cripple China's tech devices, with Microsoft's Windows operating system enjoying an 82% market share in China in 2019. And even though there are domestic developers racing to create replacement software, and alternatives like the open-sourced Linux operating system, it will take time to make them viable. The U.S. could also disconnect China from the global internet as its proxies effectively control the Internet Corporation for Assigned Names and Numbers, or ICANN, the global internet's log keeper that assigns and matches domain names with IP addresses. These self-defeating moves remain unlikely, but are surely part of Beijing and Washington's thinking. 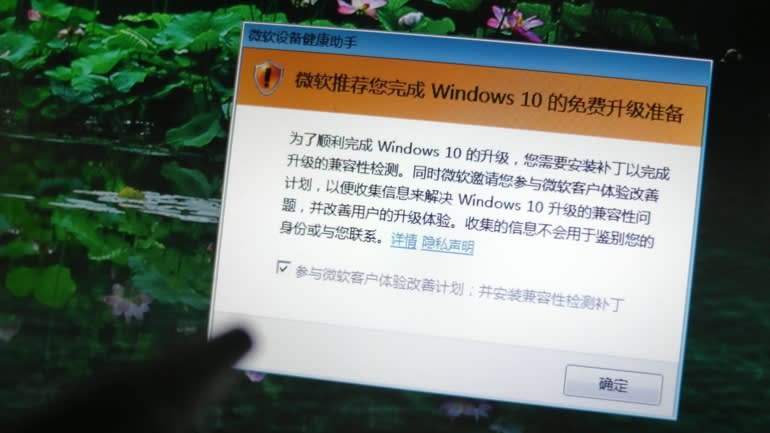 The simple truth is China is a latecomer when it comes to tech and still lags in most fields, from chips and robotics, airplane manufacturing, and pharmaceuticals. There are some exceptions, such as Huawei's lead in fifth generation, or 5G, technology-related patents. But even in artificial intelligence, including facial recognition and surveillance technology, simply claiming China's strength based on current commercialization scale, research papers and investment capital is misleading. Think of it this way: are there any Chinese tech companies without which U.S. tech companies would suffer existentially? The answer is none.

So, does that mean China must concede defeat? What Beijing's response so far shows is that for now it is prepared to sit tight until the U.S. presidential election in November. This is based on the view that President Donald Trump's aggressive stance toward China is aimed at diverting attention away from the pandemic crisis and motivating his base. While China is learning to be more humble this time around -- note the lack of hyperbole surrounding things like "Made In China 2025" -- Beijing is quietly building up its Noah's Ark in the event of a total U.S.-China "Splinternet."

Signs of how China is preparing for such an all-out tech war include the directive that government entities must replace all computers running non-Chinese software and operating systems within the next three years. Last summer, two Chinese entities were tasked to set up domain name root mirror servers to ensure that the internet in China can still function in case of any external shock. Not to mention the fact that vast capital and resources are being poured into building up China's entire semiconductor industrial chain.

If the U.S.-China tech clash continues to worsen, we all must contemplate a broken global internet. And because China has the foundations, talent, resources, and even the allies to catch up gradually by building and expanding its own ecosystem and eventually challenging U.S. tech hegemony, an escalating tech war with China is not in Washington's long-term interests.