Why China's GDP rebound is not all that great 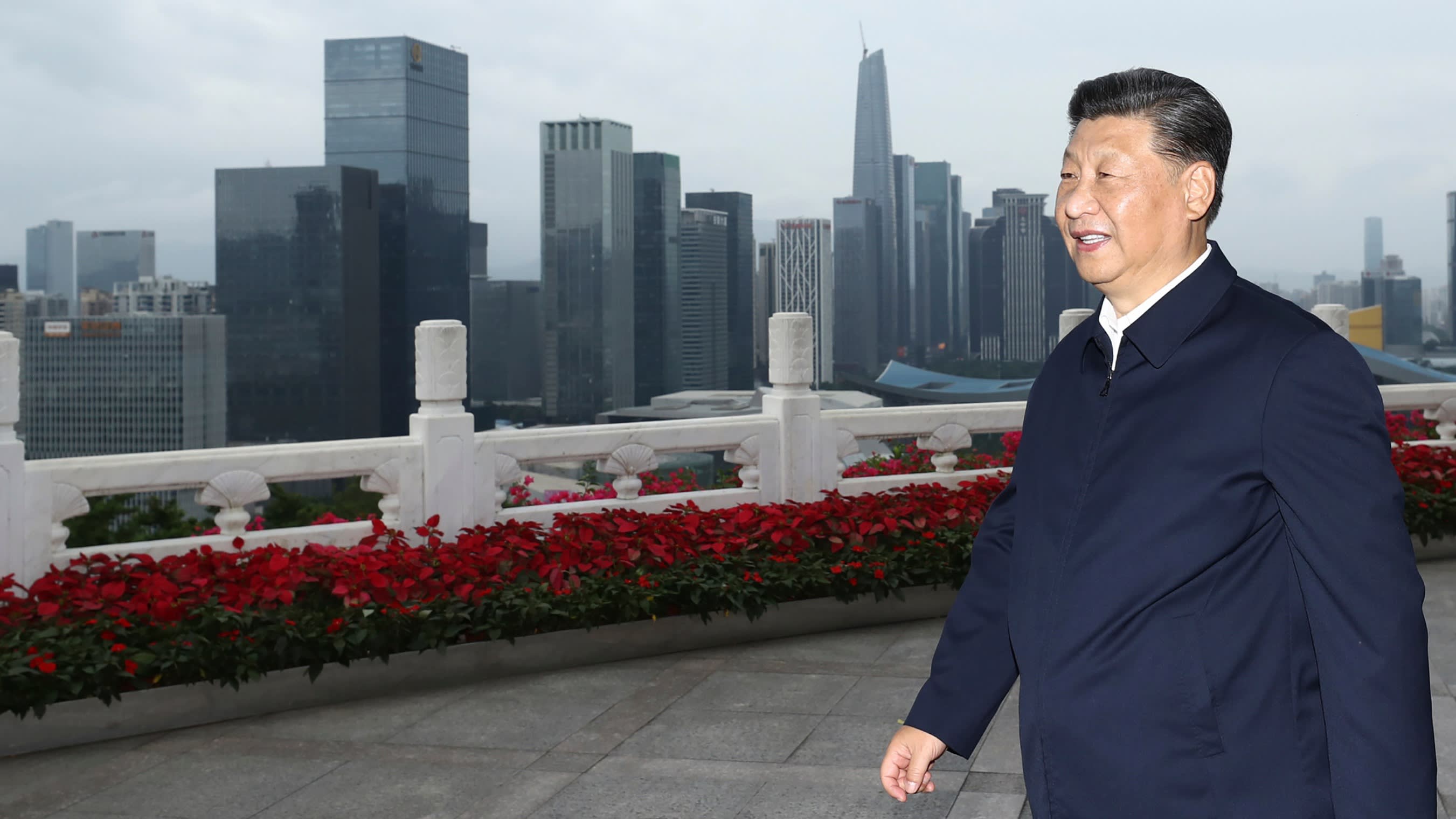 Joe Biden is enjoying his own "October surprise," compliments of a rebounding Chinese economy.

The presidential challenger's closing argument is writing itself two weeks ahead of the U.S. election as China's economy grows at 4.9% while Donald Trump's economy stumbles anew. What, exactly, were these past few years of trade brawling about as China leaves the U.S. eating its dust?

Beijing's growth spurt in the July-September period is a problem for President Trump on two levels. One, it provides a damning split screen of a China defeating COVID-19 and a White House surrendering to the pandemic. Two, it suggests Xi Jinping has way more business acumen than the self-described Mr. Art of the Deal.

But this growth spurt could be a problem for China, too. The risk is complacency. While President Xi enjoys this momentary schadenfreude, his economic team should not let it go to their heads. China's revival is more fragile than the data suggests, thanks in part to Trump doing his worst on trade dynamics.

Long before the coronavirus spread from Wuhan to Washington, Trump's tariffs on nearly $500 billion of mainland goods strained China's export engine. Asia's biggest economy ended 2019 with its slowest growth in 30 years. Since then, Trumpian assaults on Huawei Technologies, Tencent's WeChat, ByteDance's TikTok and Jack Ma's Ant Group threw sand in the gears of Xi's Made in China 2025 moonshot.

There is also what is yet to come. Might Trump, desperate to improve cratering poll numbers, choose to bring more trade-war pain Beijing's way? And if he loses, is he not certain to blame COVID-19 and, by extension, Xi's Communist Party?

That would leave a lame-duck Twitter troll 78 days to exact revenge before vacating the White House. Count the ways he might try to cripple China Inc.: new tariffs; a longer Entity List of banned companies; seizing assets of Communist Party members; prohibiting business with China in ways that upend Asian supply chains anew.

Xi would be wise to focus on what he can control between now and then. Goal No. 1 is keeping Beijing's pedal to the metal on stimulus. The reason: the external sector is darkening in ways sure to stymie China's recovery.

For all the excitement about China's 2025, its 2021 could be perilous as export markets evaporate. Trump's nation has surpassed 8.2 million coronavirus cases even before the second wave of infections epidemiologists expect this fall. The specter of growth-crushing lockdowns coincides with slowing employment and weak retail sales. Yangshan Port in Shanghai, pictured on Oct. 19: China's 2021 could be perilous as export markets evaporate.   © Reuters

Infection rates are surging anew in Germany, France and elsewhere in Europe as economies stumble. In Japan, meantime, the only rays of hope are coming from Chinese demand. Exports to China jumped 14% in September from a year ago. Southeast Asia also is enjoying some of the overflow from China's snapback.

The risk is Chinese smugness. At the moment, Xi's government is offering an "encouraging and hopeful message" that nations which tame COVID-19 can enjoy faster growth, says economist Rob Subbaraman of Nomura Holdings. It is also showing Trump up on what was supposed to be his ticket to reelection.

Without China's growth, the world economy would be on much thinner ice. Yet without a stable export scene, China's capacity for recovery is limited. It will not be of the V-shaped variety. The risk, in fact, is that China sees more of a K-shaped trajectory where certain parts of the economy thrive while others lag. This has its roots in the lopsided nature of the economy Xi rode into the pandemic.

The property and industrial sectors are indeed snapping to attention as the People's Bank of China churns out liquidity. Property investment, for example, is up 5.6% between January and September from the year-ago period. Yet the services sector vital to recalibrating growth away from exports, smokestack industries and more empty apartment complexes is lagging.

The trouble, notes Michael Pettis of Peking University, is that China is better at boosting the supply side of the economy than demand. Beijing can only maintain the third-quarter pace by upping trade surpluses and continuing to ramp up public-sector investment. Bigger gaps are bad for global growth -- and Trump's sanity -- while an investment surge pushes "China's already high debt burden" further into the danger zone, Pettis says.

All this means Xi must multitask aggressively. The balancing act: stimulate wisely and without greatly exacerbating Beijing's debt burden, while accelerating retooling below the surface to reduce the role of state-owned enterprises and increase innovation.

The bill for China's post-2008 stimulus efforts is still coming due, never mind the 2020 borrowing binge. The cash crunch at China Evergrande Group tells the story. The globe's most indebted developer owes creditors more than $120 billion, posing system risks. It is a microcosm of how Beijing's traditional methods of supporting growth will exacerbate China's bubble troubles.

China's recovery will not be a straight line, despite what recent data might suggest. It will be, at best, a series of zigs and zags that are more vulnerable to global shocks than bulls admit. And expect myriad surprises to trump the road to 2021 and beyond.