Beijing will pay dearly for its uncompromising stance Those unnerved by the rapid escalation of tensions between the U.S. and China in the last few years can be forgiven for feeling relieved that the incoming Joe Biden administration will adopt a more nuanced China strategy dramatically different from Donald Trump's scorched-earth approach.

By all accounts, Chinese President Xi Jinping should welcome a temporary pause in the down spiral of Sino-American relations. Although Biden will continue to treat China as America's most serious long-term geopolitical threat, his administration will also adopt a more diplomatic tone toward China to avoid gratuitously antagonizing its leaders. Washington will pick its battles with China more selectively, and seek its cooperation where mutual interests are aligned, such as climate change and pandemics.

Strategically, China's long-term interests would be well served by responding to Biden's human rights offensive with major concessions, such as the immediate release of Muslims incarcerated in Xinjiang and suspending the enforcement of Hong Kong's harsh national security law. 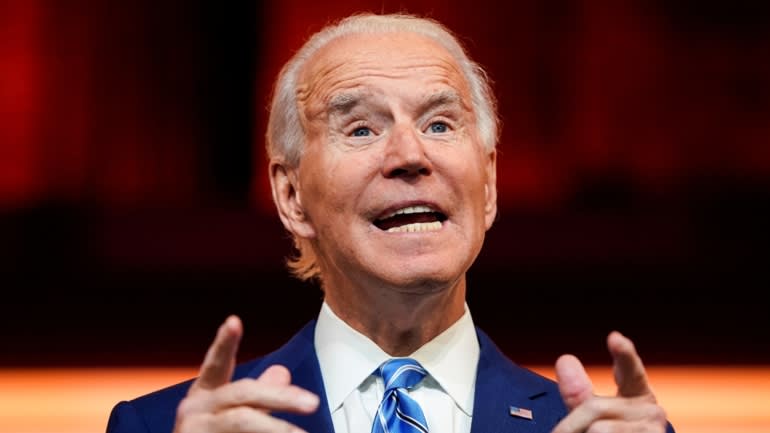 Biden can be expected to be much tougher on China's human rights abuses than Trump.   © Reuters

Over the last few months, China's leadership has clearly telegraphed its strategy of waging a decades-long "struggle" with the U.S. Based on the resolution of the just-concluded fifth plenum of the Central Committee of the Chinese Communist Party, it is clear that Xi and his colleagues believe that, thanks to China's greater economic momentum, the balance of power will shift more in favor of China over the next decade and a half, when the Chinese economy could double in size.

So if Xi truly wants to play a long game under the optimistic assumption that he can trade policy concessions for time, he should improve the odds of success by making well-timed and substantive gestures that can help mitigate the pressure on Biden to confront China.

Instead, Xi keeps investing political capital in hard-line positions on human rights. Ruling China with an iron-fist has become such a central component of his governance strategy, that even a temporary tactical retreat in Xinjiang and Hong Kong could undermine the strongman image he has carefully crafted over the last eight years.

An about-face on human rights would expose Xi to uncomfortable questions regarding the political wisdom behind the initial decisions to approve the mass incarceration in Xinjiang and then to gut Hong Kong's "one country, two systems" governance model.

Such reversals would demoralize or even alienate key officials who have dutifully carried out the party's policies. To be sure, Xi's political dominance means that his authority will not be imperiled if he decides that the benefits of a temporary retreat on human rights outweighs the costs. Nevertheless, he will still need to offer a convincing explanation to the party to justify the change in tack.

Based on the CCP's record in dealing with Western pressure on its human rights abuses, the prospects that the Chinese government will dial down repression in return for foreign policy gains are slim. In the early 1990s, the party resisted Washington's pressure on human rights issues even when China was economically weak and far more vulnerable to U.S. sanctions. Over the last few years, the CCP has defied international condemnations over Xinjiang and Hong Kong precisely because its leaders believe that China has now become strong enough to withstand Western sanctions.

Beijing's recent crackdown in Hong Kong and on the mainland should also pour more cold water on those expecting the Chinese government to respond positively to the Biden administration with goodwill gestures on human rights. On Nov. 11, shortly after Biden was projected to be the winner of the American presidential election, the standing committee of the Chinese National People's Congress passed a resolution disqualifying opposition legislators in Hong Kong.

At around the same time, Chinese authorities detained an outspoken private entrepreneur and seized the control of his businesses on flimsy charges of "picking quarrels and seeking trouble." At a top-level meeting on Xinjiang attended by all members of the Chinese leadership at the end of September, Xi applauded and reaffirmed the party's policy on Xinjiang, raising doubts about any near-term softening of China's positions in the region.

Ultimately though, China will pay dearly for its uncompromising stance on human rights. Continuing mass incarceration in Xinjiang and the intensifying crackdown on pro-democracy activists in Hong Kong will make it politically difficult for President Biden to de-escalate U.S.-China tensions when it comes to trade and security.

Biden will face strong opposition from both Republican hawks and Democratic critics of China's human rights abuses. At the same time, Beijing's worsening human rights record will greatly aid the Biden administration's efforts to build a broad alliance of democracies to confront China. By not seizing this valuable opportunity to bring about a short-term pause in the new Sino-American cold war, China will also cede the U.S. a critical long-term advantage.