Why Filipino voters turn their lonely eyes to strongman leaders 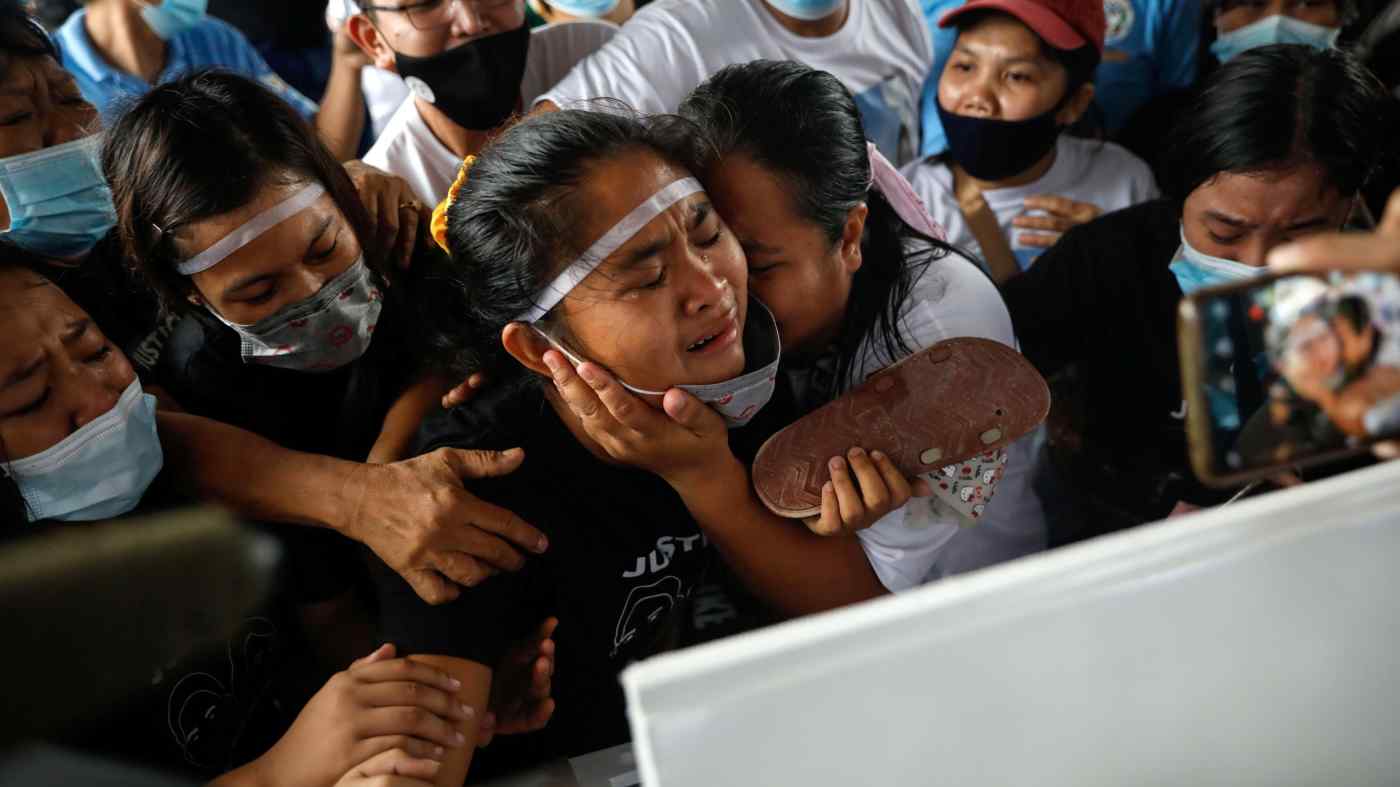 The family of mother and son who were killed by an off-duty police officer mourn over their caskets in Paniqui on Dec. 27: what would have been those victims' fate, had they been more prosperous?   © Reuters
CopyCopied

News of killings gone wrong could not have come at a worse time for the Philippines in the days before Christmas.

A viral video in December showed a police officer in plain-clothes having an argument with his neighbors. Pulling out his gun, the cop shot a woman and her son at close range, twice, just like that.

It was a brazen display of impunity, as if the police officer believed himself to be above the law, and provoked an outcry that sent the country reeling over the senselessness that such violence that could happen on anyone's doorstep.

Ever since President Rodrigo Duterte declared his drug war in 2016, the police here have developed an affinity for being trigger-happy, targeting the poor who have now become the hapless victims of both drug syndicates and the police tasked by the president to wage the war. The police, in particular, have since gained notoriety for abuses, rather than defending or protecting.

The mother-and-son victims of the coldblooded December shooting were likely among the 30% of people in the Philippines who live on a monthly average income of 6,000 pesos ($125). But what would have been their fate, had they been more prosperous? If they were homeowners, if they paid their taxes, and if they had the right to demand good service from their government?

President Duterte gets his stamp of popular approval -- 91% according to the survey conducted by Pulse Asia Research in September, 2020 -- on the playbook that the Philippines needs a strongman to make the rules as he sees fit in a country where democracy is misunderstood, and where a huge pool of the voting population are seen as apathetic.

Perhaps a bigger question is, what would happen if this were to change? If a majority of those people raised on higher socio-economic standards were to demand reforms and better performances from their government institutions? A populist alternative was probably the last trump card for a nation built on families, clans and their tribal sphere, under a fragile veneer of governance.

The reality is that even a slight shift in the country's basic economic structures would be enough to shake the foundations of the entrenched upper 10%.

This has been said so often but nothing seems to budge. No one gives for the common good because the tribe always comes first -- those political or business families and their extended networks. And whichever tribe gains ascendancy in political office can enrich itself -- a mentality where the country itself ends up being the loser.

How is it even fathomable that more than 77% of people in the Philippines do not have a bank account? Or that 30% of the country's estimated 100 million people often earn less than the minimum wage. But instead of blaming the government for not wanting to do enough to help the majority, we must understand that whoever is in power is held hostage by certain tribes.

What the economists, professors and other experts keep missing as they talk about "development" as the key to social progress in a country whose main sources of revenue are overseas remittances and the services sector, are the three critical factors that are actually preventing the economy from advancing.

The first is the high cost of electricity hampering manufacturing. At the root of those high electricity prices is a power utility monopoly.

The second is the lack of capital to spur entrepreneurism. Foreign investors could provide that capital, but local laws allow them only a finger hook into the business scene. The truth is that if foreign companies were allowed to compete within the Philippines, they might wipe out uncompetitive local businesses, banks and insurance companies.

The third is the high cost of doing business: the constant need to make under-the-table payments to expedite permits, or as part of an extortion scheme.

For every new president who comes along, there is always the hope that strong leadership will change the course of the country, and truly bend the archipelago's unruly clans and ethnic groups to his or her will. Even after the dictatorship of the 1970s and 80s, Filipinos have continued to cry out for another populist. 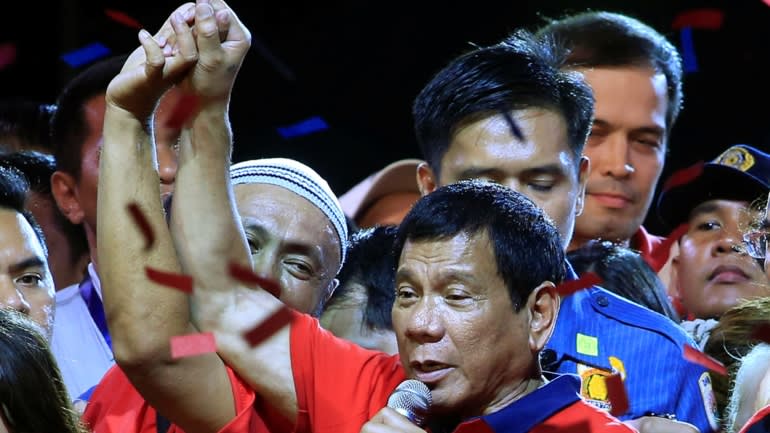 Rodrigo Duterte raises his hand up during presidential campaign in metro Manila in May 2016: Filipinos have continued to cry out for another populist.   © Reuters

Duterte is only the latest incarnation of such a leader. Yes, he has upturned the status quo, but only by moving to enrich his own tribe. His high trust rating -- despite the government's dismal handling of the pandemic -- separates him, paradoxically, from what goes on at the lower levels, where a mayor or village captain might be seen to be doing a bad job even though their actions are tied to the administration's inept response.

"The president is far removed from blame, he's given the benefit of the doubt," as Ronald Holmes, president of Pulse Asia Research, explains it. The president's weekly appearances on national television -- at an ungodly hour when many voters are asleep and cannot decipher the facade -- only serve to heighten his stature, even if he meanders through a monologue that often turns into a stream of invective.

It became clear, just months after he took office, that a section of Duterte's tribe is the police force, and which has played such a starring role in the brutal anti-drug war that has been fought mostly in the slums. It is a force untrained in the rules of engagement and disregards them when dealing with insurgents and drug-pushers. Emboldened by the president's backing, killings are now the norm, unabated even through the pandemic.

What would it take for a nation to shake out of its conundrum and for Filipinos to express moral outrage? Time is running out. In thirty years, there will be an estimated two hundred million Filipinos. Will they have a compass to guide them?

"The many who are poor need to find pathways to prosperity," says financial analyst Alexander Gilles, underscoring peace and order, jobs in new enterprises, access to capital, and more.

How long will that take? Fifty years? A hundred or two hundred years? "It may take that long for wealth and income to be distributed more fairly, for officials in power to put the needs of the nation above their personal ends," Gilles said.