Why Indonesia and Japan must collaborate on hydrogen

Working together would help both countries meet renewable energy targets 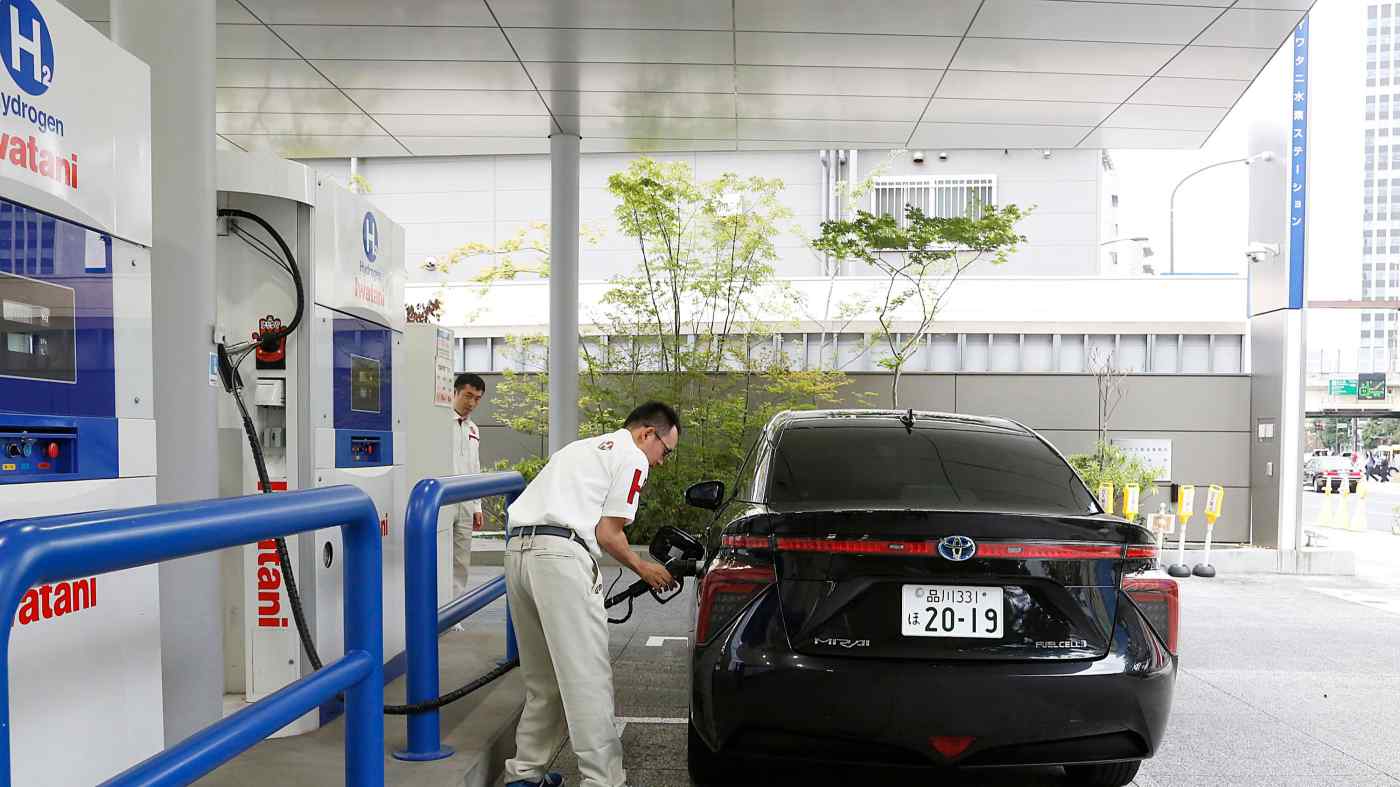 A hydrogen fueling station in Tokyo: it will need more international collaboration to develop a hydrogen energy ecosystem.   © AP
CopyCopied

Hydrogen is currently in the spotlight as one of the more promising renewable energy sources.

For Indonesia, this is a no-brainer. Not only should Jakarta grab this opportunity, but reach out to Japan for its help to develop this new energy source.

As the International Energy Agency explained in a 2019 report, energy derived from hydrogen has many applications including industry, transport, heating and generating electricity. Depending on how it is produced, hydrogen also has the potential to reduce carbon emissions, with the International Renewable Energy Agency reporting that 15 countries, including three in Asia, as well as the European Union, already initiating policy strategies to support the development of hydrogen energy, with more set to join them.

The first country to establish a national policy on hydrogen, Japan has also set an ambitious target to optimize hydrogen energy sources for domestic purposes by 2050. A key part of Japan's energy strategy is producing more fuel cell vehicles powered by hydrogen, supplied by a growing network of hydrogen fueling stations.

For Japan to meet this target, it will need more international collaboration to develop a hydrogen energy ecosystem in order to maintain its supply chain, reduce costs and expand the size and scale of the project.

Indonesia, in the meantime, as a developing country, must start tapping more low-carbon energy sources to support a greener and more sustainable environment. Currently, Indonesia has utilized various sources for renewable energy, but the different pieces of the energy mix puzzle remain scattered.

As hydrogen is becoming better known across Asia, Indonesia should recognize that Japan is a perfect partner with which to combine efforts to develop hydrogen energy, and that both countries can help the other meet their national renewable energy goals.

Collaboration between Japan and Indonesia has been ongoing for some time, with Jakarta and Tokyo enjoying strong political ties and a long shared history.

Importantly, Indonesia sees Japan as a key trading partner. Currently Indonesia's fourth-largest export destination, worth $8.3 billion in 2020, Indonesia imported $7.3 billion worth of goods from Japan over the same period. Furthermore, Japanese investors are consistently ranked among Indonesia's top five foreign investors. But the two countries could extend this cooperation via the renewable energy sector.

Eco-friendly blue hydrogen can be driven through gas or coal transformation, the type of energy source in which we can find a large quantity in Indonesia. As an archipelago, Indonesia has no shortage of places to harvest seawater to produce green hydrogen. Coal barges on Mahakam river in Samarinda: blue hydrogen can be driven through coal transformation, the type of energy source in which we can find a large quantity in Indonesia.   © Reuters

Leading the development of hydrogen technology, including hydrogen electrolyzers, fuel cell vehicles and hydrogen fueling stations, Japan is a country that Indonesia can work with when it comes to fulfilling its energy needs, and help Indonesia find a way forward to solve its renewable energy development problems.

But as Indonesia needs to tap Japan's hydrogen technology, Japan needs Indonesia's support to achieve the ambitious goals it has set for 2050. Japan's goal to become a hydrogen society by realizing the full-fledged domestic use of carbon dioxide-free hydrogen demands a secure supply of hydrogen. Japan's hydrogen is currently produced in liquid and compressed gas forms, mostly from natural gas and oil.

Japan's own limited resources have forced it to import hydrogen from Australia and New Zealand, despite the extra costs added by long distances. In this regard, Indonesia can support Japan by supplying hydrogen at a significantly lower price due to the shorter distances involved. Another benefit for Japan will be that the further development of Indonesia's hydrogen resources will increase economies of scale.

To capitalize on this opportunity for mutually beneficial cooperation, the next step for Indonesia must be to formulate a national strategic plan under Japan's guidance as a technology enabler. This plan should consist of a formal white paper that includes ways to enhance research and development, and a hydrogen energy road map.

Indonesia must also enact supporting laws and regulations that will help promote sustainable development. When it comes to Japan, Tokyo needs to provide Indonesia with access to effective, efficient and affordable converting technology in order to maximize the amount of hydrogen produced.