Why are central banks not responding to coronavirus' economic threat? Bank of Japan Governor Haruhiko Kuroda speaks at a news conference on Jan. 21: it is time for a more urgent vocabulary. (Photo by Kento Awashima)
CopyCopied

Normally, when central banks talk of contagion, they mean trauma in currency markets, bond-yield spreads and equity bourses that infects broader economies. Instead, today, the worry is that the coronavirus emanating from China might mutate into a global economic crisis equally difficult to contain.

Why, then, has there been inaction from Tokyo to Washington?

Granted, everyone seems plenty worried. In Washington on February 11, Federal Reserve Chairman Jerome Powell said his team is "closely monitoring" the impact of the respiratory infection on China and, in turn, global growth. The Bank of Japan is signaling a willingness to act should supply chains and lost tourism hit demand. European Central Bank head Christine Lagarde says the "coronavirus adds a new layer of uncertainty."

Words, though, have yet to be matched with the kind of action taking place in parts of Asia. The Bank of Thailand, for example, surprised many on February 5 with its third rate cut in six months. A day later, markets heard from the Philippine central bank, which eased and telegraphed a readiness to act again.

Yet from the monetary majors, there is silence when it comes to preemptive steps to safeguard confidence. That is a mistake.

Panic among officials would help no one, of course. But a unified response from, say, the Group of Seven or Group of 20 could go a long way toward buttressing trust in the global system. Even just a conference call and joint statement signaling that "we got this" could limit any coming fallout in asset markets.

True, markets are not exactly cracking at the moment. Yet monetary authorities must err on the side of extreme caution. Geopolitical risks and trade-war fallout already have global investors on edge. Better to be accused six months from now of doing too much to safeguard growth than of having fallen behind the curve.

The risks of complacency are rising for Chinese President Xi Jinping too. The People's Bank of China, for example, is doing more tinkering than heavy lifting. Its moves to add liquidity, tweak money-market rates and begin doling out about $43 billion of business loans lack the necessary shock-and-awe factor.

In Tokyo, BOJ Governor Haruhiko Kuroda must hope for the best but prepare for the worst. Even before the coronavirus made headlines, Japan was limping into 2020. The economy grew just 0.4% in the third quarter from the second. In the fourth, it is forecast to contract by 0.9% quarter on quarter.

Kuroda's team is employing its cliche that it "will not hesitate to take additional easing steps if risks become very large" -- the same phrase the BOJ rolled out amid the 2019 trade war and in every episode of turmoil in Chinese markets since 2015.

It is time for a more urgent vocabulary -- even better if it is expressed jointly by top monetary powers. Generating confidence is something of a dark art, one most potent when a critical mass of monetary practitioners joins forces.

Such coordination helped stabilize markets during Wall Street's stumble in 2008. It worked wonders in the 1997 Asian crisis, turmoil in Japanese banks and Russia in 1998 and the euro's free fall in 2000. It helped calm nerves when a "taper tantrum" coursed through emerging markets in 2013.

The specter of collective action, if needed, would go a long way toward keeping the peace in global markets. It also would be a welcome antidote to the populism and zero-sum ethos now dominating the global discourse.

With any luck, the coronavirus will recede in the weeks ahead. What happens, though, if by the second quarter the number of patients is exponentially higher? Or if the death toll of roughly 1,110 multiplies precipitously, airports are shuttered and supply chains seize up? Officials from Kuroda in Japan to Lagarde in Frankfurt to Powell in Washington would rue the day they held their fire.

Resource-rich Australia is an intriguing microcosm. It is arguably the world's biggest bet on China's demand for iron ore, copper and coal. And yet Reserve Bank of Australia Governor Philip Lowe exudes a deer-in-the-headlights quality as Chinese demand grinds to a halt. 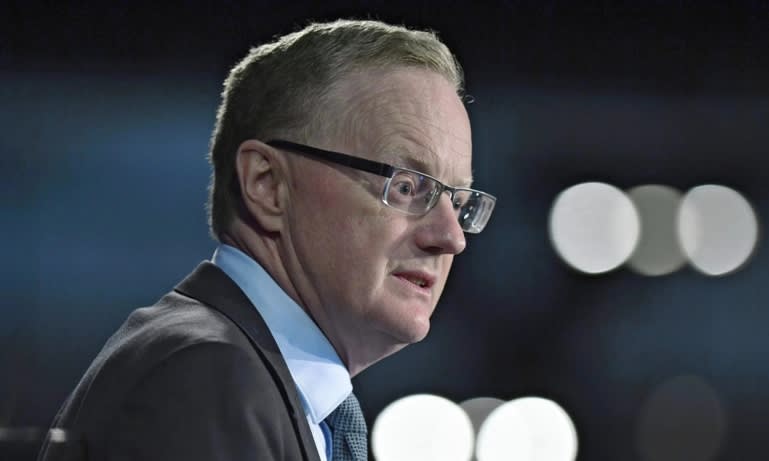 Rates Down Under are a record low 0.75% after three easing moves last year. The RBA is now inclined to hold its fire. Yet Lowe warns the coronavirus could hit Australia even harder than the SARS outbreak of 2003 and says "the capacity to bounce back and have stimulus measures is not as great" as then.

The RBA is not alone in its reluctance to act preemptively even as economic risks mount. Its plight, though, dramatizes how words are cheap but inaction could be expensive. If ever there were a moment for a unified response to forestall contagion risks it is now. It worked in the past, and it can work in 2020.