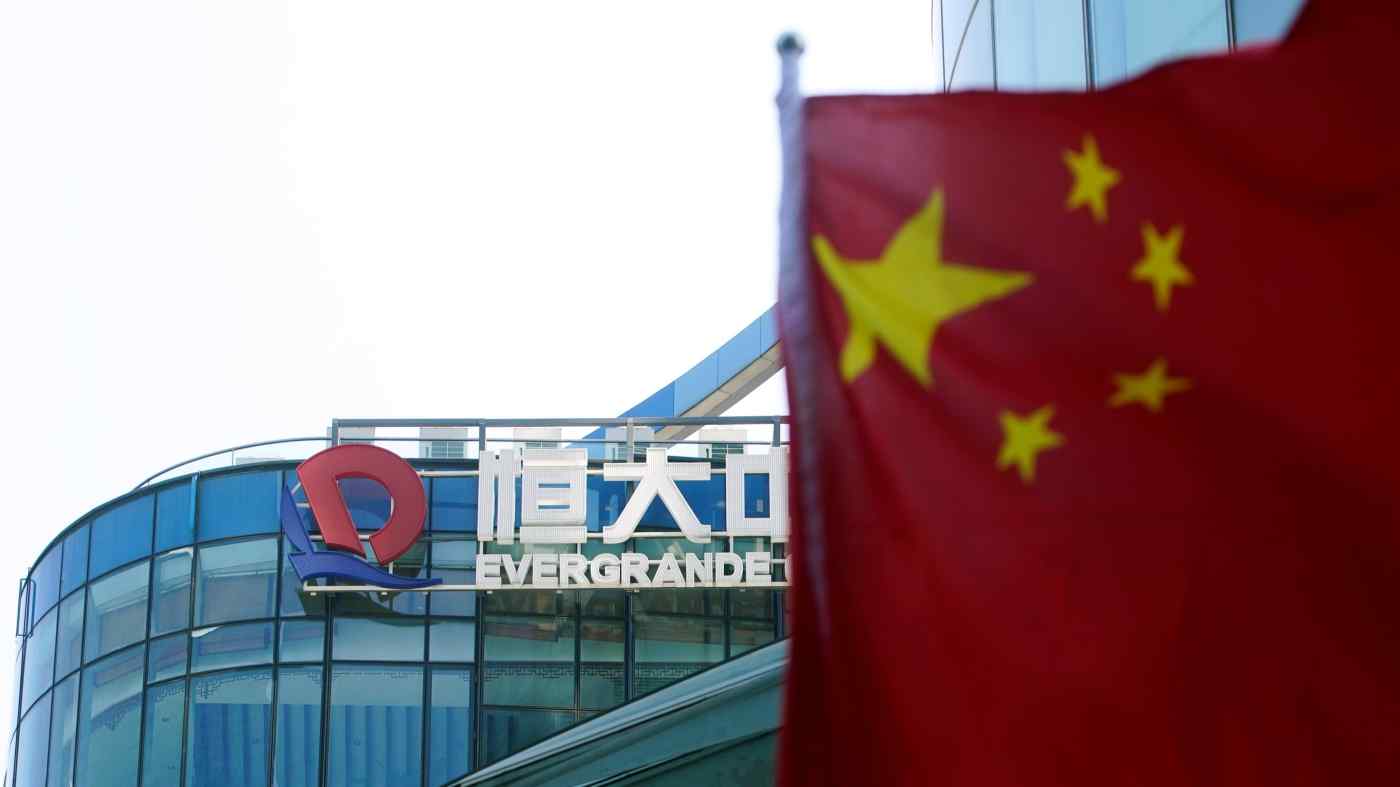 Greenspan is the human bubble maker who ran the U.S. Federal Reserve in the frothy 1990s. Meriwether ran the hedge fund that the Fed chairman helped bail out in 1998, setting the stage for yet-bigger blowups. Enter the Lehman shock recession a decade later.

There is a reflexive desire to view the default drama looming over China Evergrande Group as President Xi Jinping's Lehman moment.

Odds are, Xi's financial fire brigade will swoop in to stop the massively indebted property developer from burning down Asia's biggest economy. Even if Evergrande defaults on $83.5 million of interest on a five-year dollar bond today, Xi's men are almost certain to check any spread of contagion, with the central bank already hinting at lending additional support.

This, of course, is a precarious moment for Xi's "common prosperity" edict. It would be a horrible look for a Communist Party leader purporting to narrow the rich-poor divide to bail out a billionaire acting recklessly.

As such, history may remember Hui, also known by the Mandarin pronunciation of his name as Xu Jiayin, as less a Richard Fuld than a Meriwether in the making.

Fuld, the last chief executive at Lehman, bet the Fed and U.S. Treasury Department would treat Lehman as they had Meriwether's Long-Term Capital Management hedge fund in 1998. And wow, was Fuld wrong. Washington hung Lehman out to dry in September 2008, shoulder-checking the global financial system.

Yet the leverage excesses that killed Lehman had their roots in the LTCM rescue a decade earlier. Just as Xi's men might this week be setting the stage for China's own eventual reckoning.

Asia's 1997-1998 crash came a few years after Meriwether opened his ironically named fund in Connecticut. Turns out, there was nothing "long term" about the capital investors handed the former Salomon Brothers star and his band of "geniuses." Having been mythologized in the 1989 Michael Lewis book Liar's Poker, Meriwether larded LTCM with Nobel Prize-winning economists.

Yet Genius Failed, to riff off the title of Roger Lowenstein's book on the rise and fall of LCTM. The hedge fund's strategies blew up when Russia defaulted in August 1998, causing pandemonium in bond markets. Its positions were deemed a systemic threat.

Rather than let Meriwether and his Nobel laureates eat losses, the Greenspan Fed cobbled together a massive bailout. By 1998 standards, the $3.6 billion the Fed cajoled 14 financial institutions to pony up to save LTCM was an enormous sum.

It set a dangerous precedent. The moral hazard that followed, and the Greenspan Fed's easy-money policies, swelled the froth fueling the 1999-2000 dot-com bust. It also generated the liquidity and risk-taking abandon that gave us the subprime crisis -- the shock that killed Lehman.

If only U.S. officials had taken a harder line on LTCM. Instead, traders and investors absorbed the notion that there was no need to worry -- bailouts would always follow. Lawmakers, too. Extreme fear of markets explains why Washington did more in 2008 and 2009 to support banks than U.S. homeowners facing ruin. One can quibble about e-commerce monopolies and how Ma fintech giant Ant Group might shake up China Inc. But unlike Evergrande, tech titans are not sitting on $305 billion of debt -- the annual gross domestic product of Chile. Whereas Ma represents disruption, Hui represents existential cracks in China's growth model. A little proportion, anyone?

Some argue that Xi's anti-leverage policies bear some blame for Evergrande's troubles. To be sure, Hui's company is on the front lines of Beijing's pivot from supporting a property boom to making an example of the sector.

Yet Xi must keep China's LTCM moment from morphing into a full-blown Lehman crash. For starters, Beijing must work harder to offer global investors guidance. Only by delving deeply and transparently into Evergrande's books can Xi's regulators fully comprehend the magnitude of the liabilities. The same goes for the interconnections between asset classes and sectors.

Beijing also needs a plan. Japan's last 30 years provide all too many cautionary tales about the costs of moving too slowly. Xi's team must act fast to create mechanisms for highly indebted sectors to cleanse balance sheets.

Xi's team might consider devising a deleveraging strategy akin to Washington's remedy for the 1980s savings-and-loan crisis. It could create a series of Resolution Trust Corp.-like entities. The key is crafting a credible scheme so that banks, state-run enterprises and entire municipalities can dispose of bad loans.

If not, things could get very messy for Beijing. Investment giants from BlackRock to JPMorgan to UBS to HSBC now rushing China's way -- and singing Xi's praises as a reformer -- will quickly become net sellers. And China will merely set itself up for a bigger and nastier reckoning than ever needed to be the case.