Why young Chinese have so little interest in democracy 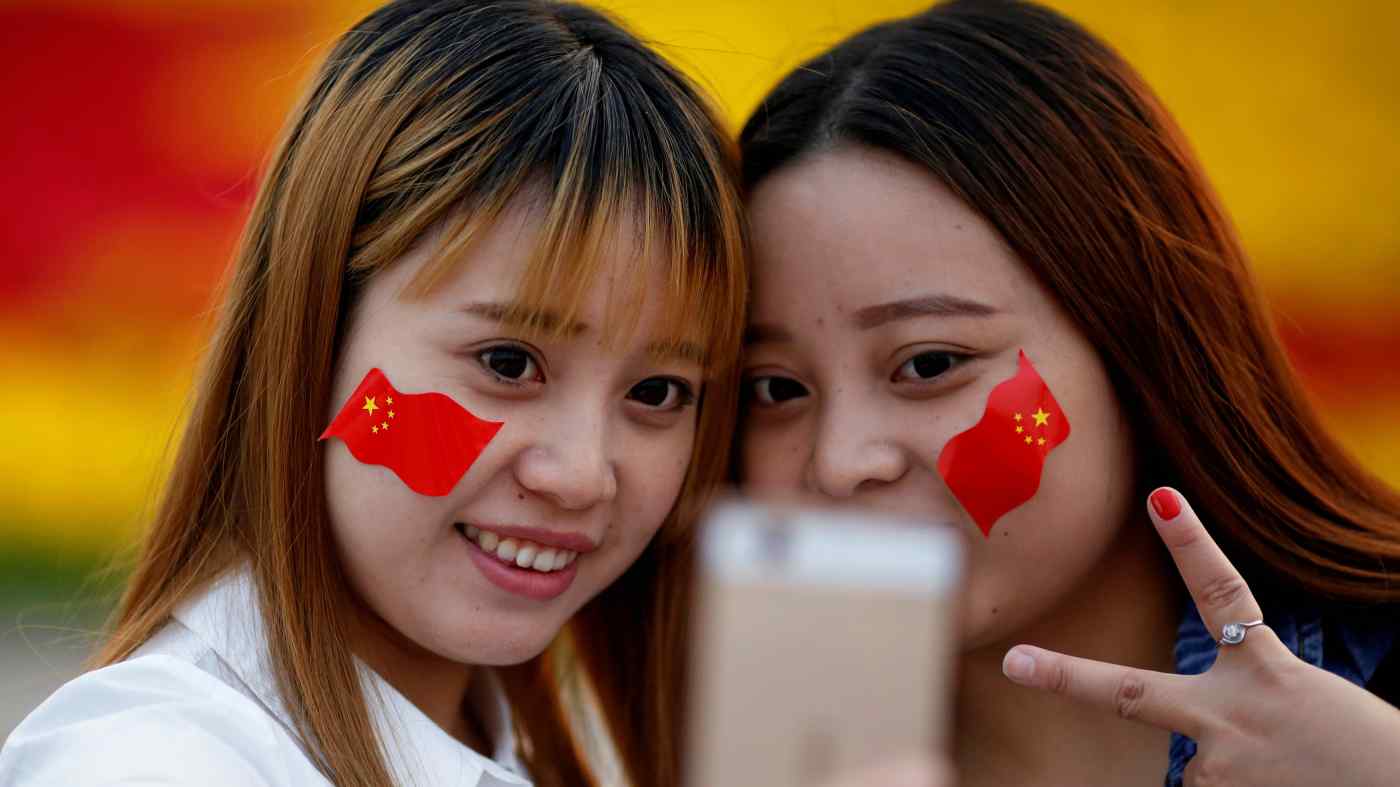 Girls take pictures at Tiananmen Square: China's youths are practicing their ideas in ways that differ from the values of the ruling party.   © Reuters
CopyCopied

Chinese youngsters are shying away from marriage. A recent survey revealed that 54.2% of young people neither support nor oppose the sacred institution, while 5% say they view wedlock as being outdated and unsuited to maintaining intimate relations. Young women who said they were ready to tie the knot amounted to only 23%.

Is this simply a sign of ennui, the same sense of listlessness that afflicts youngsters everywhere, especially with climate change and COVID adding to the perception that we are living in a world hell-bent on destroying itself? Or is this an extension of the fatalism spawned by China's "lying flat" movement, where many young Chinese simply opted out of a hectic world, like the hermits of old in so many Tang and Song Dynasty poems?

Like their similarly afflicted Western counterparts, Chinese youths are calling into question existing norms -- marriage among them -- and are coming up with their own answers.

In the same survey involving 2,268 people conducted earlier this month by leading Chinese financial media Yicai Global, young people showed that they are far more comfortable with marital infidelity, maintaining multiple sexual partners and same-sex relationships. Conspicuous by its absence, though, as an option for changing the system is the idea of democracy.

This would seem to explain why, when U.S. President Joe Biden's Summit for Democracy initiative came under withering attack from China's official media, most young people in China shrugged.

According to data from the National Bureau of Statistics, some 208.5 million Chinese were born between 1990 and 1999 -- roughly equal to the combined populations of Russia and the United Kingdom. If followers of a democratic movement did exist, or still exist today, then surely a strident vanguard would have emerged. Yet their silence was deafening.

The Western media narrative generally posits that the fading interest in democracy among young people is explained by China suppressing free speech and brainwashing people through its education system. But this is clearly not the whole story.

As their views on marriage show, China's youths clearly have not swallowed everything they learned in school, and are practicing their ideas in ways that differ from the values of the ruling party.

Blued, a same-sex social app that was developed by a Chinese company listed in the U.S. and is popular worldwide, had 49 million registered users last year, with more than half in China. That tens of millions can do this is because a compromise has emerged between Beijing and China's gay community.

Chinese born after 1990 confront a communist regime quite different from the one their parents experienced. The sophisticated social administration we see today -- organized by well-trained party elites in stark contrast to their comparatively amateurish counterparts in the U.S. -- combines social administration with flexibility that offers clear answers on future economic growth and, while malleable, does not deviate from its founding principles and goals.

Former CCP chief Deng Xiaoping, the leader and initiator of modern China, is often quoted as saying, "It doesn't matter whether the cat is black or white, as long as it catches mice."

The logical extension of this dictum to the economy has led to incredible changes still unthinkable in many Western democracies. Consider China's sharing economy and electronic payments system, which have resulted in economic growth much faster than in the West.

The same holds true for social compromise on same-sex marriage. Not wanting to offend conservatives by legalizing it, but yet supporting gay social apps such as Blued, Beijing has conferred certain guarantees on the social rights of the gay community. A sign of BlueCity Holdings, the owner of China's biggest gay dating app Blued: Beijing has conferred certain guarantees on the social rights of the gay community.   © Reuters

When it comes to social unrest, the Western media usually focus on the suppression of antigovernmental remarks, but the facts are not so cut and dried. Take an environmental incident -- an event most likely to arouse protests. Today, the officials involved are dealt with promptly, and the public is kept up to date with details on how the government will respond, nipping potential protests in the bud.

And do not forget that Beijing has largely achieved its annual economic targets. Is there a democratically elected government anywhere that can draft an economic plan every five years and deliver on schedule?

China's gross domestic product was almost $16.2 trillion in 2020, nearly 10 times that of 2000. Chinese youngsters growing up in such a society have witnessed firsthand their country's economic surge and have no problem trusting their government's ability to score economic goals. And nothing has thus far been able to cause this conviction to waver, including democracy.

The bedrock of Western democratic politics lies in giving people a direct say in choosing their leaders. But could such a system bring the economic and social stability that China's young people crave and have come to take for granted, or safeguard benefits already gained?

This is a question that Biden and other Western democratic leaders must answer before they can expect China's youths to pay attention to their "democracy summit" or even to democracy itself. On the surface, it seems that Beijing has already fended off this democratic challenge.

Still, the price that China's rulers have had to pay for the younger generation's confidence is unimaginable. Maintaining the sustained growth of an economy that is almost 75% connected to the U.S. cannot be solved by slogans from the Mao era.

So far, more than 100 million people in China, or only one-tenth of the population, have a per capita GDP exceeding $20,000. In whole of the U.S., per capita GDP is just over $63,000. In other words, this is a marathon, and China's leaders are a long way from the finish line.

The truth about young people today who claim to be lying flat is that they actually want more. How else to explain that China is the world's largest luxury goods market? Yes, China's youths appear to have faith in the system, but if the music ever stops, there will be consequences. And the CCP leadership well understands this.

Knowing this, Biden would be better off gathering world leaders for an economic growth summit, not one devoted to democracy.