Will it take another street fighter to defeat Duterte? 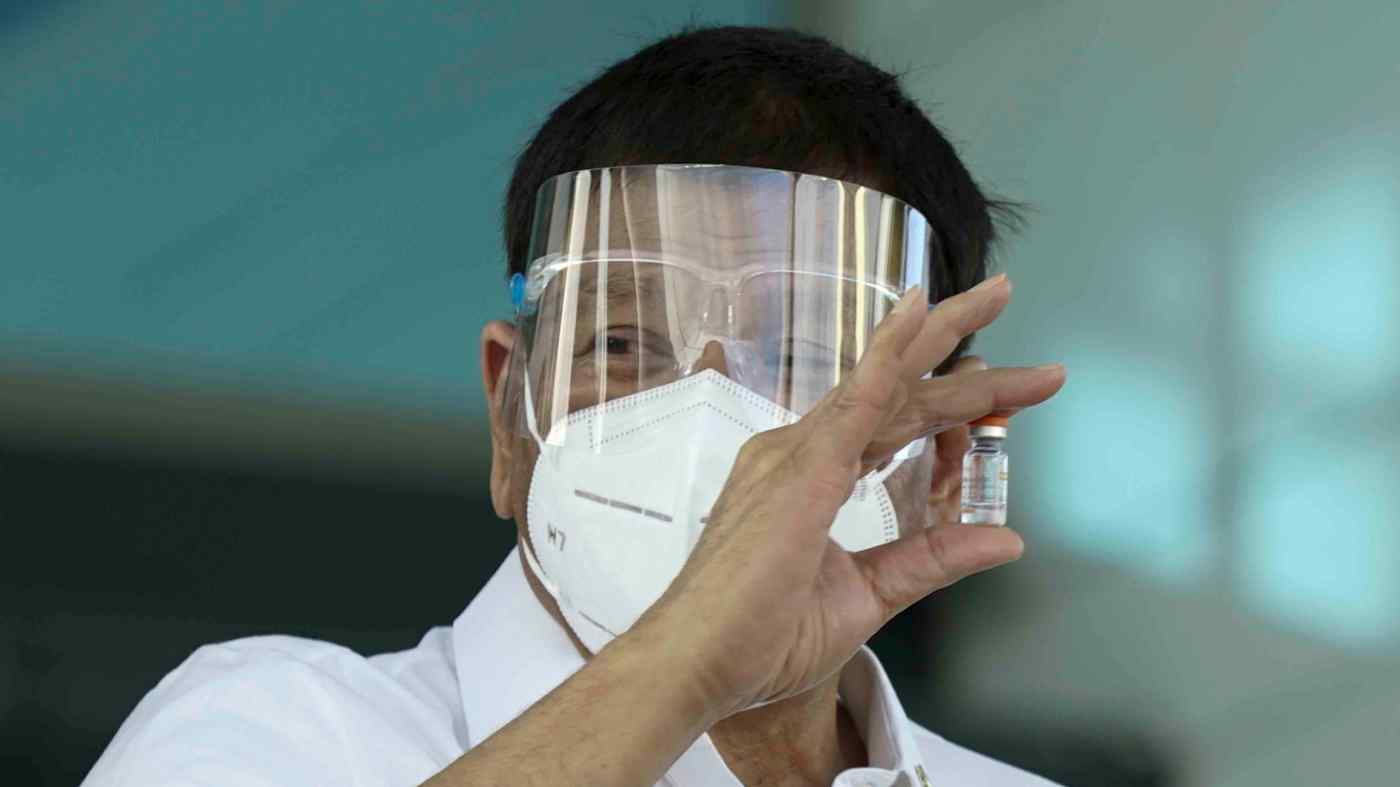 Rodrigo Duterte holds a vial of Sinovac vaccine from China on Feb. 28: the vaccines he was hoping to get from China are not coming as fast he had promised.   © Malacanang Presidential Photographers Division/AP
CopyCopied

The Spanish word sanggano, imported into the Filipino lexicon, describes the type of bully that is often alluded to as the archetype for President Rodrigo Duterte and that was so important in getting him elected in the first place.

This is Duterte as the tough guy in the dark alley of a typical Philippine neighborhood, someone whose path you would be afraid to cross yet whose power you might still worship.

Duterte's leadership style is a reflection of his old days as mayor of the southern city of Davao, where he cleaned up crime with his style of vigilantism and violence. Spurring business activity and restoring order after so many years of chaos came to be seen as real progress by voters and cemented his popularity.

Seated as president, Duterte prioritized local politics -- the pettiness of it, the sum of patronage alliances and the threats of payback -- over the decency of nation-building. From the corner of his dark alley, Duterte stoked a war against drugs and let the police run loose with a campaign of extrajudicial killings, which became the centerpiece of his domestic policy agenda.

Firing himself up just talking about it in his late-night public addresses, it was as if the sanggano had awaked from a drunken stupor and could not stop his blathering. Outside his home city, Duterte has acquired the persona of a wannabe tyrant. His foreign policy is a gamble with his country's sovereign rights and national interests.

One more year to go in his six-year term, the walls are closing in. The administration's evident failure to manage the COVID-19 pandemic -- cases have surged to the highest in the region despite the strictest quarantine, and health protocols have been mismanaged -- is spiraling out of control. COVID is the one thing Duterte cannot kill with a gun, a symbol that has become part of his persona. The vaccines he was hoping to get from China, his chosen ally, are not coming as fast he had promised. His wisecracking banter about COVID is no longer funny.

There are no encouraging statistics on the horizon. On social media, it seems that people are throwing in the towel. Duterte's power may still be secure, though not certain, ahead of next year's presidential election. He is sick but tries to hide it, even though the constitution requires him to disclose the full state of his health. His supporters are dreaming up ways to skirt the one-term limit, perhaps by getting his daughter, Sara, to run as his proxy.

More than a year into the lockdown, with a death toll every bit as alarming as the number of unsolved killings in the drug war and the red-tagging campaign and communists, what are Filipinos ready for now? The reality check is coming down hard: Will it take another sanggano to beat a sanggano? Only someone cut from the same cloth can come up with newer and savvier tricks, goes the conventional wisdom. Or will a nation of more than 100 million choose the high road in a presidential election that will make or break democracy in the Philippines?

Retired Supreme Court Justice Antonio Carpio was not playing to the media when he said recently that only a united opposition would defeat Duterte and halt the country's slide toward authoritarianism. Carpio, among others, has convened a high-stakes group called 1Sambayan, or One Nation, to vet a slate of candidates for the 2022 national elections. A few names have been floated -- a senator here, a mayor there.

Carpio himself, a harsh critic of Duterte's dalliances with China, might put himself in the running if need be. In the 2019 midterm elections, no opposition candidate was elected to the Senate, the traditional steppingstone to the presidency, in a campaign dominated by incumbents. 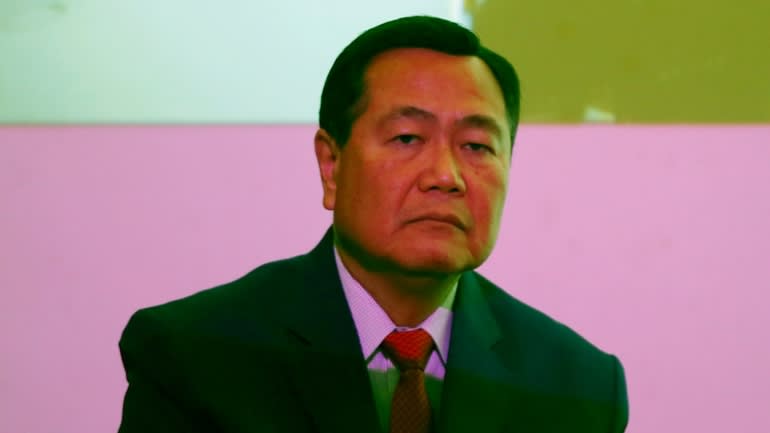 Antonio Carpio, pictured in July 2016: the retired Supreme Court Justice might put himself in the running if need be.   © AP

The natural succession should fall on Vice President Leni Robredo, who was voted into office separately from Duterte in 2016, but she has until now fended off pressure to run, saying she needs more time to think about it. During this year of presidential inaction, it has been Robredo who has done so much to help people despite the meager resources available to her office. Creating jobs, providing food, transportation and protection against COVID, it has been as if she were running a parallel government, with major corporations, international NGOs and foreign embassies coming to her aid.

After COVID cases surged again in March, pushing the health system to the brink of collapse, Duterte dropped completely out of sight for much of April, fueling rumors about his health and competency. He has done this before, disappearing from public view in the midst of a national crisis, later reappearing in a shamefaced television address.

Celebrating his 76th birthday last month, Duterte was seen wearing a plain undershirt and shorts that identify him as one of the masses. It is this image of a homespun everyman that has given so many Filipinos licenses to mistake Duterte as one of them, such as when a female helper offered him a candle to blow out, he playfully groped for her crotch.

That is nothing new to Filipinos. Take it or leave it; Duterte does not care what people think. He has shown how much he hates the rules and that he will do anything to break them. In that way, he has been true to himself, a real sanggano.