Beijing has been pressuring neighbors and building up fleet strength 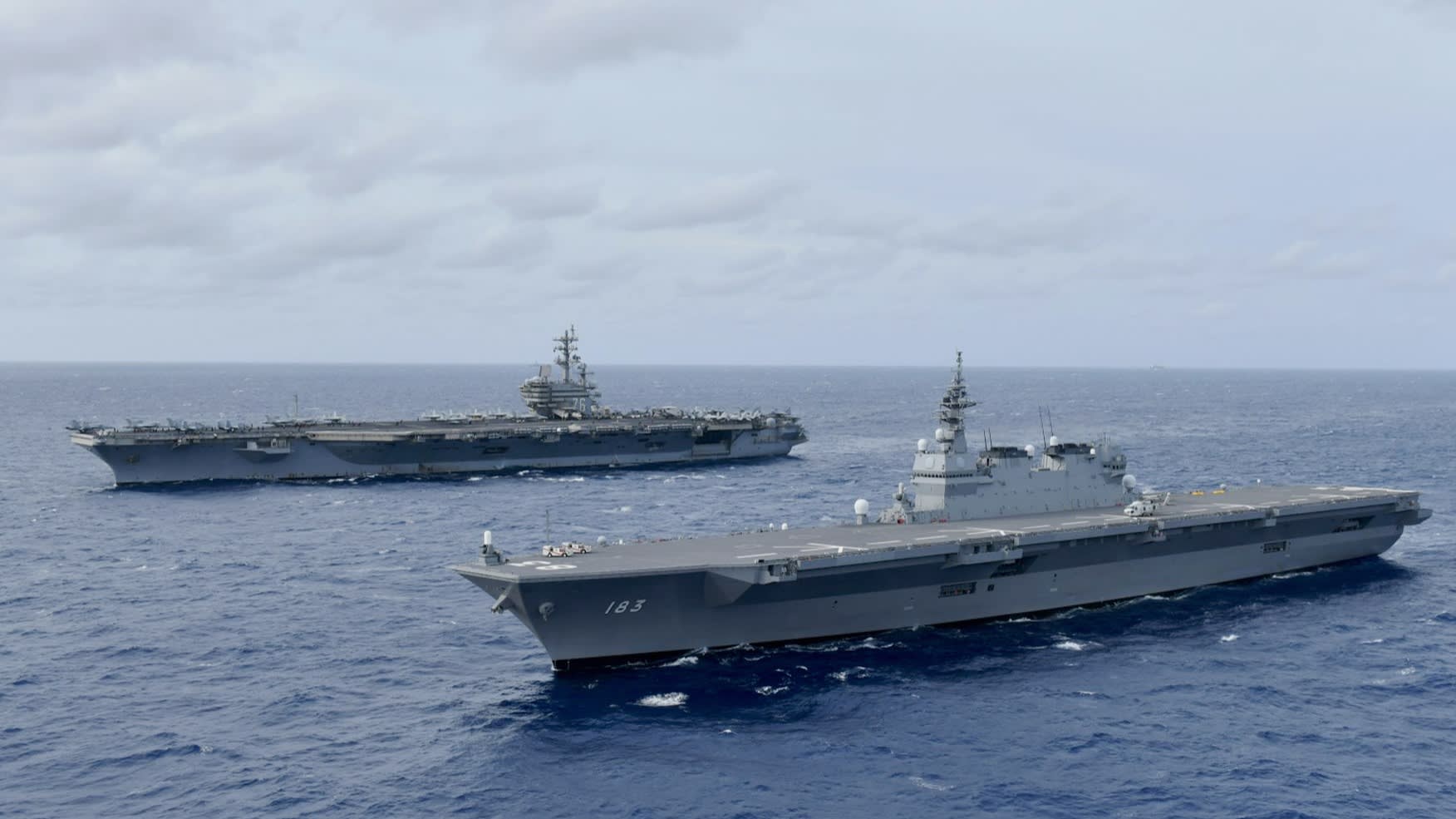 USS Ronald Reagan, far left, operates with Japan's Maritime Self-Defense Force helicopter carrier JS Izumo in South China Sea in June 2019: more freedom of navigation patrols by not only the U.S. but other allies will be required. (Handout photo from U.S. Navy)
CopyCopied

For the past two decades, China's strategy in the South China Sea has been reminiscent of ancient general and strategist Sun Tzu, who said: "The supreme art of war is to subdue the enemy without fighting." In this turbulent time, that patience is beginning to change as China, emboldened by the U.S.'s abdication of leadership and by a distracted world, gains in aggression.

Most recently, China has been using its naval forces to pressure the littoral nations, especially Vietnam and the Philippines. A month ago, China sank a Vietnamese fishing vessel, a maneuver that was roundly condemned by the international community.

Given China's relatively successful containment of coronavirus and fast moves to restart its economy, the Chinese are probably in a position to offer economic and soft power incentives to those states around the periphery of the South China Sea. 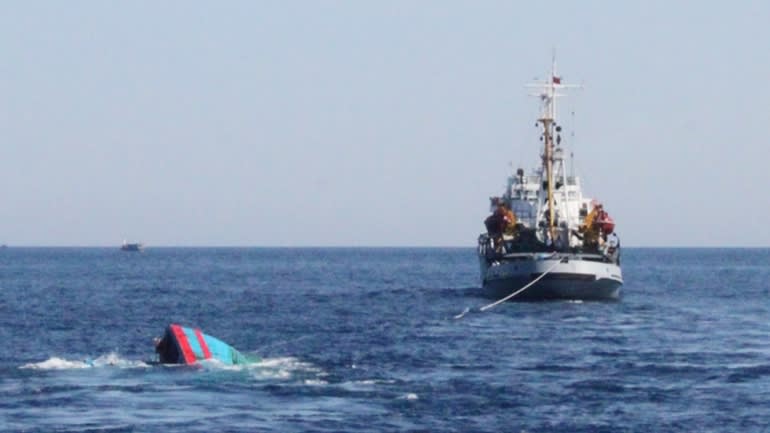 A Vietnamese fishing boat, left, was rammed and then sunk by Chinese vessels near the disputed Paracel Islands in May 2014.   © Reuters

So what can we deduce from all of this about China's new strategy for consolidating control here?

China claims almost the entire sea, from its coastline out to the "nine-dashed line" it has drawn on the map, as territorial waters. This has enormous international implications because of the oil, natural gas and merchant trade in the region. It has steadfastly maintained its claims despite losing an arbitration in an international court and facing pushback from littoral nations -- notably Vietnam and the Philippines.

The U.S. has mounted a campaign of "freedom of navigation" patrols to challenge China's presumption of sovereignty and its construction of artificial islands throughout the contested waters. But China has been aggressively expanding its fleet of oceangoing warships, increasing its stock of hypersonic "carrier killer" cruise missiles and improving its undersea technology. All of this gives it more confidence in responding to the U.S. patrols. 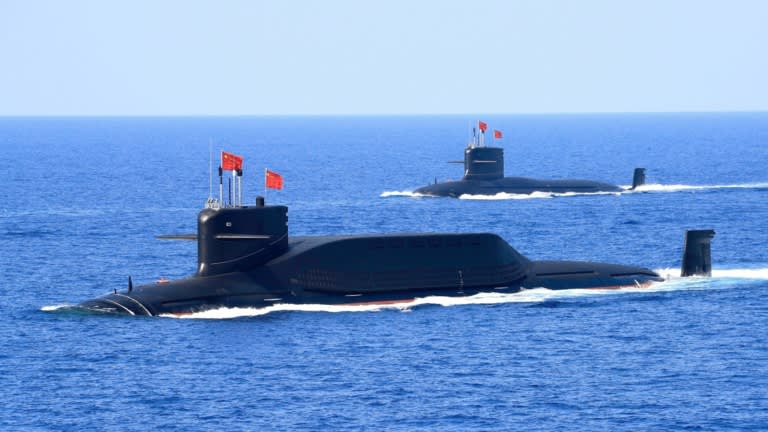 China's nuclear-powered Jin-class ballistic missile submarine is seen during a military display in the South China Sea in April 2018.   © Reuters

The strategy is also becoming more aggressive because of China's internal political concerns. As President Xi Jinping attempts to consolidate his power, he needs to keep the growing middle class content, but a slowing economy means another "rallying cry" is necessary. That may well manifest itself in a more nationalistic tone about the South China Sea.

For the rest of the world, the choices are difficult. No one wants to stumble into a full-blown Cold War, or indeed a shooting war, with China. But avoiding this while resisting China's sweeping claims in the South China Sea will require finely tuned economic and diplomatic pressure and military deterrence as well.

That means the U.S. should seek to align the diplomatic condemnation by all the nations of the South China Sea plus Japan, India and Australia.

On the military side, more freedom of navigation patrols by not only the U.S. but other allies will be required -- including leading NATO nations like the U.K. and France, for example.

Another part of the strategy must include economic components of both inducements and sanctions if dangerous behavior continues. Finally, part of this confrontation will occur in the cyber world, and here strong defenses will be necessary as China will likely use that venue to makes its displeasure known.

Sun Tzu was a strong advocate for patient victory, but he also said that "opportunities multiply as they are seized." Beijing seems to be doing just that in the South China Sea.