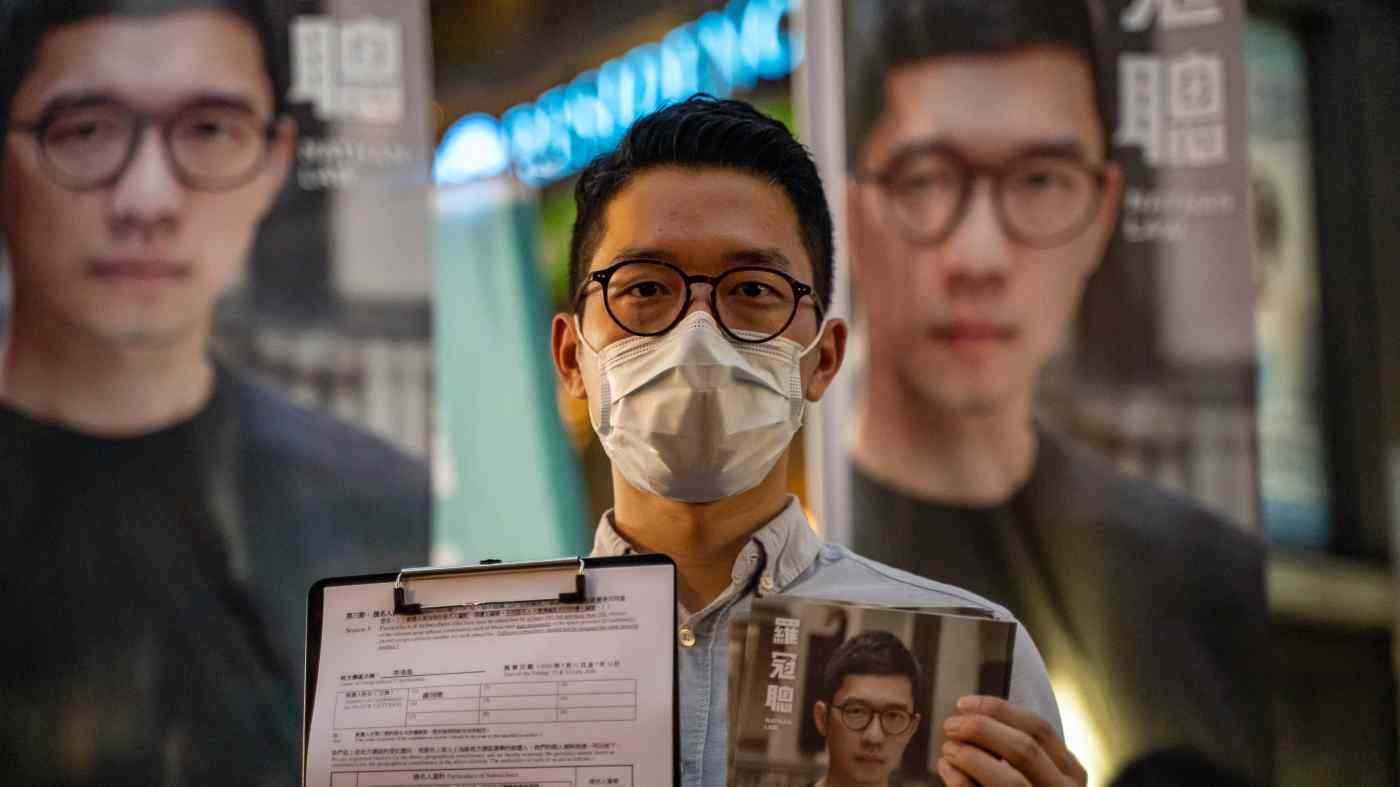 Pro-democracy activist Nathan Law speaks during a press conference on June 19: the momentum of the movement shows no signs of dying down.   © Getty Images
CopyCopied

While the international community might no longer have high hopes that the energy of Hong Kong's protest movement can be sustained, last week its people stood up once again and proved that their courage and bravery would not be tarnished by the threat posed by China and its sweeping national security law.

On July 11 and 12, the pro-democracy camp in Hong Kong organized the largest primary election in its history. More than 610,000 ballots were cast to select candidates for the Legislative Council election this September.

This is certainly a surprising outcome as organizers had expected a much lower turnout of around 150,000. Perhaps responding to the government's claim that the primaries could be illegal under the national security law, crowds raced to polling stations to show their continued support of the movement.

The fact that China on Tuesday declared the primaries "illegal" and Hong Kong's chief executive, Carrie Lam, said their organizers would be investigated under the new law shows that Beijing is afraid of the voices of the Hong Kong people. The anti-extradition movement in Hong Kong has lasted for more than a year and it completely reshaped international perceptions of and narratives about China.

In response, the world has developed a more assertive strategy against China, shifting away from the appeasement strategies that it adopted for decades. Now it needs to continue to stand up for Hong Kong's freedom.

Before the start of democrats' primaries, Erick Tsang, Secretary for Constitutional and Mainland Affairs, had claimed that their camp may breach the national security law because it encouraged a disruption in government operations. What was more worrying was that the office of Hong Kong Public Opinion Research Institute, which provides technological support for the primary election, was raided by the police the night before the primaries after they received some mysterious privacy concerns.

These actions were supposed to threaten people not to participate in the primaries, but they turned out to be the fuel of the election. The more involved the candidates are in the pro-democracy movement, the more votes they received -- two of my comrades, Joshua Wong and Eddie Chu, were crowned "the king of votes" in their districts. 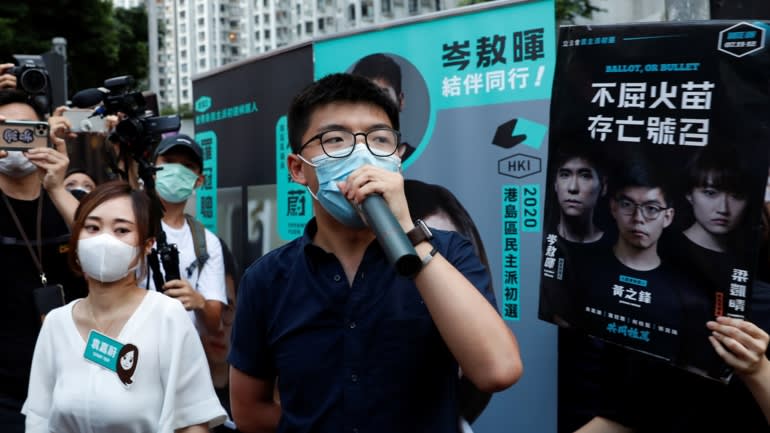 Pro-democracy activist Joshua Wong attends a campaigning during primary elections on July 11: Wong was crowned the king of votes.   © Reuters

The results reveal that the movement's momentum shows no signs of dying down. What is worth mentioning is that the movement has reshaped the political spectrum in Hong Kong -- mild candidates with less critical stances toward China generally performed poorly in the election.

Public opinion worries that whoever opposes the national security law will be banned from participating in September's election. It is no secret that Beijing is adopting a hawkish approach to handle "the Hong Kong problem" and the possibility of localist candidates being allowed to run is grim. The tradition of disqualifying candidates, which was started in 2016, will likely continue.

If that is the case, it would only mean that the Legislative Council in Hong Kong, which is already undemocratically elected thanks to its functional constituencies representing different industries, further becomes window-dressing and a chamber without opposition, instead of reflecting the voices of the unheard.

But the world has been paying attention. After the enactment of the national security law in Hong Kong, several countries that developed friendly relationships with China have already reacted in unpredicted ways.

For example, Canada, Australia and the U.K. have announced countermeasures to the national security law to express their grievances. They are gradually putting in place measures such as the suspension of extradition treaties with Hong Kong, banning the export of sensitive military items and offering safe-harbor to Hong Kong citizens, and there are more to come.

The cohesion shown by the Western community demonstrates the world's recognition of the humanitarian crisis in Hong Kong resulting from Beijing's heavy-handed approach. Individuals could face lifelong imprisonment merely for exercising their freedom of expression. Major tech companies like Facebook and Twitter have explored the possibility of withdrawing from Hong Kong because of risks under the national security law.

In response to this crisis, the international community should stand firm and oppose any forms of political screening from the Hong Kong government in the upcoming Legislative Council elections. The candidates who had won in the primaries should be considered as the rightful representatives of the people and not to be disqualified. China can ignore this pressure, but that does not extinguish it.

Furthermore, countries should organize large-scale election observation groups in order to properly discern and document any kind of fraud, including absurd disqualifications, to deter such behavior from the government.

Holding China accountable for its commitment toward Hong Kong is a global responsibility. As we have observed a decadelong recession of democracy, we need to join hands to restrain the expansion of Chinese authoritarianism and restore the legitimacy of democratic values. For the sake of our shared universal values, please continue to speak up for Hong Kongers, who are standing at the forefront of the battle against the totalitarian regime of China.