Pushback against Beijing's muscle-flexing may soon force a rethink 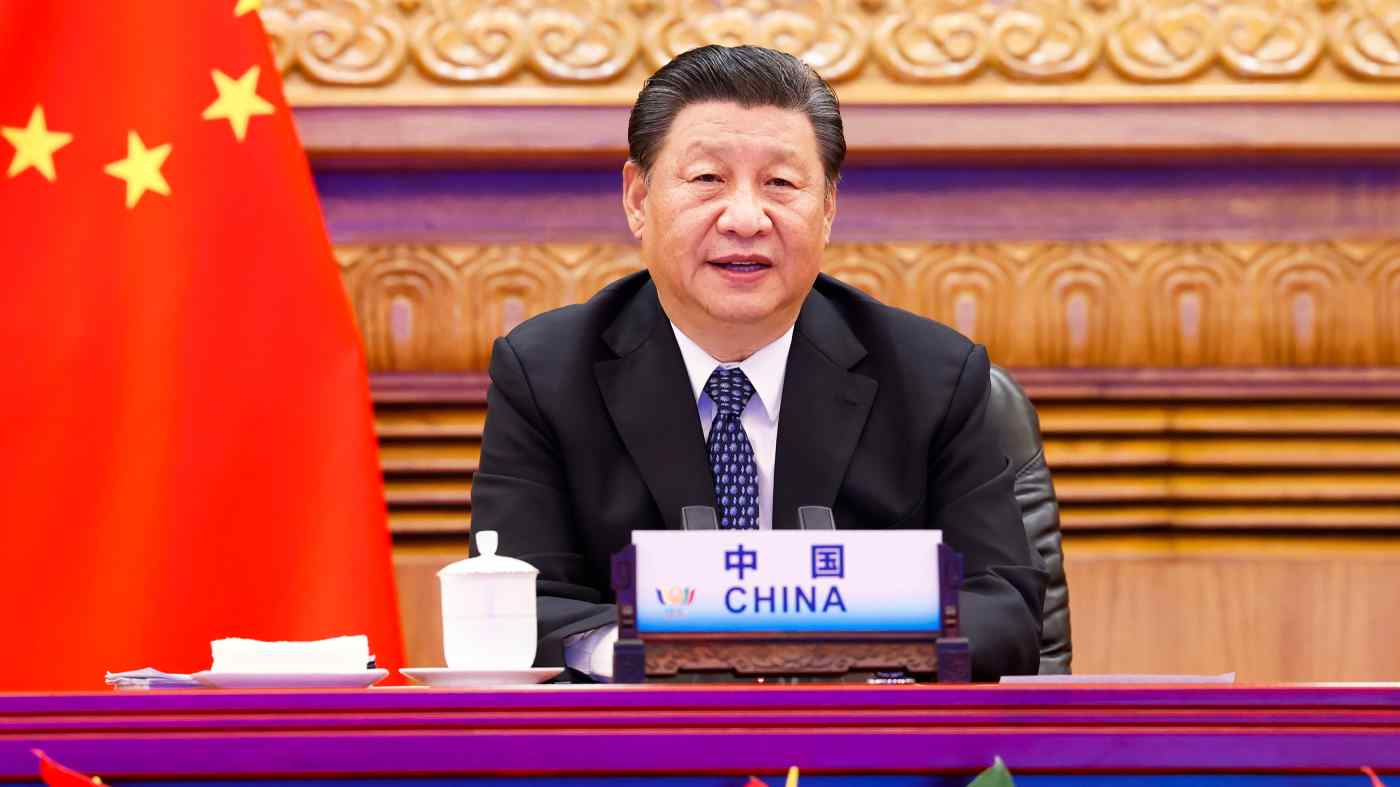 Suisheng Zhao is a professor at the University of Denver's Josef Korbel School of International Studies and director of its Center for China-U.S. Cooperation.

Despite all the hand-wringing, President Xi Jinping did not travel to Europe for the recent Group of 20 leaders' summit, or to Scotland for the 26th U.N. Climate Change Conference of the Parties, known as COP26. Limiting his diplomatic interactions to video-link and telephone, Xi has not traveled abroad or met foreign visitors in person since the COVID-19 pandemic broke out.

The last time Xi left China was January 2020. His last meeting with foreign guests was in Beijing in March 2020. Xi's conspicuous desire to stay behind the protective bubble is being reported in the Western media as having limited his ability to engage world leaders, damaged his policy agenda, contributed to a further deterioration in China's relations with the West and signaled an inward turn.

But the truth is that keeping diplomacy virtual has not disadvantaged Xi's international engagement or his foreign policy agenda.

Continuing the frenetic pace of face-to-face diplomacy he once maintained, Xi has held about 60 calls with foreign heads of state since the onset of the pandemic, including multiple conversations with the Russian and U.S. presidents, as well as leaders in Europe, the Middle East and other Asian countries.

Xi also virtually attended a dozen multilateral meetings, including the BRICS summit, where he pledged 100 million additional vaccines doses to developing countries. In the Chinese media, Xi's virtual diplomacy has been accorded a similar level of prominence as past foreign visits. Chinese people have read and watched Xi's busy schedule of meetings and could not tell the difference.

Responding to President Biden's "alliance of democracies" to counter China's challenge, Xi has built an anti-hegemony coalition of Russia, Iran and others sharing complementary grievances against the U.S. It was not a coincidence that both Xi and Putin declined to attend the G-20 or COP26, instead sending the message that China and Russia no longer needed to court America and Europe, nor play according to the Western agenda.

On most of the important issues raised at the two meetings, including climate change, COVID, supply chains and Iran's nuclear deal, there can be no significant progress without China and Russia. Without Xi and Putin in the group portraits, the G-20 summit looked like the second-string team. Biden, who hoped his first in-person meeting with Xi on the sidelines of the G-20 would help ease tensions between Washington and Beijing, must now wait for a "virtual summit" toward the end of the year.

A crucial player for the ambitious goals set at COP26, Xi sent a large delegation of experts and dialed in to deliver an important speech on China's commitment to curbing carbon emissions and helping blunt the dire consequences of climate change.

China's state councilor and foreign minister Wang Yi attended the G-20 and met with important foreign counterparts, including U.S. Secretary of State Anthony Blinken. Chinese media highlighted that Blinken came to the residence of the Chinese delegation, entering via a side door. Greeting Blinken, Wang did not shake hands or have an elbow bump, maintaining Chinese dignity in the face of U.S. provocations over Taiwan. 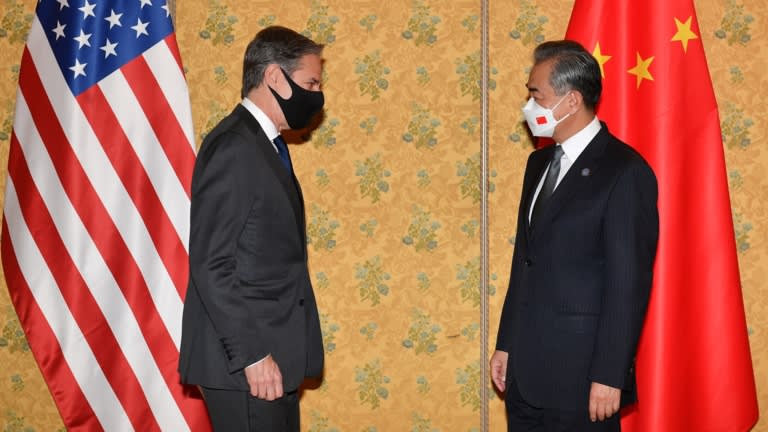 Antony Blinken meets Wang Yi on the sidelines of the G-20 summit in Rome on Oct. 31: Wang did not shake hands or have an elbow bump with Blinken.   © Reuters

China's ties with Western countries have indeed deteriorated since the outbreak of the pandemic, but that has more to do with Beijing's early COVID-19 missteps and policies surrounding Xinjiang, Hong Kong and Taiwan than Xi's decision to stop traveling. And with fewer governments in the mood to offer Xi the full red-carpet treatment, virtual diplomacy has possibly helped avoid some awkward moments.

Engaging the world virtually does not signal a turn inward, but it has allowed Xi to focus more on domestic priorities amid the pandemic, the U.S. technology boycott and geopolitical tensions.

Economically, Xi has worked hard to implement the new domestic and international dual circulation strategy with domestic circulation as the mainstay. Politically, Xi has prepared to continue in office for another five years and has been occupied with protecting his health before the CCP Congress next year.

With national borders virtually sealed, China has maintained a zero-COVID strategy and responded to any subsequent outbreaks after the initial waves with stringent measures such as targeted lockdowns and mass testing. The government has been particularly protective of Beijing, where Xi's residence is located.

Even top foreign officials have not been allowed in the capital. Maintaining busy and highly protected domestic travel schedules, neither Xi nor the other six members of the Politburo Standing Committee have gone abroad to avoid the risk of COVID exposure.

Instead of signaling an inward turn, Xi's decision to stay at home suggests his determination to conduct diplomacy on his own terms because he is convinced that because China is now stage-center, it can behave according to its national interests.

Xi seems to have gotten his way so far, but Beijing's muscle-flexing behavior, both virtually and in-person, is generating increasing pushback that may eventually require him to rethink his approach.