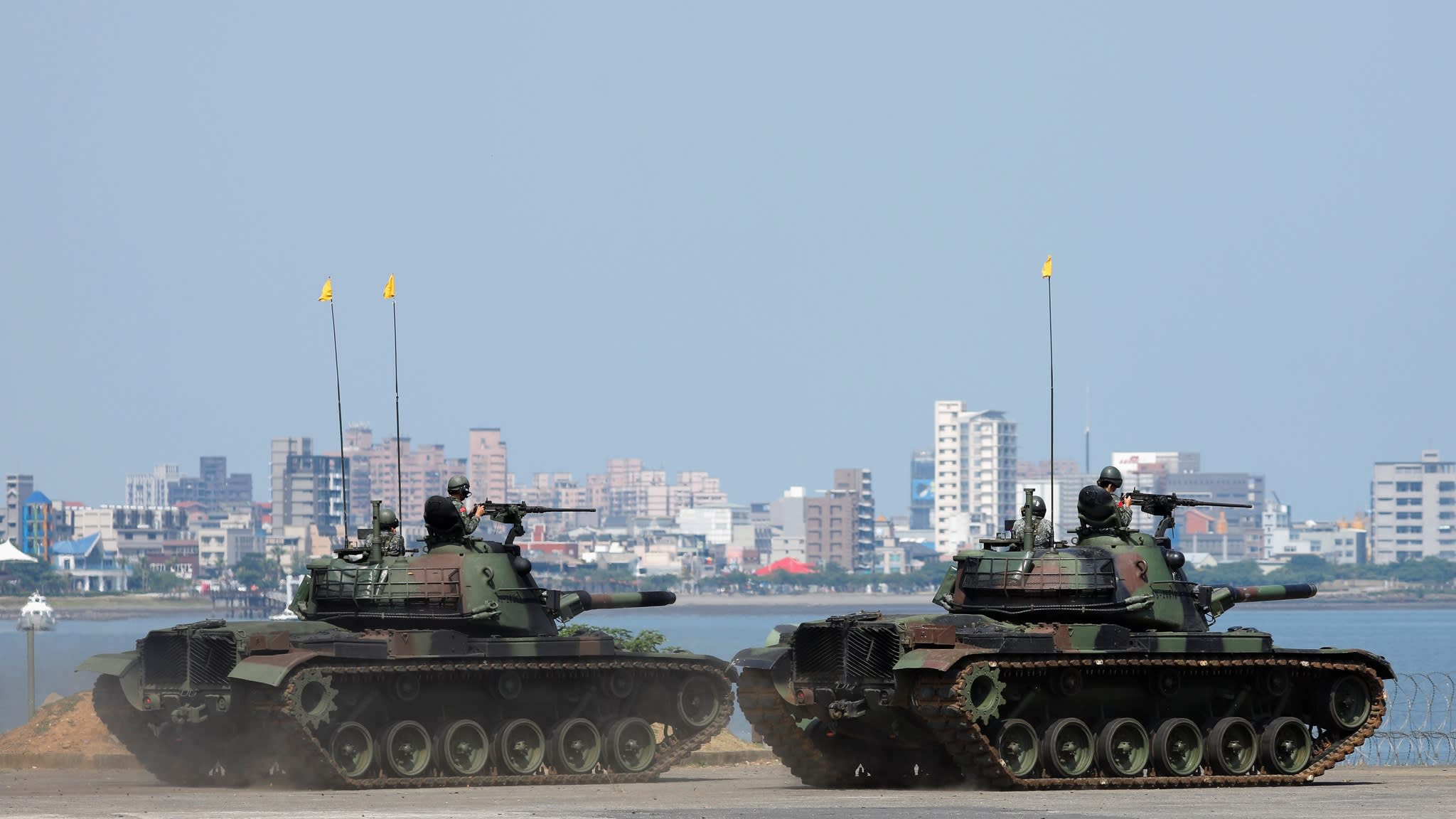 The Presidents of China and Taiwan marked the New Year with dueling speeches that starkly underscore the contrasting cultures, aspirations and directions being taken on either side of the Strait.

Neither Xi Jinping nor Tsai Ing-wen said anything that changes the status quo. But their combative words have underscored a well-worn truth -- that the lack of middle ground between Beijing and Taipei indicates that, while the risk of conflict is still remote, maintaining the current peaceful status quo will require greater attention and investment from Taiwan and the international community, including reassurances from U.S. President Donald Trump that a peaceful settlement is the only acceptable outcome.

Xi's speech commemorated the 40th anniversary of China's "Message to Compatriots in Taiwan" issued the same day as normalization of relations with the United States in 1979. Xi's speech broke no new ground, instead reiterating existing policies and sentiments, many of which were also covered in the 1979 Message. Then and now, China's position and messages are clear. Unchanged is the inevitability of reunification, the necessity of One China as its basis, and One Country, Two Systems as its end state. Both sides have shared heritage and economic interests, but military confrontation remains relevant. The 1979 Message announced China's decision to stop the artillery bombardment of Taiwan's offshore islands, just as Xi's speech forty years later reminded Taiwan that Beijing will unilaterally decide when and how to use military force to compel unification.

Tsai's New Year's Day speech was addressed to Beijing, punctuating the obvious disconnect between China's worn messages and the objective facts on the ground in Taiwan. She insisted China accept "four musts" as the basis for developing cross-Strait relations: China must face the reality of Taiwan's existence; China must respect Taiwan's commitment to freedom and democracy; China must handle cross-strait differences peacefully on a basis of equality; and negotiations must take place between governments or their authorized agents.

Beijing's unify-or-else message has failed to resonate in Taiwan, further diminishing the prospects that growing numbers in Taiwan will call for peaceful unification. China's politically-oppressive society is an anathema to the vibrant democracy in Taiwan which consistently tops international indexes and rankings of political, human rights and press freedoms.

China's insistence of reunification under a One Country, Two Systems framework rings hollow in Taiwan after Beijing's promises of a high-degree of autonomy and universal suffrage failed to materialize in Hong Kong. More broadly, the Communist Party's effort to dominate all aspects of life under Xi is characterized by increasingly extreme censorship, the elimination of civil society, crackdown on the practice of religion, and suppression of any form of dissent -- trends that are unthinkable in Taiwan's political society. Unification is even more unappealing for the people of Taiwan considering the mass incarceration in Western China of untold numbers of Muslim Chinese citizens, serving as a not so subtle foreshadowing of what life under unification might look like on the island.

The threat of China's military has hung over Taiwan since Chiang Kai-shek retreated to the island in 1949, and remains a key factor in the cross strait relationship today. Xi's speech emphasized that peaceful reunification is preferred, but he renewed the military threat, stating, "we make no promise to renounce the use of force and reserve the option of taking all necessary means." While the threat of military force is not new, the massive buildup of the People's Liberation Army over the past twenty years makes the threat more credible today than ever before.

Xi has demonstrated to Taiwan that China has the capability, and potentially also the intent to use force by staging live-fire exercises and deploying fighters, bombers and even China's first aircraft carrier to conduct missions around Taiwan's periphery.

In addition to dealing with China's political and economic pressure, Taiwan needs to promptly respond to China's military pressure and Xi's veiled threats if Taipei is to preserve its de facto freedom and democracy into the future. Increasing defense spending, adopting new military strategies, and strengthening bilateral security relationships are vital tasks for President Tsai.

This simple prescription is not easy for Taiwan, however. There is little public support for increased defense spending, or a return to conscription which would enlarge the military at relatively low cost. Transforming Taiwan's military capabilities is contentious too. Many senior officers in Taiwan's military remain enamored of large, expensive weapon systems which would not survive long in a conflict, arguing they play an important deterrence role in peacetime.

Those senior officers, and the general public, are ambivalent about unreservedly adopting an innovative, asymmetric strategy acquiring large numbers of small, affordable, mobile weapons and munitions that would challenge a PLA invading force.

Public debate -- and budget wrangling -- remains focused on new fighters, tanks and large ships, rather than sea mines, mobile anti-ship cruise missiles, mobile air defenses and infrastructure which would survive longer against the PLA's initial strikes and be able to fight an invading force once it reaches Taiwan's shores.

President Tsai should look again at defense industrial policies that prompt domestic defense suppliers to advocate for large, domestically-built weapon systems at the expense of survivable, asymmetric ones, or strategically-important acquisitions from Washington. Getting the right mix of conventional and asymmetric capabilities will be crucial for Taiwan's long-term survival.

United States and other countries can and should do more to support Taiwan's security, including helping Taiwan counterparts support the transformation of Taiwan's military.

U.S. reassurance efforts should continue to be carefully calibrated to deter Beijing from aggression, without encouraging politicians in Taipei to take actions that needlessly antagonize Beijing.

Furthermore, the Trump Administration should also publicly reassure the people of Taiwan that it does not seek a grand bargain with Beijing, confirming that the unofficial U.S.-Taiwan relationship will remain strong and not be harmed by efforts to reach a trade deal with China, or resolve the nuclear issue with North Korea.

The two speeches reaffirm the wide political gulf between China and Taiwan and the improbability of a peaceful political solution in the near future. Therefore, international support for Taiwan's security, and getting Taiwan's military transformation right will ensure that a metaphorical moat continues to exist to protect the current peaceful status quo. Drew Thompson is a former U.S. Department of Defense Official responsible for China and Taiwan and is currently a fellow at the Lee Kuan Yew School of Public Policy at National University of Singapore. He can be followed on Twitter at @TangAnZhu