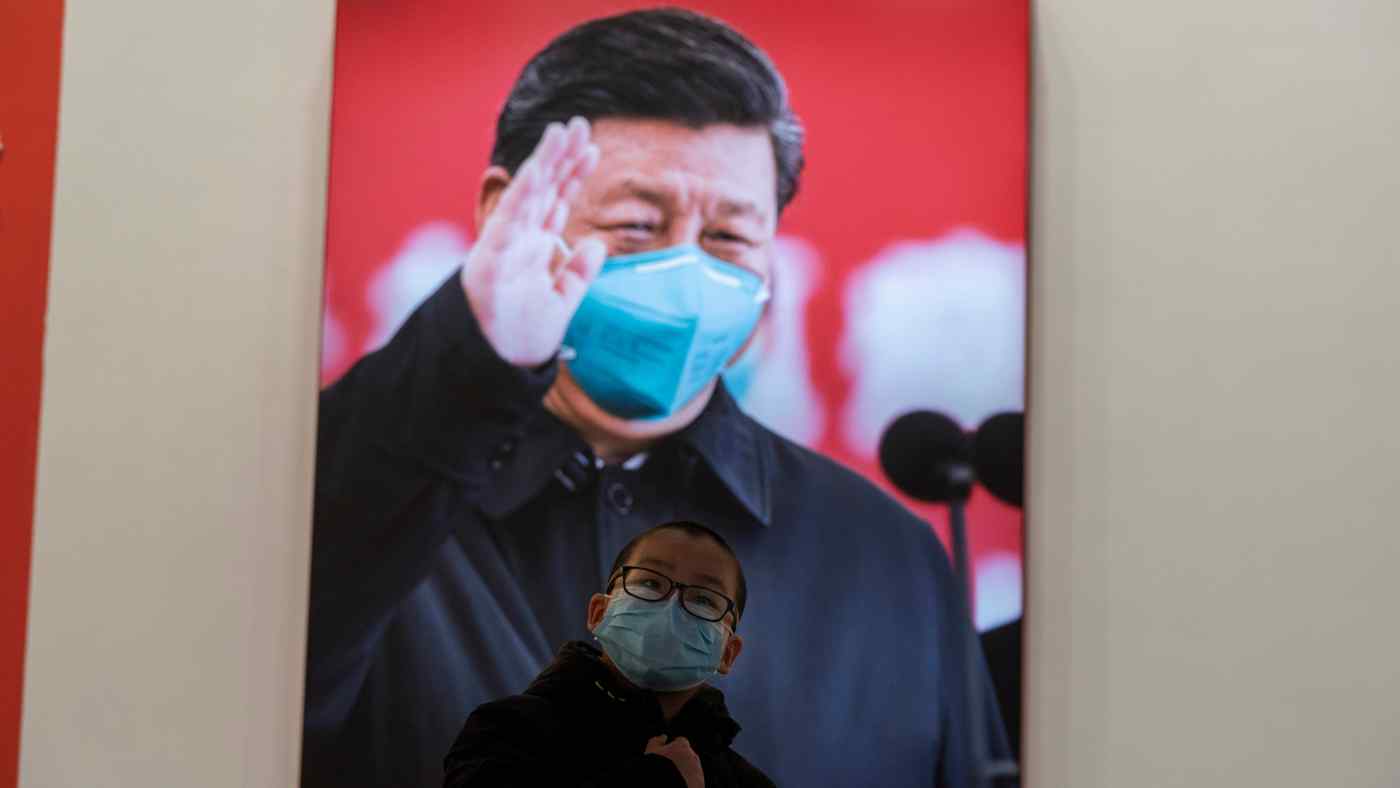 An image of Xi Jinping at an exhibition on the fight against the outbreak in Wuhan, pictured on Jan. 23: the real lesson is the harm caused by excessive secrecy.   © AP
CopyCopied

Anniversaries are occasions for reflection. As China marks the anniversary of the outbreak of the coronavirus pandemic in Wuhan, it seems that its leaders ought to learn some lessons from this once-in-a-century calamity so that similar mistakes will not be made in the future.

But judging by the amount of propaganda glorifying the role of the Chinese Communist Party and its strongman leader, Xi Jinping, it is obvious that China's rulers are in no mood for reflection. If anything, they are celebrating the regime's purported "system superiority" -- its capacity for effective governance during the pandemic.

On the surface, China may be forgiven for crowing about the superiority of one-party rule. After all, it managed to suppress the virus relatively quickly and restore economic growth when leading rich democracies such as the U.S. and U.K. bungled their response to the pandemic.

Unfortunately, Beijing's narrative of its system superiority conveniently, if not cynically, omits a crucial truth. Beijing's initial response to the outbreak in Wuhan was nothing short of disastrous because the regime's secrecy and censorship muzzled the warnings sounded by doctors and scientists. Had local officials in Wuhan allowed more transparency, China -- and the rest of the world -- would likely have mounted a more effective response and saved more lives.

The real lesson the Chinese government should learn from the COVID outbreak is the harm caused by excessive secrecy.

To be sure, nobody expects the CCP to embrace full transparency -- its very survival depends on keeping the public in the dark about the regime's failures. At the same time, Beijing must be aware that excessive secrecy and censorship is costly, and can sometimes lead to existential calamities.

One well-known consequence of too much secrecy and censorship is information asymmetry, where local officials are allowed to mislead the senior leadership. In any political system, local officials control more information than their superiors. Their incentive is always to report good news that can advance their careers, and suppress bad news that reflects poorly on their performance. In more democratic societies, a free press and civil society act as a kind of safety valve to mitigate such problems. Totalitarian regimes are subject to no such scrutiny.

In China's case, the CCP relies on a confidential reporting system to pass along valuable information directly without informing the public. This system relies on a relatively small group of elite journalists working for central government-owned media organs such as The People's Daily and Xinhua News Agency, who write classified reports for senior leaders only. For instance, Guonei dongtai qingyang, or Galley Proofs of Domestic Emerging Developments, are published by Xinhua daily for the eyes of officials at or above ministerial rank only.

Under ordinary circumstances, this system has obvious uses. But the drawbacks are plain to see. Its reach is constrained by the small number of journalists trusted with the task. Even access to the information directly controlled by local officials is easily choked off because, in the Chinese system, elite reporters must obtain the support of local officials to do their job.

Based on the central government's reaction to the initial reports of a novel coronavirus outbreak in Wuhan in early January last year, it was apparent that this system failed to do its job.

Besides information asymmetry, China's obsession with secrecy is also subject to the law of diminishing returns. It is understandable why dictators want to hide their dirty secrets, but the cost of keeping those secrets keeps rising.

In the case of the initial COVID outbreak in Wuhan, it was highly unlikely that disclosing the crucial facts that the new virus was similar to SARS, and that health care workers were infected, would have posed a threat to public order. But not doing so not only unleased a pandemic, it has stained China's image.

What China's rulers need to understand is that there is an inverse relationship between secrecy and credibility. The more secretive a regime tries to be, the more creditability it loses. For China, the costs of lower credibility are high, albeit hard to calculate given that its economic data are generally deemed suspect, if not fabricated. Lack of transparency has also led to the efficacy of China's COVID vaccines being discounted, while the most recent mission by a World Health Organization team to investigate the origins of the virus has failed to rehabilitate China's reputation largely because of widespread skepticism surrounding access to sites and evidence. WHO team members visit the Huanan seafood market in Wuhan on Jan. 31: the investigation has failed to rehabilitate China's reputation.   © Getty Images

If there is one lesson China needs to learn from its initial handling of the COVID crisis, it is the counterproductive nature of excessive secrecy.

Realistically, of course, we should not expect China to free the press and social media overnight. But given the high costs of hiding information, the CCP should consider letting in a bit more sunlight. Even a return to the albeit severely constrained freedom of expression and government transparency that existed before Xi's presidency would be a welcome first step.

After all, between 1992 and 2012, when China was under a softer form of authoritarian rule, the CCP enjoyed a period of unprecedented peace and prosperity. Under Xi's hard authoritarian reign, those achievements are now at risk.