Protecting foreign investors has never been a top priority 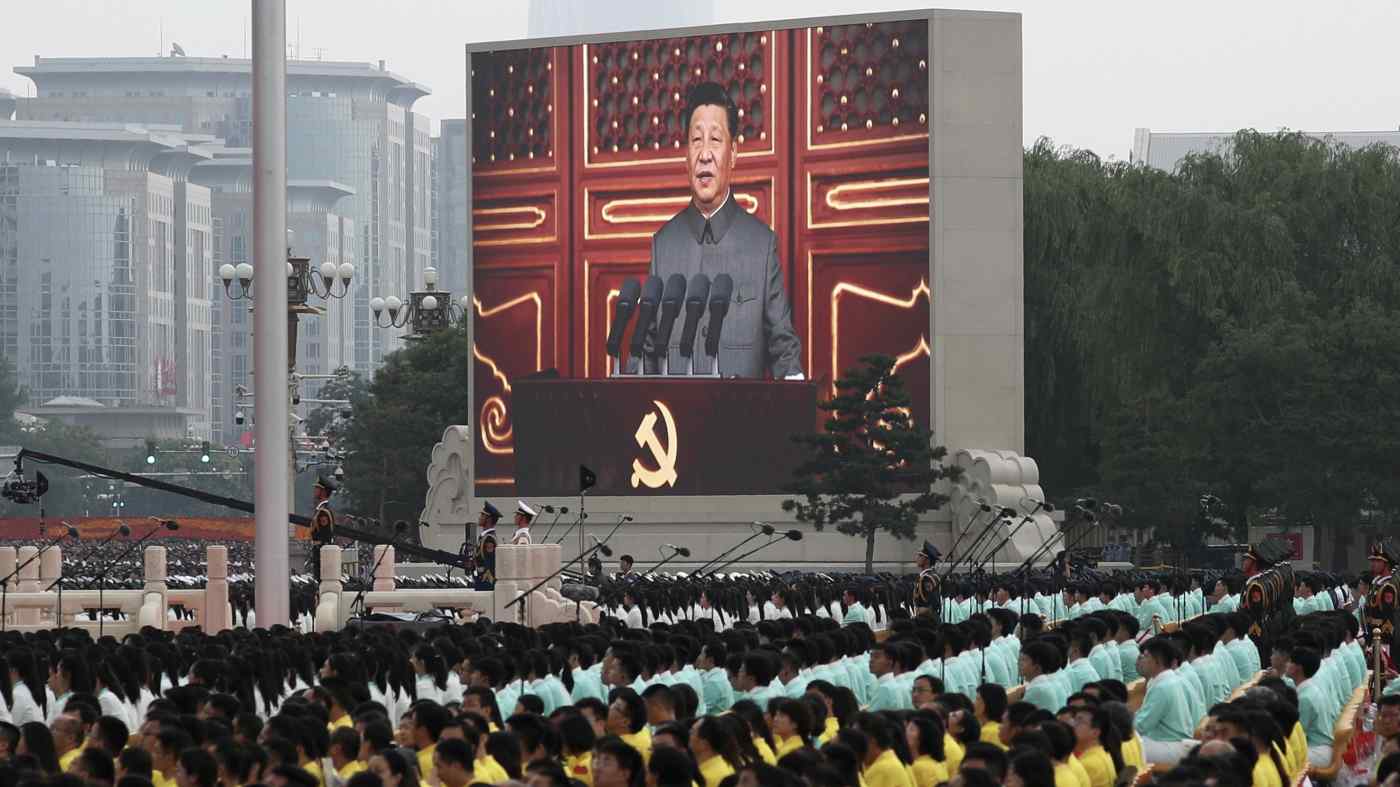 Chinese President Xi Jinping delivers a speech at an event marking the 100th founding anniversary of the Communist Party of China, in Tiananmen Square, Beijing, on July 1.   © Reuters
CopyCopied

Beijing's label for its economic system -- "socialism with Chinese characteristics" -- has long prompted sniggers outside the country as a rhetorical fig leaf that allows the Communist Party to preside over unbridled capitalism.

Xi Jinping's sweeping crackdown on China's tech giants, combined with a devil-may-care attitude to the fallout in local and global capital markets, is making many think again.

Private companies that grew into household names in China and overseas have been hit with a raft of regulations that strike at the heart of their business models.

But Xi Jinping has turned their world on its head. Once feted as business geniuses, their billionaire founders, like Alibaba's Jack Ma, have been forced to retreat, passively awaiting whatever decree the ruling party has in mind next for their industries.

Foreigners investing in China have long had to calibrate political risk in managing their operations. The crackdown is a reminder that local companies are equally exposed to the whims of the party-state.

It is hard to trace the recent measures against tech and other companies to any one thing. It is in part regulatory, because of the overreach of tech giants like Alibaba; in part political, because of the need by the Chinese Communist Party (CCP) to stay in control of the economy and eliminate alternative power centers; and in part geopolitical, driven by the policy to decouple key sectors from the U.S. Once feted as business geniuses, the billionaire founders of China's tech giants, like Alibaba's Jack Ma, have been forced to retreat.   © Reuters

There is also a whiff in China's crackdown of what Washington did in response to the excesses of robber-baron capitalism in the U.S. in the late 19th century, which resulted in groundbreaking antimonopoly actions.

In many respects, Xi's campaign is simply an extension of the kind of ruthless measures he unleashed on coming to power in late 2012, to clean up the system, to make it more responsive to his aims and that of the CCP and to ready the country for heightened competition with the West.

The anti-corruption campaign started by targeting government officials and big state companies, many of which had been considered untouchable, such as the energy sector.

Toward the end of his first term, Xi's focus shifted to entrepreneurs, mainly in real estate, a sector that relies on close ties to government to obtain land. Developers spending big overseas came under particular scrutiny. A number who pushed back went to jail.

The CCP has long worried about the creation of a politically powerful "oligarch" class, as happened in Russia in the 1990s. They were always going to make sure that didn't happen in China. However, underlying these trends may be an issue that is of even greater concern to Xi Jinping and the leadership.

In recent decades, the big winners of Chinese economic reform have been the urban middle class, who have benefited from economic growth far more than rural residents.

The easy gains for city dwellers are now diminishing. Economic growth is settling at about 5% a year -- even slower in the richer cities -- and a far cry from the days of when each year brought double-digit increases.

In the meantime, the cost of living, and having and raising children, is becoming prohibitive. The kinds of complaints that one hears from millennials in developed countries -- that they can't afford to buy a home or have children -- are now even louder in China.

One byproduct is China's falling birthrate, which the ruling party sees as a potentially fatal long-term weakness. The one-child policy has been slowly dismantled over the last decade and families are now encouraged to have as many as three children, although few couples are doing so.

Just as happened in the U.S., rising inequality is gnawing away China's social compact. While Beijing looked on as disillusionment with mainstream politics produced Donald Trump in the U.S., the CCP doesn't want to feed populist forces inside China. Despite the sniggers at official rhetoric, China is still a socialist country.

Some rather smug commentators, leafing through Xi's collected works, have suggested that the crackdown has been telegraphed for years. But that ignores the fact that many of the targets of the crackdown have been allowed to prosper under Xi, including by listing overseas.

Even if the latest campaign has been approved at the very top, from Xi and his office, the execution has been haphazard and caused splits at senior levels in the bureaucracy.

But if China's securities regulator frets about the damage wrought on markets from how the policy changes were introduced, Xi has not suggested that he agrees.

Indeed, the prevailing state media line is that the current crackdown, while messy, is a necessary corrective to what orthodox Marxists would label as dangerous monopoly capitalism.

If there is a single lesson for traumatized investors, it is that the status quo in China can change overnight. Xi has many priorities. Building socialism is at the top of the list. Helping foreign investors is not.