Parallels to the 1997 Asian financial crisis are obvious 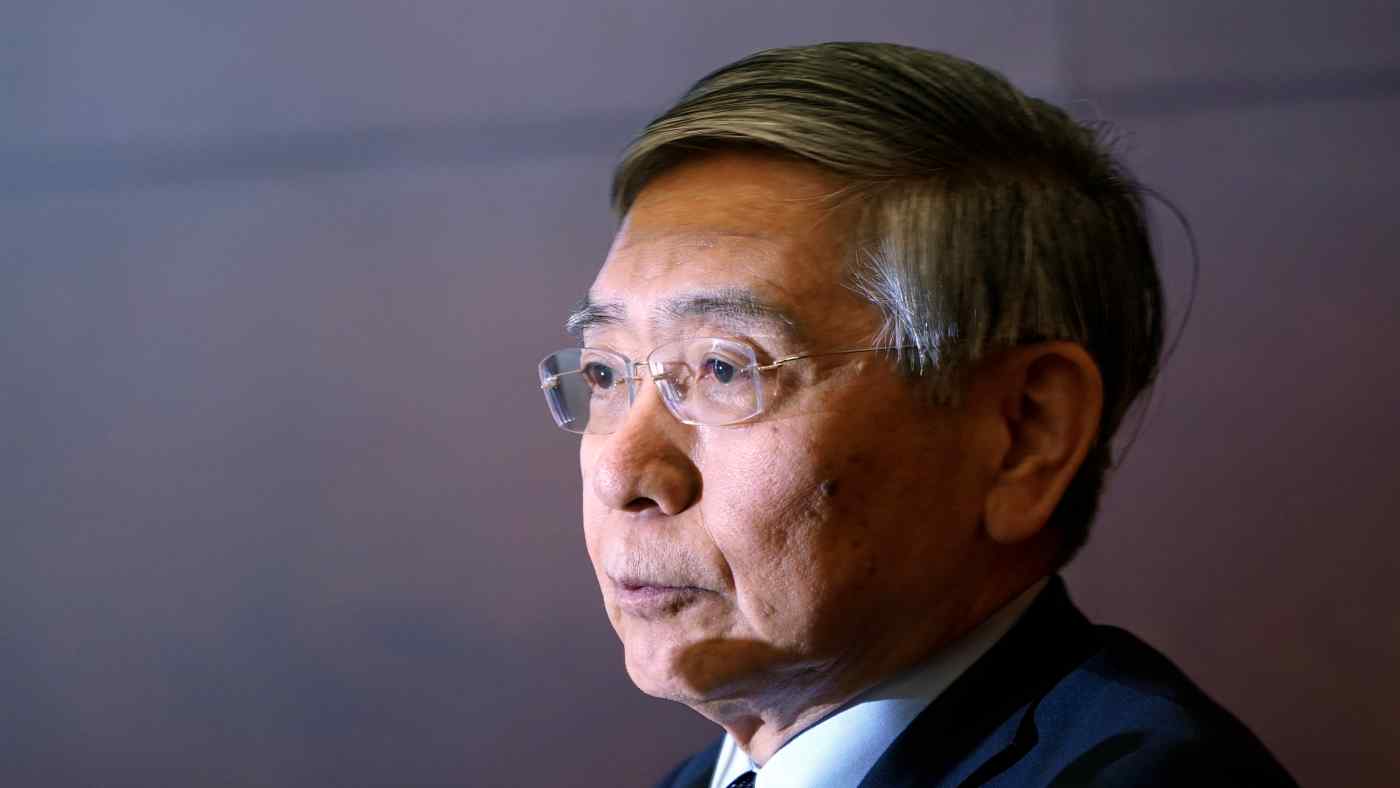 Bank of Japan Gov. Haruhiko Kuroda: All eyes are on him.   © AP
CopyCopied

It may be time to give "Mr. Yen" a new nickname. Eisuke Sakakibara is now "Mr. Peso."

If the one-time Ministry of Finance sachem is right, and Japan's currency will tumble to 150 to the dollar, that will not be hyperbole. Which peso -- Argentina, Mexico, Philippines -- is debatable. What is not in dispute is that Tokyo has an international banknote run on its hands that might soon spill over to a market near you.

Oddly, the yen's slide to 135 has been unfolding in plain sight for weeks, ignored by global markets. Fears the Bank of Japan has lost control are now fueling a major risk-off pivot on stock exchanges everywhere.

Already, the yen seems to be trying to outdo Bitcoin's unraveling. Could things get a whole lot worse? Absolutely, warns Jim O'Neill, the former Goldman Sachs economist who brought us that BRICs fantasy, the acronym he coined to group together the five major emerging economies of Brazil, Russia, India and China.

In 2001, O'Neill tried to sell the view that Brazil, Russia, India and China were about to revolutionize the world economy. Well, it depends on your definition. Rather than a consortium for the future, BRICs ended up a cautionary tale of delusion, hubris and autocratic backsliding.

O'Neill told Bloomberg in a recent interview that a drop in the yen to 150 could catalyze a meltdown on the scale of the 1997 Asian financial crisis. And possibly force China to react in kind.

"If the yen keeps weakening, China will see this as an unfair competitive advantage, so the parallels to the Asian financial crisis are perfectly obvious," O'Neill said. "China would not want this devaluing of currencies to threaten their economy."

The last time the global economy panicked over a big yuan decline was back in 1997, when Sakakibara was Japan's vice minister of finance for international affairs. In the months after, Thailand, Indonesia and South Korea devalued, and the world worried that China would do the same. Chinese action, investors fretted, would add fuel to the crisis, forcing other Asian governments to devalue. Concerns about a fresh domino effect hit a fever pitch in late 1997 when market turmoil claimed a major prize: the collapse of the then-100-year-old Yamaichi Securities, one of Japan's fabled big-four brokerages.

Smelling blood in the water, speculators looked for the next psychologically important institution to fall. Target number one was the Hong Kong dollar peg. The other was a Chinese devaluation. Both, of course, avoided the worst fates that markets feared at the time.

Yet the drama in currency markets, circa 1997, is worth revisiting. The crux of it was traders obsessing over what Japan's Minister of Finance and the People's Bank of China might do. Yamaichi's crash in November 1997 demonstrated how close to the edge Tokyo was at the time. And the buzz about a Chinese devaluation had reached a state of high excitement.

It is ironic that, 25 years later, Japan's MOF and China's central bank are again circling one another, with traders left wondering who will flinch first.

The Bank of Japan is scrambling to intervene in the government bond market, never mind the yen. On Monday, Gov. Haruhiko Kuroda's team made its biggest bond purchases since July 2018, more than $11 billion.

This action alone shows the trap in which the BOJ finds itself. If it tries to ease further, the yen's path toward 150 or perhaps beyond is virtually assured. If Kuroda withdraws liquidity to support the yen, the entire bond market could crack.

Kuroda, it is worth noting, replaced Sakakibara as Japan's "Mr. Yen" in 1999. So, he understands the winks, nods and secret handshakes that govern currency market dynamics. Though the MOF would technically make the call on formal intervention, all eyes are on Kuroda, the face of Japan's economy.

Prime Minister Fumio Kishida, too. A Poll conducted by Kyodo News in June shows that roughly 64% of voters are dissatisfied with the government's response to global inflation. For Japan, much of it is being imported via rising energy and other commodity prices, thanks to a yen at 20-year lows.

Options available to Tokyo are limited. As economist Mark Sobel at the Official Monetary and Financial Institutions Forum points out, the yen's decline cannot be blamed on strange market events. Currency trends "are not showing signs of disorder," he says. "While the yen is lower, bid-offer spreads are reasonable and FX business is getting done."

The only real answer might be forging a united front with the U.S. and Europe. A bout of joint intervention to boost the yen and the threat of more to come might be the only way to reverse the peso-ization of the yen. Given how Kishida has Joe Biden's back in the Ukraine crisis, he could call on the U.S. president to save the yen and reassure officials in Beijing.

But whatever happens, the yen's nose-dive is the price of 20 years of prioritizing a weaker exchange rate over reforms to reanimate Japan's animal spirits. Now the strategy, like some financial version of Frankenstein's monster, has taken on a life of its own and come back to haunt its creators.

The more the BOJ keeps its foot in the monetary accelerator and the U.S. Federal Reserve hits the brakes, the faster the yen will slide toward 150. And the more plausible O'Neill's worries about an Asian Crisis 2.0 become.