In pictures: Joe Biden takes oath of office as 46th US president

Joe Biden was sworn in Wednesday as the 46th U.S. president and Kamala Harris became the first woman, first Black person and first South Asian American to assume the office of vice president. Here are photos and videos from the historic moments of Inauguration Day.

Flags line the National Mall in front of the U.S. Capitol before the start of Biden's swearing-in ceremony. Lady Gaga sings the "The Star-Spangled Banner," the U.S. national anthem, during the ceremony. National Guard members salute in front of the U.S. Capitol amid heavy security put in place following the Jan. 6 assault on the legislature by supporters of President Donald Trump. 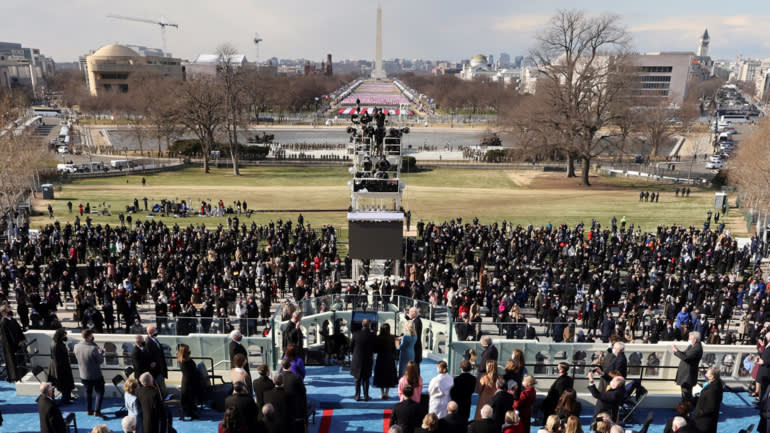 Biden, right, is seen taking the oath from Roberts, left.

Biden delivers his inaugural address during the the ceremony. Buttons with Biden's image are seen ahead of his inauguration.

Trump departs with first lady Melania Trump from Joint Base Andrews outside Washington after he delivers remarks during this final speech as president. 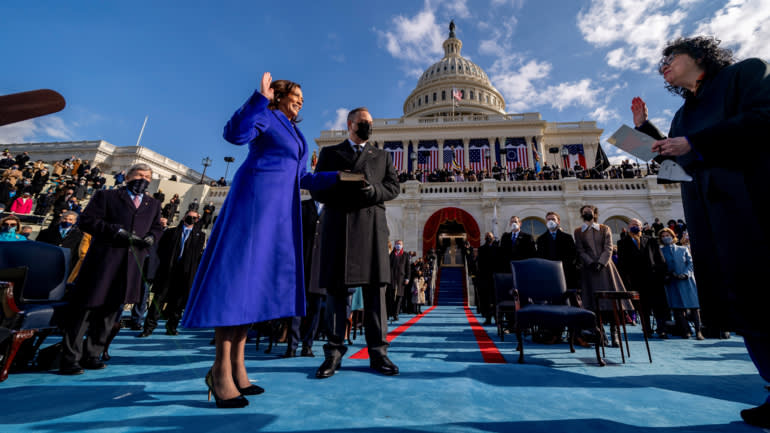 Kamala Harris is sworn in as vice president by Justice Sonia Sotomayor as Harris' husband, Doug Emhoff, holds the Bible.

After the swearing-in, people celebrate in the village of Thulasendrapuram in the Indian state of Tamil Nadu where Harris' maternal grandfather was born and grew up. Biden gets out of his limousine and greets well wishers after being inaugurated. Biden is pictured with executive orders on his desk in the Oval Office at the White House.

Biden conducts a virtual swearing-in ceremony for members of his new administration via Zoom in the State Dining Room at the White House just hours after becoming president. 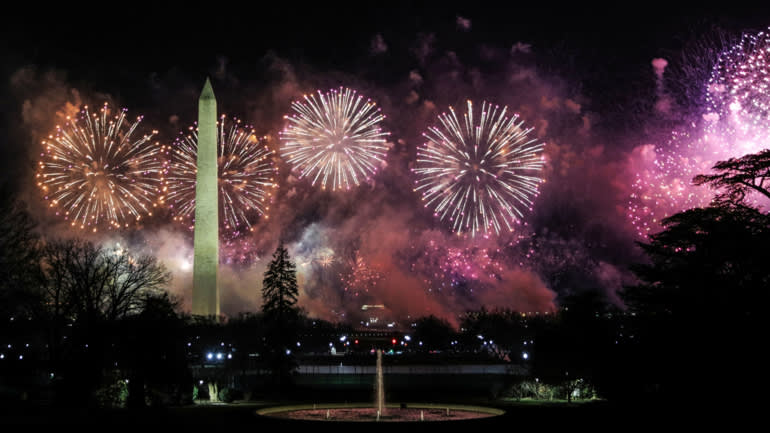 Fireworks light up the sky over the Washington Monument during the "Celebrating America" event after the inauguration.