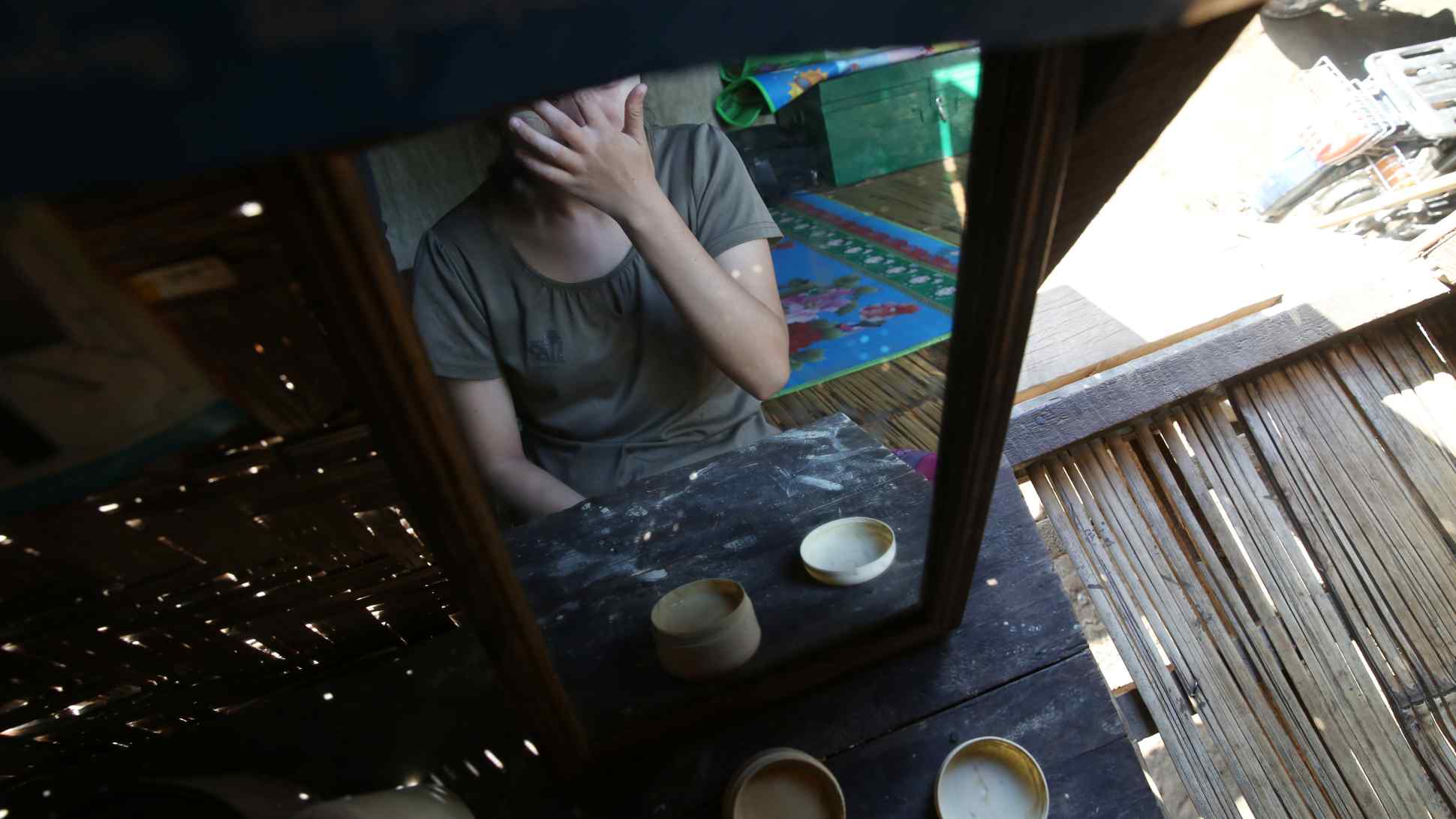 Kohon Ja, a Myanmar woman, applies “thanaka,” a traditional cosmetic paste made from finely ground bark, to her face at her home. She was forced to marry a Chinese man. (Photo by Rie Ishii)
Photos

In pictures: Myanmar women trafficked as brides in China

Casting shadow on Belt and Road, victims share their ordeals

MYITKYINA, Myanmar -- Under sustained criticism from the international community for the "ethnic cleansing" of its Rohingya Muslim minority, Myanmar has also harbored another serious humanitarian issue for years -- "bride trafficking."

In the states of Kachin and Shan, embroiled in bloody ethnic conflict for decades, more than 100,000 people have fled their villages. They have become internally displaced persons, or IDPs, living in camps, many of whom frequently go to China to earn money as illegal migrant workers.